Expect fireworks at the Australian leg of BHP Billiton’s annual meeting process, to be held in Perth this week. 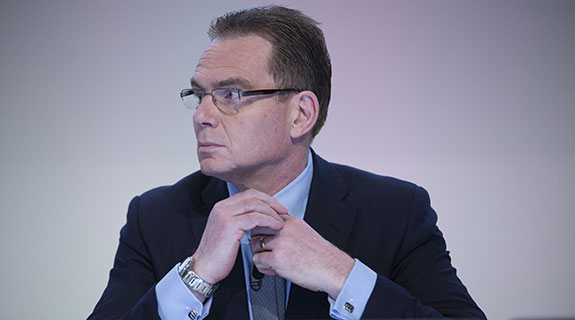 CHALLENGE: Tough questions await Andrew Mackenzie and the BHP Billiton board at this week’s meeting in Perth.

Expect fireworks at the Australian leg of BHP Billiton’s annual meeting process, to be held in Perth this week.

Brazil may be a long way from Western Australia, but recent events there will affect what happens here, with Perth likely to be the place where BHP Billiton is forced to reveal significant changes to the way it operates.

Next Thursday (November 19) is crunch day for the giant mining company, because that’s when its shareholders, and critics, meet at the Perth Convention and Exhibition Centre for the Australian leg of its two-phase annual meeting process.

Normally there would not be anything said at the Perth meeting that wasn’t said at the London leg of the company’s meeting, held on October 22.

However these are not normal times, because an event BHP Billiton calls ‘an incident’, but which other people are calling ‘a catastrophe’, has the potential to reshape the business from board level down; and no-one will be safe as the inquiries and recriminations start.

The ‘incident’ was the bursting of a mine tailings dam at the Samarco iron ore business, which is half-owned by BHP Billiton and half-owned by Brazil’s biggest mining company, Vale.

At the time Business News went to press, three people had been confirmed dead and 28 were still missing from a small town inundated by a wall of mud released from the ruptured dam. The mine itself, one of the biggest in the world, was closed and is likely to stay that way for several years.

For BHP Billiton management, the Samarco incident is a nightmare for many reasons; and like all difficult situations, there are signs that bad decisions are being made by some BHP Billiton staff, who perhaps do not yet realise that the world is watching very closely.

Two events in the days immediately after news of the Samarco crisis underline how BHP Billiton is struggling.

The first was a report in The Australian newspaper that the company’s public relations team told the chief executive, Andrew Mackenzie, that he should not call a media briefing to talk about what had happened at Samarco. If correct, it was an appalling piece of advice, which smacked of an attempt to dodge responsibilities and which Mr Mackenzie, quite correctly, ignored.

The second was a statement from BHP Billiton to The Wall Street Journal newspaper in New York that a Brazilian company, Samarco Mineracao SA, was “responsible for the entirety” of the operations of the iron ore mine.

Legally, that statement about responsibility is correct. Samarco is a 50-50 joint venture with Vale and the business is located in Brazil and government by Brazilian laws.

Ethically, however, it appears to be another attempt at damage limitation similar to the way advisers told Mr Mackenzie to not front the media to discuss the situation.

It is perhaps going too far to say that executives at BHP Billiton have panicked in the wake of the Samarco incident, but the two responses outlined above may have resulted from a recognition the Samarco incident will assume crisis proportions by the time of BHP’s Perth meeting.

The problems BHP Billiton management will not be able to wish away start with the deaths at Samarco and then move up to questions about whether staff at the Australian company were paying sufficient attention to worksite safety and design standards at the Brazilian mine, even if it was part of a joint venture

Questions also need to be asked about whether deep cost cutting across the mining industry was a factor in the dam not being monitored more closely, as all dams must be.

Perth-based executives in BHP Billiton’s iron ore division will point out that what happened in Brazil was none of their business, but that will not stop questions being asked about whether they should have made it their business – because Samarco is a multi-billion dollar iron ore investment by BHP Billiton.

Money, which everyone is avoiding discussing in the days after the tragedy, will be a huge issue at next week’s meeting of BHP Billiton shareholders in Perth because the costs associated with the Samarco dam failure are potentially huge.

Not only is there an immediate clean-up and repair cost estimated at $US1 billion, there’s the opportunity cost of the mine, which has recently undergoing a $US3.2 billion expansion, being out of action until the year 2019.

And that’s before the question of punitive damages is raised, of the sort that rocked British Petroleum to its core after the Macondo oil spill in the Gulf of Mexico.

But what really worries BHP Billiton shareholders is that the cost of the Samarco incident will force the board to drop its promise of a ‘progressive’ dividend, which has made the company an essential part of most Australian investment portfolios.

The dividend policy was the subject of criticism before Samarco because it looked likely that BHP Billiton would have to raise fresh debt to service the promised dividend at a time of low commodity prices.

The prospect of shareholders being told at the Perth meeting that the dividend promise is being abandoned is a factor in the sharp share price fall suffered by BHP Billiton since the Samarco mine was knocked out of action by the burst dam.

BHP Billiton is not the only Australian mining company affected by what’s just happened in Brazil, with Perth-based Iluka Resources on the verge of making a decision that could launch it into the risky business of third-world mining.

Iluka’s target is the Moma titanium and zircon mine in Mozambique, a business that has proved too difficult for its Irish owner, Kenmare Resources.

A takeover bid for Kenmare launched last year, and revised in May this year, remains incomplete thanks to a tortuous approvals process involving the government of the West African country.

What’s happening at the Samarco mine in Brazil might not seem to be a factor in stopping Iluka from pushing ahead with its pursuit of Moma, but there will be Iluka shareholders who are not happy with their company adding a high-risk African mine to a portfolio dominated by safe assets in Australia.