Who’s on the October ballot?

Suspended councillors, deputy mayors and media personalities are among the dozens of candidates running for council in the City of Perth’s upcoming election. 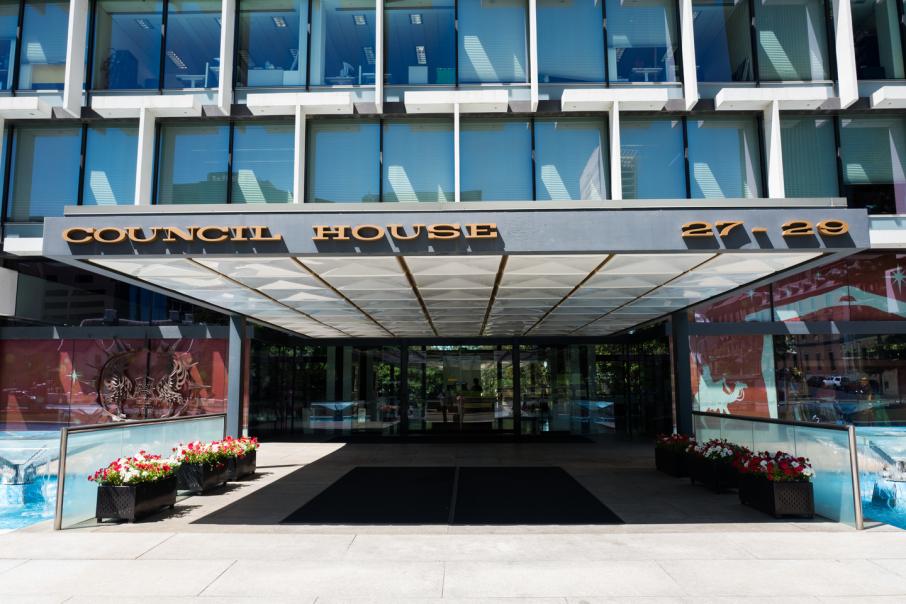 Elections to the City of Perth's mayoralty and eight council positions will be held October 17. Photo: Attila Csaszar

Suspended councillors, deputy mayors and media personalities are among the dozens of candidates running for council in the City of Perth’s upcoming election.

Prospective candidates had until 4pm yesterday to nominate.

Notable omissions include Mustang Bar managing director Michael Keiller and prominent businesswoman Gloria Zhang, who were deemed ineligible to run due to the nature of their nominated lease agreements.

Both candidates were running in support of media personality Basil Zempilas.

That comes as the City of Perth has delayed its ballot draw to determine the order in which candidates will appear on the ballot.

According to the WA Electoral Commission, the delay stems from a complex enrolment eligibility matter associated with the City of Perth's owners and occupiers roll.

It is thought the delay related to late entry of David Ho, who is running for a position on council.

RSL WA chief executive John McCourt had announced a council bid in August, however, he told Business News he had withdrawn his candidacy citing personal and business reasons.

There are now seven candidates for lord mayor and 27 candidates running for eight council positions.

Four councillors will serve three-year terms, with the remaining four serving just a single year before they must again recontest their position.

The new lord mayor will serve a three-year term.

Elections will be held on October 17.

Who is running for mayor?

-         Journalist and presenter Mark Gibson joined the race for lord mayor in June, campaigning primarily on residential issues. He has vowed to forgo all of his media commitments if elected, and has retained no assistance from either political parties or outside advisers throughout his campaign.

-         Media personality Basil Zempilas has toyed with a bid as early as January and in that time has received largely uncritical coverage from Seven West Media's outlets. His campaign has focused on flashpoint issues such as homelessness and crime, and in March, he received the endorsement of the city’s previous lord mayor, Lisa Scaffidi.

-         Retired magistrate Tim Schwass announced he would run in March, becoming the second candidate to declare a bid. He has made good governance central to his campaign, arguing that a successful lord mayor will need extensive knowledge of the law if they are to succeed in the role.

-         Spacecubed founder and managing director Brodie McCulloch came to the race with an extensive record in business, with more than a decade running his co-working space startup. Central to his campaign has been a pledge to build a ‘smart city’ as well as transition the city’s buildings to 100 per cent use of renewable energy by 2030.

-         Activate Perth chair Di Bain ran for council in 2017 and came fewer than 300 votes shy of winning. This year she will contest both the lord mayor’s race and a position on council. She’s made ‘activation’ a key theme of her campaign, arguing that greater use of unused space and relaxation of some planning laws will bring residency and activity back to the city.

-         Lawyer and architect Sandy Anghie brings experience with the not-for-profit project Historic Heart of Perth to the race, and like Ms Bain, will also contest a seat on council alongside her lord mayoral campaign. Drawing on her experience working on revitalisation of East Perth, her major campaign pledge has been to focus on promoting a city of neighbourhoods that emphasise the character of Perth’s six composite suburbs.

-         Crush managing director Bruce Reynolds entered the race late, announcing his bid just one day before the filing deadline. A local business owner who has served on the board of several not-for-profit entities, he has vowed to relinquish a third of his income as lord mayor to developing young leadership in the city. Mr Reynolds will also contest a position on council.

Who is running for council?

-         Brent Fleeton previously served as a councillor at the City of Bayswater and as an adviser to the Liberal Party of WA. He is campaigning on the creation of Perth’s own minerals exchange as a way of recovering from the COVID-19 pandemic.

-         Dwayne Berwick moved to Perth more than a decade ago with experience in the mining industry. He lists his management and communication skills as qualifications for the job.

-         Friends Restaurant owner Clyde Bevan has previously served as a councillor in the Shire of Kalamunda, and in the 1980s contested seats on behalf of the Australian Labor Party WA. He is one of two candidates who has endorsed Mr Zempilas’ lord mayoral bid.

-         Michelle Rosenberg is a small business owner who is focussing on collaboration between local government and business. She’s flagged activation events, appealing to young residents and inviting the state government to resolve homelessness issues as key aspects of her campaign.

-         Vance Franklin is a Northbridge resident who has said he would like to support a diversity of thinking across residents and businesses if elected.

-         Former City of Melville deputy mayor Rebecca Gordon is touting her experience on the local government standards panel in her bid for council. She has a background in law and corporate governance and claims she would come to the job with significant decision-making experience.

-         Physician Viktor Ko is campaigning on making Perth a gateway city for Asia, as well as bringing more renewable energy, cycle paths and a university into the CBD. He has practiced medicine at Royal Perth Hospital and Sir Charles Gairdner, and has worked in regional areas such as Albany and Kalgoorlie.

-         Mark Davidson has worked with SGS Australia for more than a decade, serving in executive and management positions in the company’s Africa division between 2011 and 2019. He wants to make Perth a welcoming location for families and private investment.

-         Raj Doshi has hosted musical events in the city in recent years, serving as chair of the Concerto Council for three years. She has said she will attempt to bring local primary schools and smart parking solutions to the city if elected.

-         Deni Symonds has worked with the state government and has said that experience will inform his approach to working through local government bureaucracy. He is focusing on providing services to the city’s homeless population and will focus on fiscal management issues.

-         Leah Xia owns Cannington-based PLAY Dance Studio, and is focusing on bringing international students and foreign investors back to Perth. She is also focusing on resolving homelessness and supporting small businesses.

-         Former City of Joondalup deputy mayor Liam Gobbert has a decade of experience in local government. He has flagged collaborating with the state government to end homelessness and pushing for an Indigenous cultural centre among his priorities if elected.

-         Aimee Smith was formerly an adviser to Greens WA on climate change. She’s said she will focus on issues such as sustainability, performing arts and pedestrian access if elected.

-         Former City of Gosnells deputy mayor Terresa Lynes has said she will focus on issues such as entertainment, parking and safety if elected. She is also vice president of the Australian Local Government Women’s Association WA branch and has worked to increase the representation of women in local government.

-         Nancy Haddaden has worked with the City of Perth as part of its community reference group to help formulate a community needs study. She is also a civil engineer, and has said she will focus on the needs of young and elderly residents if elected.

-         Former Australian Parents Council president Shelley Hill is promoting her leadership experience and an approach to caring for the city’s homeless population. She has also said she would like to celebrate the city’s Indigenous heritage.

-         Lexi Barton was elected to the City of Perth’s council in 2017 before being suspended in 2018 following allegations of factionalism against the entire council. The final inquiry report did not accuse her of wrongdoing. She is one of two candidates who will recontest a position on council.

-         Reece Harley was first elected to council in 2013 and subsequently re-elected in 2017. He campaigned for lord mayor in 2015 and, like Ms Barton, was part of the council that was suspended in 2018. Mr Harley was not accused of wrongdoing in the inquiry’s final report.

-         WA Holiday Guide managing director Andrew Toulalan will focus on issues such as safety, vibrancy and pedestrian access if elected. He was the first person to buy a commercial residency in Elizabeth Quay when it was completed in 2015.

-         Migration agent David Ho was a late entry to the race and will appear on the ballot. He has said he will "team up" with other councillors to make the city more responsive to the demands of the electorate.