Opinion: Investors are awaiting clues as to Wesfarmers’ next moves, as it exits the British hardware business and plans a spin-off of Coles. 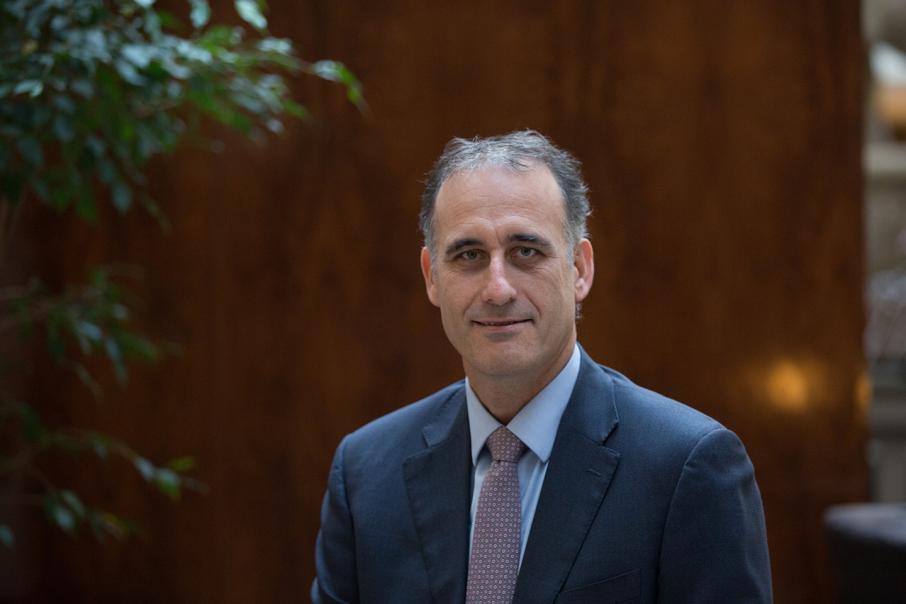 Rob Scott is giving little away as far as his future plans for Wesfarmers are concerned. Photo: Attila Csaszar

The great Wesfarmers clearout sale is nearing completion, but after a blizzard of asset sales and claims by management that there is no rush to buy anything, all eyes are on what’s next for the Perth-based conglomerate.

Despite showing some annoyance at being asked about merger and acquisition plans at every public outing, Wesfarmers’ relatively new chief executive, Rob Scott, is certain to be peppered with variations of ‘what’s next?’ at the company’s strategy briefing day on June 7.

One reason for the questioning is that Wesfarmers has been in a state of perpetual change since it emerged 35 years ago from its roots as cooperative selling fertiliser and other services to farmers in Western Australia.

Another is that the latest crop of deals, including the planned spin-off of the Coles supermarket business, will leave a curiously unbalanced business, dominated by a single, highly-successful hardware retailer, Bunnings.

The other big residual assets after Coles is cut free will be a fertiliser and chemicals division, and Kmart, a discount chain that appears to be surviving the dramatic, internet-driven changes reshaping the retail world – though for how long is another question.

The importance of Bunnings to Wesfarmers was obvious at the financial year’s halfway mark (December 31), with the Australian operations contributing $864 million of pre-tax profit.

Coles was second with a contribution of $790 million, and department stores (Kmart), third at $415 million.

Resources (coal) were fourth at $209 million.

Fertiliser and chemicals was fifth at $188 million, while other divisions including Officeworks and industrial assets were in the less than $100 million range.

However, before Coles leaves the Wesfarmers family (creating a big hole in pre-tax profits), a long list of asset sales have been part of a corporate reshaping process that is yet to be finalised, because after the selling must come the buying.

In business, there is no such thing as shrinking to greatness.

Coal, which was once a cornerstone asset for Wesfarmers, is all but gone with a 40 per cent stake in the Bengalla mine in NSW being openly marketed.

Kmart Tyre and Auto Service, a division of Kmart is being prepared for sale, and the disastrous British expansion by Bunnings has been dumped at an estimated cost to shareholders of $1.5 billion.

With assets flying out the door, Mr Scott’s denial of a company-changing deal brewing in the background is hard to swallow, and certainly not accepted by some investors, who are rushing to buy shares in Wesfarmers, which is trading close to a 12-month high despite the embarrassment of the loss incurred in Britain.

One reason for the rise in the share price even as the British loss was being crystallised is that investors like the idea of getting a direct stake in Coles, one of Australia’s top two supermarket chains.

The irony of that view is that Wesfarmers shareholders already own Coles, which means they must believe that it will perform better as an independent company than as a division of a bigger business – or they might see an independent Coles as an ideal morsel for an international retailer such as Amazon, which also owns the high-class Whole Foods business in the US.

Another reason for the Wesfarmers’ share price rise, and the one Mr Scott has been busy talking down, is the near certainty of a major asset acquisition at some stage if the overall business is to be rebalanced with less reliance on retailing.

Speaking at an investment conference early last month Mr Scott said the idea that Wesfarmers was in a hurry to buy something was: “Very much overstated and it underplays the growth opportunities we have in our existing businesses”.

By that he must mean there are opportunities to: grow Bunnings, which seems unlikely given its existing dominance of the national hardware market; grow Kmart, which also seems unlikely in a highly competitive retail sector; grow one of its chemical business units, which have been steady profit contributors, but not stars.

Growth, at a pace investors want, seems highly unlikely to come from the business units being retained after the Coles spin-off, which is why Mr Scott will not escape being asked ‘what’s next?’ – until he acts.

It has taken four years, but the Buckeridge family has finally recognised that the building products business founded by Len Buckeridge should be sold.

Internal squabbles triggered the decision, but there might also have been another catalyst in the form of an offer too good to refuse.

It was back in 2014, that this column (‘A Boral lure may tempt Buckeridges’, May 20 2014) reported approaches by Boral, a national building materials firm to Mr Buckeridge before he died, and presumably to the family after the event.

Boral has always been keen to acquire the Buckeridge Group of Companies and the start of a formal sales process means that it might now have a chance.