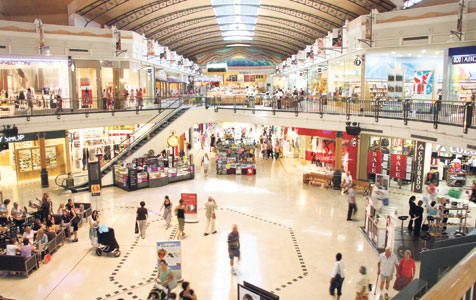 Westfield has been given the green light to buy all of Karrinyup Shopping Centre if it releases ownership of nearby shopping centre Westfield Innaloo.

The Australian Competition and Consumer Commission announced it would not oppose the proposed acquisition by Westfield Group and Westfield Retail Trust of the Karrinyup centre if it accepted a court-enforceable undertaking to divest its ownership of Westfield Innaloo.

The ACCC had investigated whether the proposed acquisition of Karrinyup, only three kilometres from Innaloo in the inner northern suburbs, would be likely to result in Westfield extracting higher rents from retailers leasing retail space at the two centres.

Westfield currently owns one-third of the Karrinyup centre through its subsidiary WestArt.

Karrinyup is one of two shopping centres in Perth that has a David Jones and Myer.

It is understood Charter Hall Group, with financial support from Canadian group PSP Investment, is looking to buy the Innaloo centre.