The key export industry claims it has made gains in animal welfare practices and wants some of the restrictions eased or lifted. 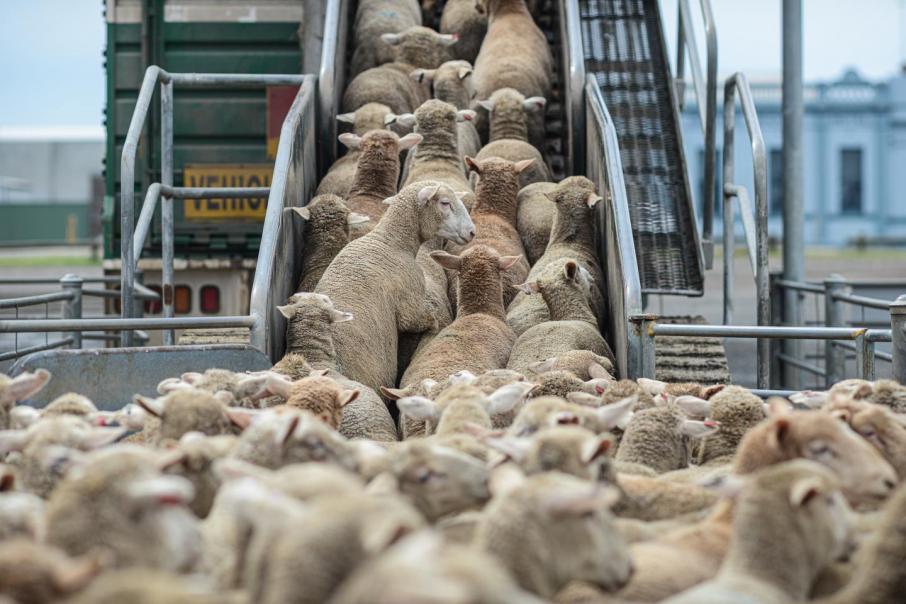 Nearly all the live sheep trade is through WA ports. Photo: Jo-Anne McArthur on Unsplash

The live sheep export trade has made some significant steps in animal welfare improvement in recent years.

These include investment in research on reducing heat stress, reductions in stocking rates, the introduction of a northern hemisphere summer moratorium and ensuring exporters are responsible for the welfare of livestock through to the point of slaughter.

While improvements in animal welfare practices can be measured by a variety of methods, a key objective measurement that highlights the broadly improving welfare standards is the mortality ratio of live sheep shipments over time.

Since the moratorium has been in place, along with additional improved welfare management practices, the annual mortality has averaged just 0.2 per cent.

Analysis of the seasonal pattern for live sheep export mortality highlights how different the current scenario is to what used to be the normal trend in monthly mortality rates over the year.

The usual increase to mortality seen during the northern hemisphere summer (June, July and August) has been eliminated, with no sea transports seen during these months due to the moratorium being in place at this time.

However, the mortality levels outside of the moratorium period have also been reduced significantly, remaining well below the normal range that could be expected for all of the 2020 season, and the 2021 season so far.

The annual average mortality rate seen in 2020 was 0.24 per cent and during 2021 the annual rate has averaged 0.16 per cent. Clearly, the management practices put in place since 2018 are having an impact on mortality and welfare outcomes across the entire season.

Live export industry representatives have been keen to explore the possibility of reducing the moratorium period or allowing the sector to self-manage their shipments during this time of the season.

The current three-month ban from June through to August places strain on the live sheep export supply chain and damages our reputation overseas as a reliable/regular supplier of top-quality livestock.

Surely, the industry has demonstrated its capacity to improve animal welfare outcomes and be given the opportunity to highlight this fact through the re-opening or shortening of the moratorium period.

The live sheep export trade in Australia has effectively become a Western Australian phenomenon in recent years. In terms of sheep volumes, 98 per cent of the trade exits the country from ports in WA.

Over the past decade the average export volumes from WA were approximately 85 per cent, so the trade has always been WA centric, but since the start of 2019 it has effectively ceased in the eastern states.

As of June 2021, the proportion of live sheep export volumes to sheep ‘turnoff’ in WA sits at 34 per cent, which includes the 204,000 head of sheep that were transferred from west to east during the year, so far.

So, the live export channel is still undoubtedly an important sales avenue for WA farmers.

If you include the turnoff of lambs and sheep in WA, as well as the lamb and sheep that were transported to the eastern states, then the proportion of live sheep exported offshore out of WA still represents around 14 per cent of the total sheep and lamb disappearance, as of June 2021.

Such a key element of the ability for WA sheep producers to manage their flock effectively, which helps underpin sheep prices in the state and supports a significant supply chain, that delivers revenues to regional communities and provides employment to many, should not be allowed to ‘wither on the vine’.

Hopefully, the decision makers in Canberra are listening to the live sheep industry and seriously considering a rethink to the length of the live sheep moratorium, or if the moratorium is required at all.