OPINION: The stubbornly high level of unemployment – despite a stronger economy – has many worried, particularly as new mining technologies increasingly cut into workforces. 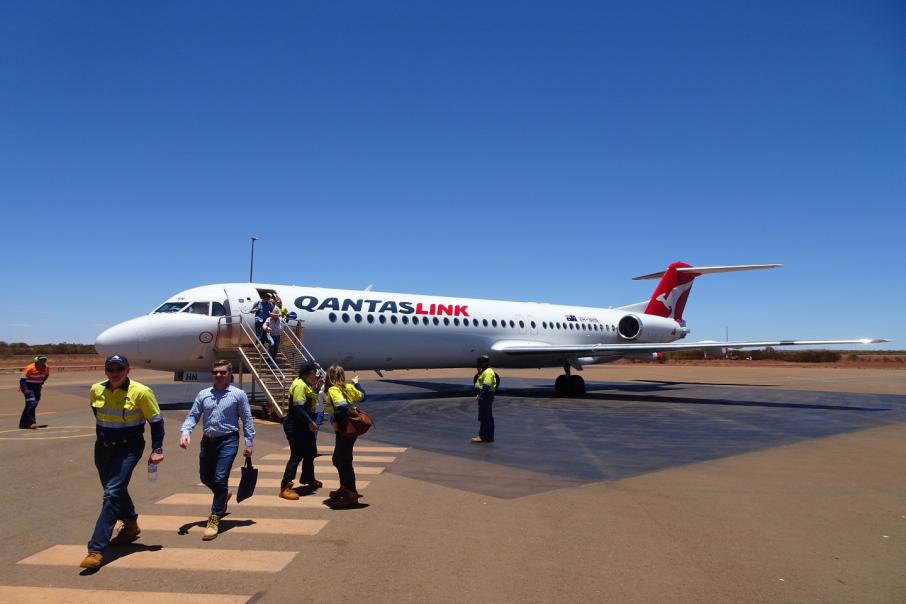 Job hunters and the Western Australian Government got a rude shock just before Easter when the unemployment rate crept up a notch despite evidence of a strengthening economy, a divergence which could signal trouble ahead.

The problem is that normally a growing economy means more jobs are being created, not the opposite, which is what seems to be happening thanks to a combination of weak property, retail and financial sectors.

Resources, the lifeblood of the WA economy, are picking up some of the slack though it is in resources where the biggest future problem might develop because mining and oil, like every other industry, are embracing new technologies which require fewer workers to deliver the same or an expanded outcome.

BHP, one of WA’s biggest employers, provided a graphic demonstration in early April of where it thinks the future of work lies when it revealed that up to 200 jobs could disappear from its Perth office.

The cause of BHP’s cuts is the same as that affecting every other industry in the world, automation, computerisation and internet connectivity, which means a handful of people are required to do jobs which once employed hundreds, and those doing the new jobs can be located virtually anywhere in the world.

Retail workers know exactly how the situation unfolds as they suffer the effects of customers buying online rather than visiting shops.

In BHP’s case it’s easy to imagine work once performed in Perth being executed in the company’s London or Singapore offices where jobs once close to mine sites are consolidated into a single location, performed by fewer people, who are located closer to senior management.

Until recently there were some industries which appeared to be immune from the march of the internet and other technologies which replace people with machines. Mining was one of those industries.

But the latest technologies have invaded mining and while the precise numbers have not been revealed it is highly likely new mines will require dramatically fewer workers than those of earlier eras.

Two test cases are taking shape in the Pilbara, which will eventually reveal the full extent of the job losses, the big new South Flank and Koodaideri iron ore mines of BHP and Rio Tinto.

While creating jobs during their construction phases, the new mines are promoted by the companies as either “mines of the future” or “intelligent mines”.

In both cases the description is code for mines which employ far fewer people than in the past even though they produce the same volume of material.

The mining companies say mines of the future will be safer, and while that may be true, it’s partly a function of their being fewer people to get hurt on site.

Banks, once big employers across Australia, are also rushing to embrace job-cutting technologies, with the Commonwealth Bank reported to be planning to cut its national workforce by up to 20 per cent, a reduction, which if correct, would see 10,000 people lose their jobs – with around 1,000 of those in WA.

Other banks will follow the Commonwealth, or risk becoming less cost competitive.

The full extent of the jobs decline in WA is being masked by the loss of workers to other states. Since October, an estimated 7,500 people have left the state’s workforce, either by migration or simply giving up looking for a job.

Fewer people in the market for jobs means the official unemployment rate has declined from 6.5 per cent late last year to around 6 per cent today – a fall which is a marvellous tale of lies, damned lies and statistics.

But it’s what comes next which has seasoned economy watchers worried because the job-slashing technology revolution, which has already decimated retail, and a number of other industries, is showing no signs of slowing.

Banks also need to cut their costs in the wake of the devastating findings of the Royal Commission into their mistreatment of customers.

In a bizarre twist of fate, the banks can use the inquiry as an excuse to say they are improving the way they do business, as demanded by both sides of politics, with the result being a form of official approval to make deep cuts in their workforces.

Resources, however, is where the unexpected losses are starting to occur, and while there’s nothing new in driverless trucks and trains, it will come as a surprise to see just how far technology has cut into job numbers at the next generation of mines.

One area of work not yet affected by the technology revolution is government, but in time the gap between the number of people required to do the same work in the private sector and government will be embarrassing and eventually unaffordable.

For government, especially governments recently elected (or about to be elected) on the promise of creating jobs, the future is not encouraging because technology is destroying jobs at a faster rate than it can create them.