Andrew Forrest has pounced on a potential play to supply WA gas to an east coast industrial market pounded by high prices. 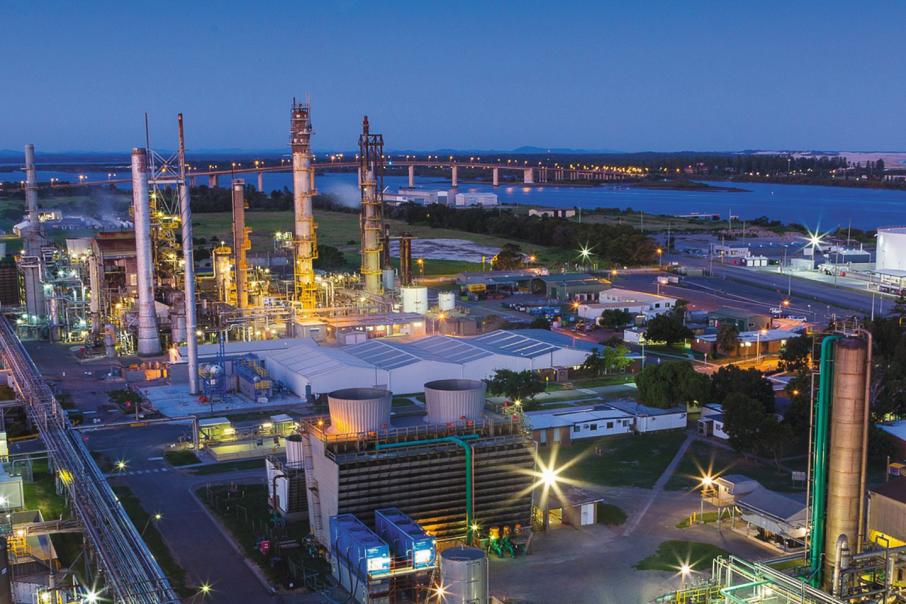 Andrew Forrest has pounced on a potential play to supply WA gas to an east coast industrial market pounded by high prices.

Mr Forrest has been quick to spot a business opportunity in Australia’s east coast gas crisis, something the Western Australian government could also do, with a little creative marketing and the laying out of a welcome mat.

What Mr Forrest is planning to do in NSW, the WA government could do in reverse because, whereas Mr Forrest sees the potential to supply gas to east coast industry, it might make more sense for energy-hungry industries to move west.

Similar plans have surfaced before, but this time there is a sense of urgency, as explained last week by Alberto Calderon, chief executive of Australia’s biggest chemical maker, Orica.

Without a reliable and cost-effective supply of gas Mr Calderon believes two of Orica’s biggest factories might close in the next few years.

Handled correctly, WA could see a number of industries relocated from east to west, creating a major new manufacturing centre in the same way lithium processing has emerged from nowhere to be a major new business for the state.

There is a risk that history might weigh heavily on any plan to create a new range of gas-focused industries because lurking in the background are memories of an earlier attempt to build a big WA chemicals business, the infamous Petrochemical Industries Company Ltd (PICL).

In the late 1980s, PICL was a dream of two high-flyers, the late Laurie Connell and the late Alan Bond, who saw a chance to mix WA’s gas with its equally abundant salt to produce a range of petrochemicals, and solve their crushing financial problems.

The WA government joined the PICL plan, which saw a vacant block of land at Kwinana (and a PICL document produced by Messrs Connell and Bond) valued at an astonishing $400 million in 1988, only to be sold a few years later for $100,000.

Times have changed, but not the concept of mixing WA’s gas with other ingredients to make a range of chemicals, which is essentially what a number of companies, such as Wesfarmers, already do but on a grander scale.

The twin keys to what’s happening is WA’s advantage of abundant gas supplies and a policy that reserves local gas for local industry, plus the lack of a similar policy in eastern Australia.

It’s the policy difference which earned praise last week from Mr Calderon, a former senior BHP executive, who said when releasing Orica’s first-half profit report that the gas shortage and current high prices was becoming a crisis for Orica and other manufacturers in the eastern states.

In a blunt warning to whichever side of politics forms the Australian government next week, Mr Calderon said Orica’s chemical-making at Yarwun, near Gladstone in Queensland, and Kooragang Island near Newcastle in NSW, faced an uncertain future.

“It is absolutely wrong that in a country rich in gas that domestic manufacturing has to pay prices that are the highest in the world,” he said.

“We are able to get, in relative terms, some OK prices. I can only imagine where some of the smaller chemical and domestic manufacturing players are.”

Mr Calderon then singled out WA’s gas reservation policy as something which had to be followed in other states.

“You need to ensure there’s enough gas for the domestic market, and then you can export everything you want,” he said.

“That’s what’s done in the west, eventually someone has to do that in the east.”

Orica is intimately familiar with the cost of operating on both coasts. Its Yarwun and Kooragang Island plantd produce similar products to that planned at the trouble-prone and currently mothballed Burrup ammonium nitrate plant operated by Orica and Norway’s Yara.

If Burrup was in production today, there’s a fair chance it would be producing ammonium nitrate (an explosive) much cheaper than Yarwun or Kooragang Island – and hugely cheaper when Orica’s east coast plants are hit with looming gas price hikes.

In a classic example of entrepreneurship, Mr Forrest plans to capitalise on the problem of companies like Orica, by developing an east coast liquefied natural gas (LNG) import business, first by importing the super-cooled fuel (perhaps from WA) before feeding it into the existing gas pipeline system of NSW.

For Mr Forrest there is minimal risk. A ship fitted with re-gasification equipment (an LNG tanker working in reverse) can be leased and parked in the old steel and coal centre of Port Kembla, with LNG sourced from producers such as Woodside or from overseas producers.

The NSW government likes Mr Forrest’s plan. Earlier this month it approved the installation of a re-gasification ship in Port Kembla because it represents a quick fix to the state’s gas shortage.

NSW deputy premier John Barilaro said that “in the current market, it is more cost effective to import gas in NSW than to source it locally or interstate”.

The cost of the gas after conversion to LNG will be critical to the success of the proposed venture, with some big gas users saying it will be too expensive while others are adopting a beggars-cannot-be-choosers attitude because, without reliable gas supplies, they risk closing.

Some potential buyers of Mr Forrest’s gas have warned that the price could be prohibitive, fearful they might have to pay between $10 to $12 per gigajoule, more than double the rate of a few years ago.

Steve Bell, chief executive of Qenos, which makes plastics in Sydney and Melbourne, told the Australian Financial Review newspaper that the prices being mentioned meant that “there are a lot of industrials that won’t be here”.

There is another advantage emerging for WA, this time in a comparison of financial and human capital.

In WA, a massive upgrading of the state’s mining industry is under way as the latest computerised technologies are applied, such as the automated trucks working in mines – with a lot more to come.

Last week two iron ore miners, Rio Tinto and Fortescue Metals Group, engaged in competitive bragging over who had the most efficient autonomous haul trucks – Rio with its Caterpillar 793F model or Fortescue with its 789D model.

No-one, apart from petrol heads, cares which truck is better, but there is a comparison with what’s happening here and the increasing pressure on international mining companies working in Africa, and other less developed regions, where the drive to cut costs has prompted an increase in the use of child labour.

Modern communications mean news of the mistreatment of workers in mines, children or adult, quickly reaches customers and it’s the buyers of minerals who are demanding better, or they will switch to ethical suppliers – a feature of most Australian mines.