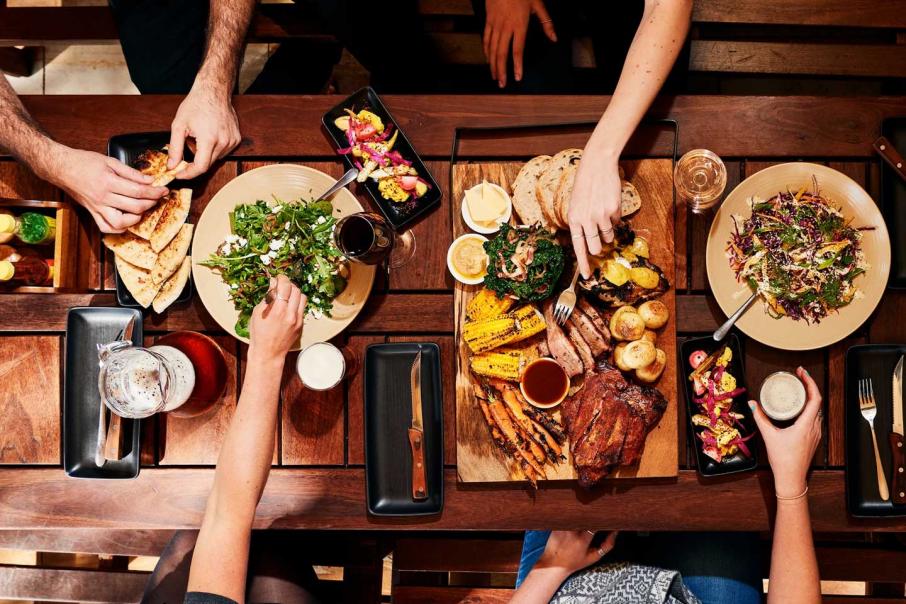 The West has had a dalliance with small bars in recent years but there’s nothing like an iconic pub to settle into on long afternoons and lazy evenings. Here we wrap some of the state’s top public houses, from sunny institutions to regional stalwarts. Put them on your hit list. 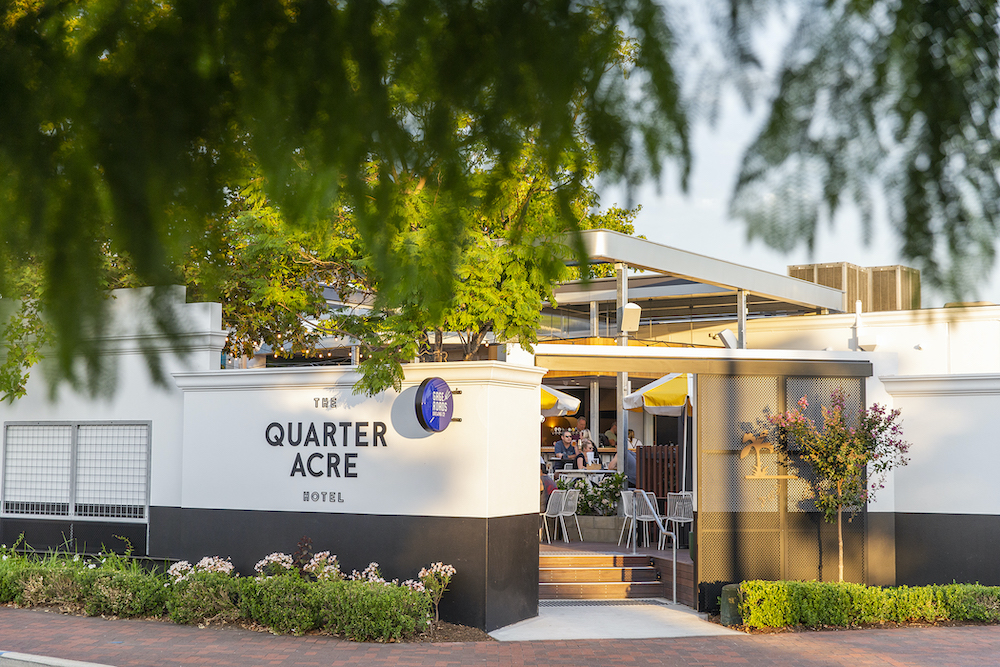 Quarter Acre isn’t an edgy pub, more one with a strong sense of community that grounds it in its suburban locale. Drinks cater to the crowds, with fruit-driven cocktails matching the sunny setting, a WA-led wine list with house white and red from Vasse Felix, and beer leaning into craft locals. Food elevates classics, from tacos and burgers, through to crackly Berkshire porchetta that takes the pub roast up a notch. And how many other pubs in Applecross collaborate with Eagle Bay Brewing? 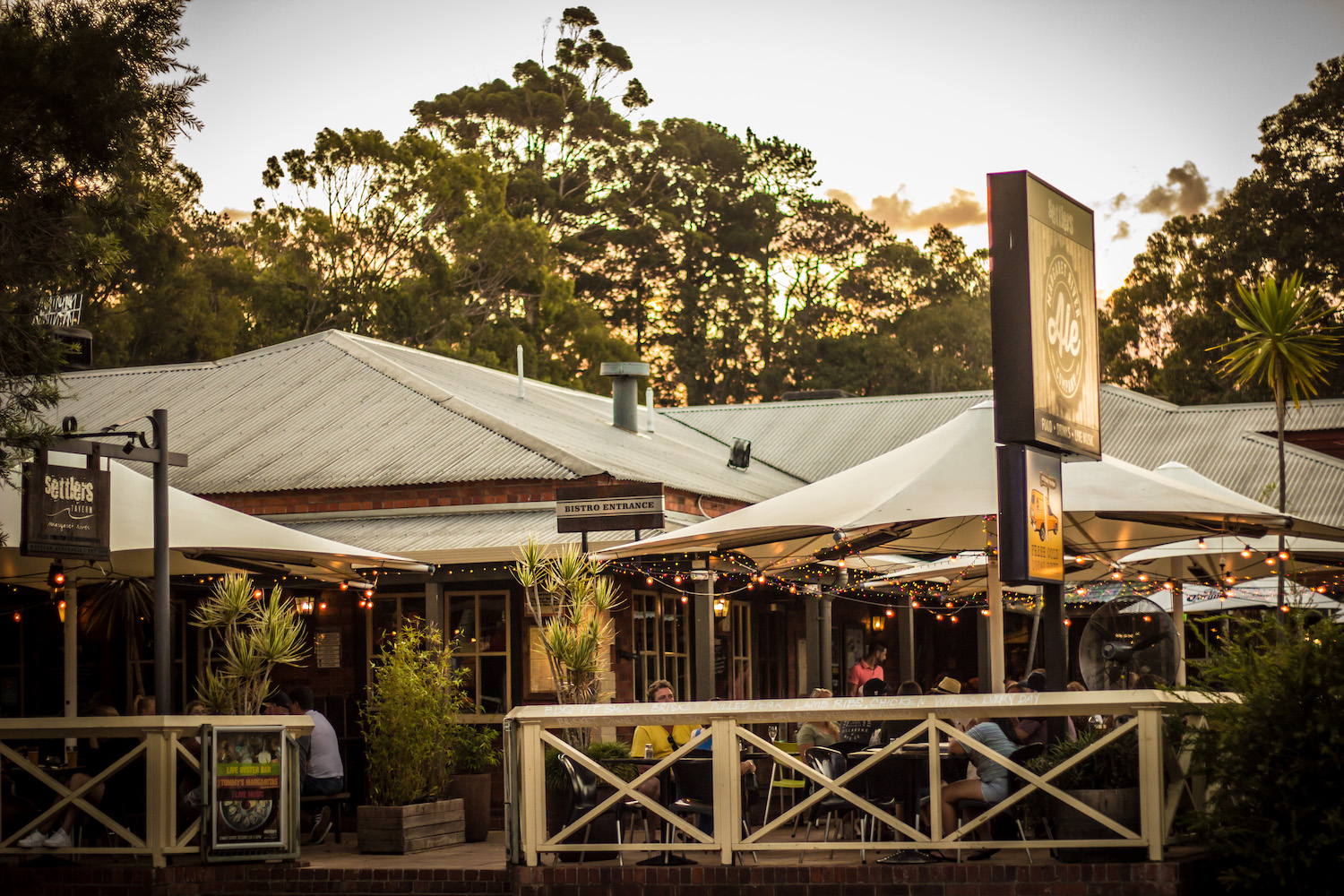 The Tav embodies Margaret River with its laid-back but well-ordered service, sports and public bar at the front and bistro in the back. And it’s an undisputed go-to for solid pub classics (parmies, burgers, line-caught fish) while the specials menu carries whatever’s in the smoker. But it’s the broad wine cellar that has put Settlers Tavern on the map, with a wine list that kicks city heavy-hitters into touch.

When the clock strikes five, office workers descend on this gastropub for a drink and a bite. The West Perth hangout is equally busy on Saturdays as groups gather. So far so standard, but open sommelier Foni Pollitt’s wine list and things get serious, with 29 pages covering growing regions from WA all the way to Georgia. She and husband Chris are just as discerning in sourcing exceptional produce – see the Amelia Park lamb shoulder with all the trimmings, for example – for a menu that covers classics as well as more refined fare, while the setting keeps things polished. 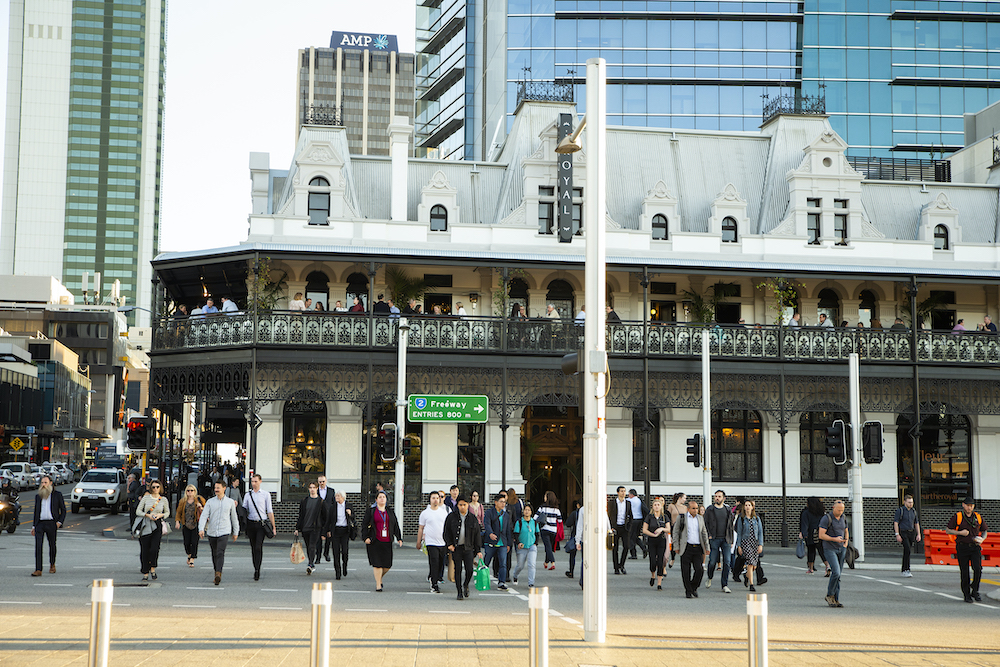 The best gastropubs work hard to deliver the simple. Whether it’s glazed Abrolhos Island octopus glazed with teriyaki or a burger featuring a toasted brioche bun squished around heavily charred wagyu, a cheddar crust and kicking house pickles. It’s the bits around the edges, though, that make this CBD redevelopment soar. The multi-million dollar fit-out has been designed to hold various levels of interest (karaoke anyone?), regular specials keep Chase Weber’s kitchen moving, and the tap program accommodates all craft-beer tastes.

Steves, like the students who guzzled Swan Lager in the outdoor bar back in the ’70s, is all grown up. Today, you’ll still find those former students on the front terrace, but they’re sitting under Pol Roger umbrellas and sipping elegant wines, courtesy of vigneron and publican owner Murray McHenry. Call it a pub? With scallop sang choi bau, pristine oysters and elegant wines lining the walls, it’d sit comfortably as a restaurant any day.

There’s something special about eating a Fremantle sardine just a stone’s throw away from where it was once swimming. That’s just one of the many reasons the Norfolk’s courtyard, dating to 1887, is constantly heaving with contented regulars. Some others? The food coming out of the smoker, the wall of spirits and the impressive craft beer line-up, for starters. At the top of the list, though, is that this remains a quintessential Freo experience.

Twenty years ago, the Brissie was one of the first old corner pubs in Perth to welcome a new generation into its newly renovated setting. Two decades on, and with new owners, the tropical beer garden is still filled with office workers who share lamb ribs, house-made sausage rolls and pork croquettes on sunny afternoons while downing cheeky tap beers. Inside, a sleek interior often hums with punters enjoying trivia and comedy nights.

Freo is known for its famous doctor that breezes through the port city like clockwork every afternoon, and on a hot day there’s nowhere better to feel its charms than the rooftop at the National. With 360-degree views to Rotto and one of 30 taps of draught beer in hand, it’s the consummate mix. Downstairs there’s all-day dining and a widely spanning cocktail list. Just what the doctor ordered. 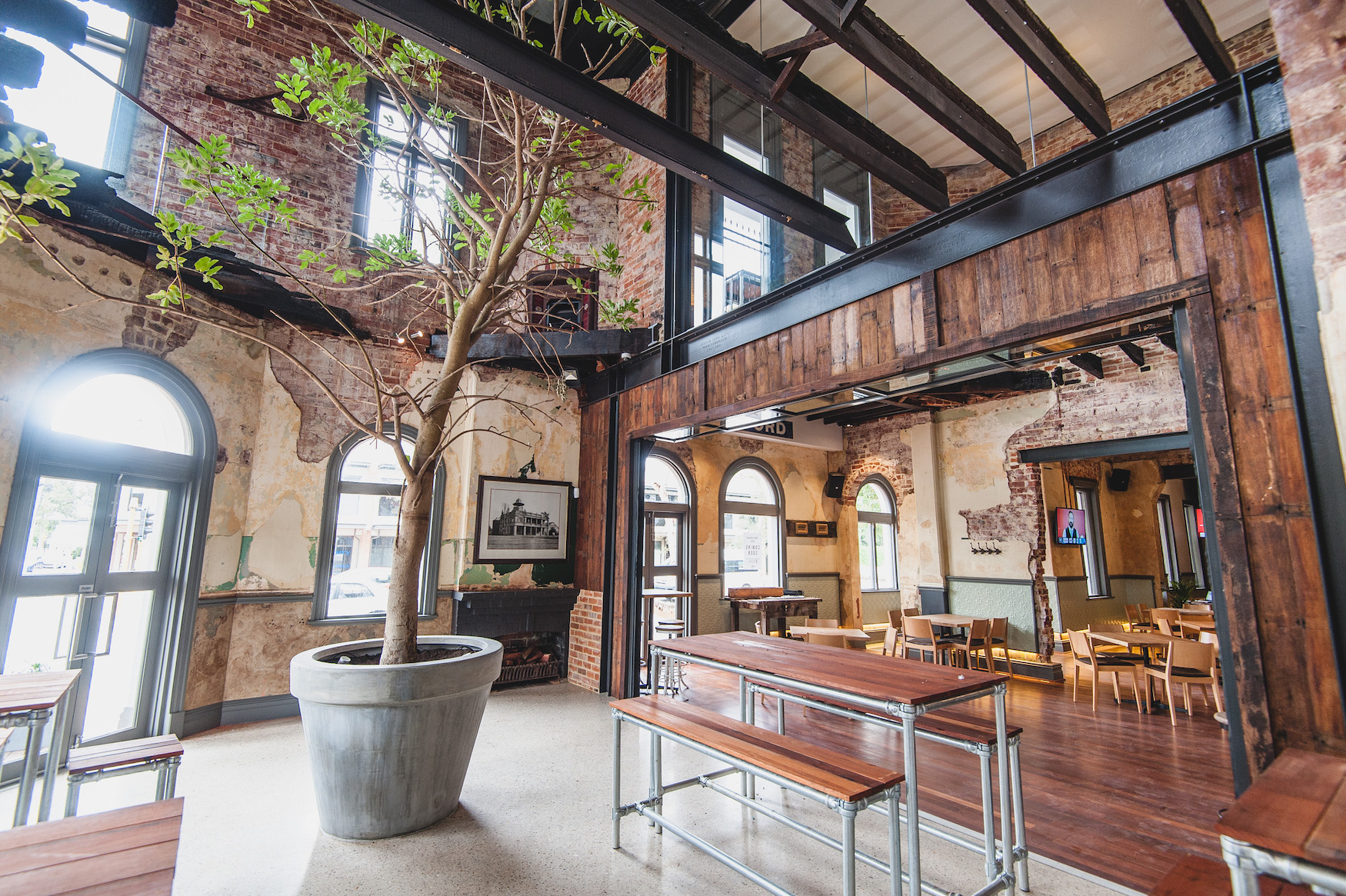 This majestic old favourite enjoyed a huge makeover in 2016, and punters have been celebrating ever since – enjoying post-work drinks on the wide terrace, feasts in the courtyard or sipping a quiet tipple in hidden nooks upstairs. The Guildford oozes charm, all while promoting bounteous produce and wines from nearby Swan Valley. Don’t leave without checking out the smoker, either.