Atlas Iron chief executive Sanjiv Manchanda was among the biggest fundraisers in Australia for this year’s CEO Sleepout, helped by a sizable donation from Atlas' owner, Gina Rinehart. 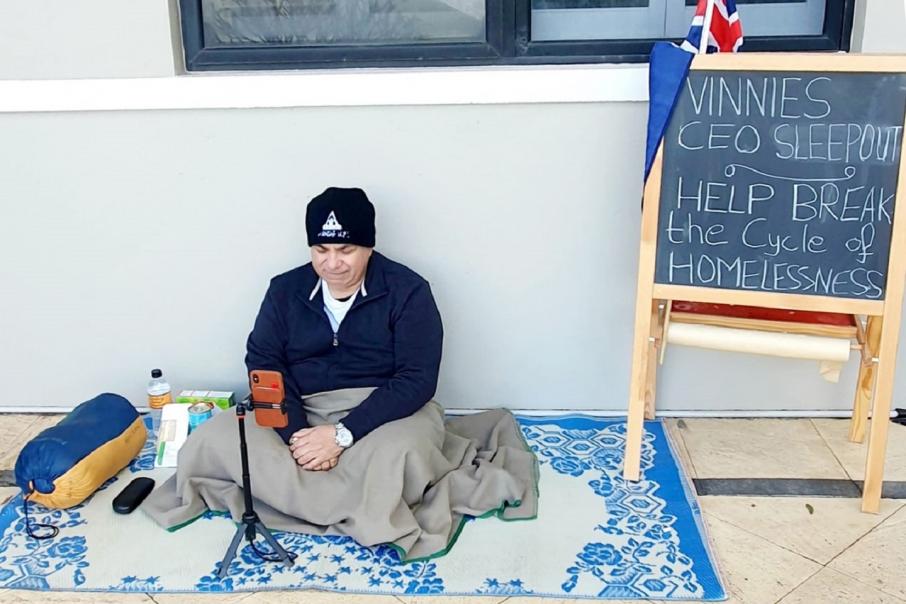 Atlas Iron chief executive Sanjiv Manchanda was among the biggest fundraisers in Australia for this year’s CEO Sleepout, helped by a sizable donation from Atlas' owner, Gina Rinehart.

The St Vincent de Paul Society WA Inc-hosted event, which aims to raise money to support various homelessness services across the country, exceeded its initial target to raise $5.6 million this year after having raised $7.9 million in 2019.

More than 1,600 chief executives from across Australia took part this year, including 80 from Perth who contributed $474,000 to the event's overall haul.

Mr Manchanda was the biggest individual fundraiser in WA and the second largest overall, having raised $163,785 for the event, supported by a $115,000 donation courtesy of Mrs Rinehart, whose private company Hancock Prospecting owns Atlas Iron.

Western Areas managing director Dan Lougher was the next largest fundraiser in the state, having raised $27,436, followed by ABN Group chief executive Andrew Roberts, who raised $25,381.

Commenting on the event, Mr Manchanda said he would continue to make contributions where he could towards the cause of homelessness.

“[W]hen I woke up, I was physically cold and sore and my mind went to thinking what it would feel like if one has to do this every day,” Mr Manchanda said.

“Not only do it every day but do it with the feeling of not knowing when this will end, if it does at all.

“I realised at that moment what absence of any hope felt like.”

“It’s totally unacceptable that we have 116,000 homeless people in Australia in this day and age,” he said.

“Among these are children and the vulnerable.

“One night on the streets is one night too much.”