VDM Group is expected to seek debt funding from its largest shareholder after a planned $18 million equity capital raising with an unnamed investor fell through. 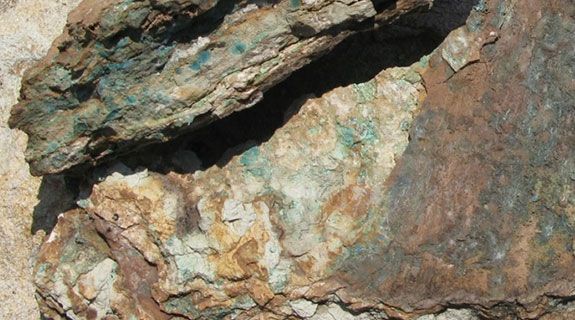 Copper mineralisation at the Cachoeiras do Binga project in Angola.

VDM Group is expected to seek debt funding from its largest shareholder after a planned $18 million equity capital raising with an unnamed investor fell through.

In a statement today, VDM, which is in the process of making a shift from construction to mining, said the investor would be unable to proceed with the subscription “due to their own internal matters”.

“However, VDM advises that it is in discussion with its largest shareholder, Australia Kengkong Investments, to obtain replacement financing to fund the Cachoeiras do Binga investment and ongoing corporate working capital,” the Dongyi Hua-led company said.

“Such financing is expected to be in the form of an interest bearing loan.”

VDM was planning to use the $18 million from the capital raising to acquire a 65 per cent participating interest in the Cachoeiras copper project in the Republic of Angola, and for exploration and feasibility study work.

Meanwhile, VDM also announced that it had secured a mining investment contract with the Ministry of Geology and Mining of the Republic of Angola, alongside its joint venture partners Seabank Resources and Pebric Mining and Consulting, for Cachoeiras.

VDM will pay about $4.8 million in cash to Seabank in separate transactions over next year to acquire its stake, and will also issue 650 million shares to its partner.

Upon acquiring its interest, Pebric will hold a 30 per cent stake in Cachoeiras, with Seabank owning 5 per cent.