Australia needs to consider its trading relationship with China in light of alleged human rights violations against tens of thousands of the Uyghur ethnic minority, community representative Rushan Abbas said at a media briefing organised by the US consulate.

Australia needs to consider its trading relationship with China in light of alleged human rights violations against the Uyghur ethnic minority, community representative Rushan Abbas said at a media briefing in Perth yesterday organised by the US consulate.

It comes weeks after The New York Times revealed hundreds of pages of documents leaked from sources inside the Chinese government confirming mass detentions of Uyghur Muslims in western parts of China.

Ms Abbas said she believed 17 Australian Uyghurs had been detained on visits to China, but Business News was unable to verify this number with the Department of Foreign Affairs and Trade by time of publication.

“The Australian government should act strongly (to) get those 17 to 20 Australian residents freed,” she said. 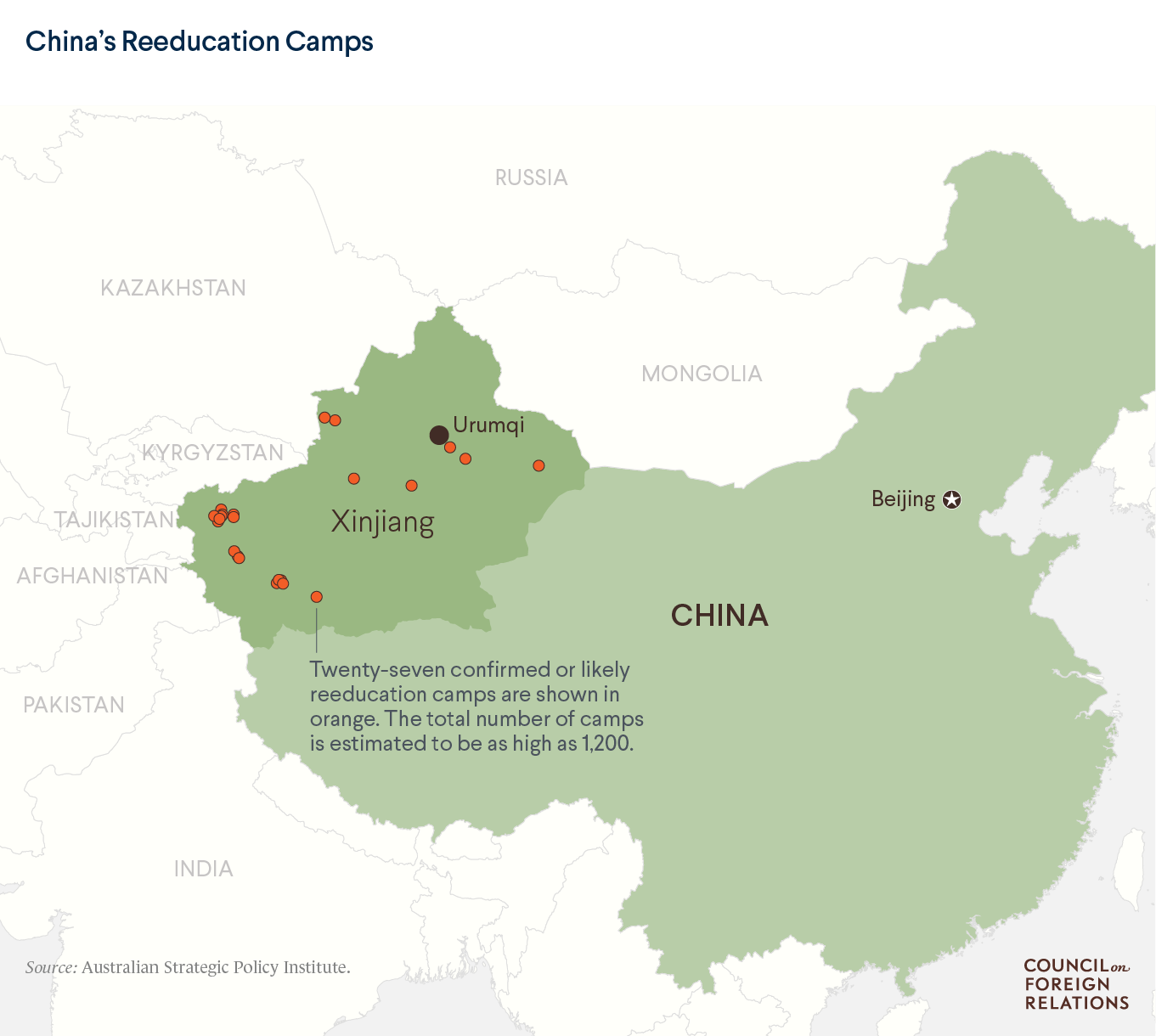 Alleged locations of the camps.

Ms Abbas highlighted 28 organisations that had been sanctioned by the US for their involvement in the detention program, and encouraged Australia to take similar action.

But Australia’s $210 billion-plus annual trade relationship with China should be considered more broadly, she said.

In the past ten years, for example, Australian iron ore has contributed to the massive upswing of steel production in China, helping urbanise millions.

Ms Abbas claimed two of her relatives had been imprisoned as a result of her activism against the Chinese government, while a former colleague had also been detained and died shortly after he was released.

She said she did not know what had happened to her sister.

It has been reported that at least 150 people died in one internment camp in a six-month period last year.

To give an idea of the scale of the program, leaked documents say 15,000 people had been sent to the camps in one week in 2017, it has been reported.

There are about 11 million Uyghur Muslims living in China, mostly in the Xinjiang province, and the Chinese government says the camps serve to train Muslims and combat extremism.

“Being a Uyghur, wearing a headscarf, or practising Islam should not be a crime.

“But the Chinese government is treating (it) as one under the pretext of Islamic terrorism.

“Australia, being a democratic country, economically independent country should stand up and do something to protect the values and the rights that we all enjoy, before it's too late.

“China is influencing the communist ideology, the censorship to all over the world.”

Australia should also lobby at the United Nations, and argue to have China stripped of hosting rights for the 2022 winter Olympics, she said.

And then there was the prospect of Chinese involvement in 5G network construction.

The Turnbull government banned Huawei, a Chinese business, from participating in 2018.

“If you talk to any of the Uyghurs in diaspora, none of them can freely communicate with their families back home,” she said.

"It's a country using the technology to suppress its own people, with 21st century technology.” 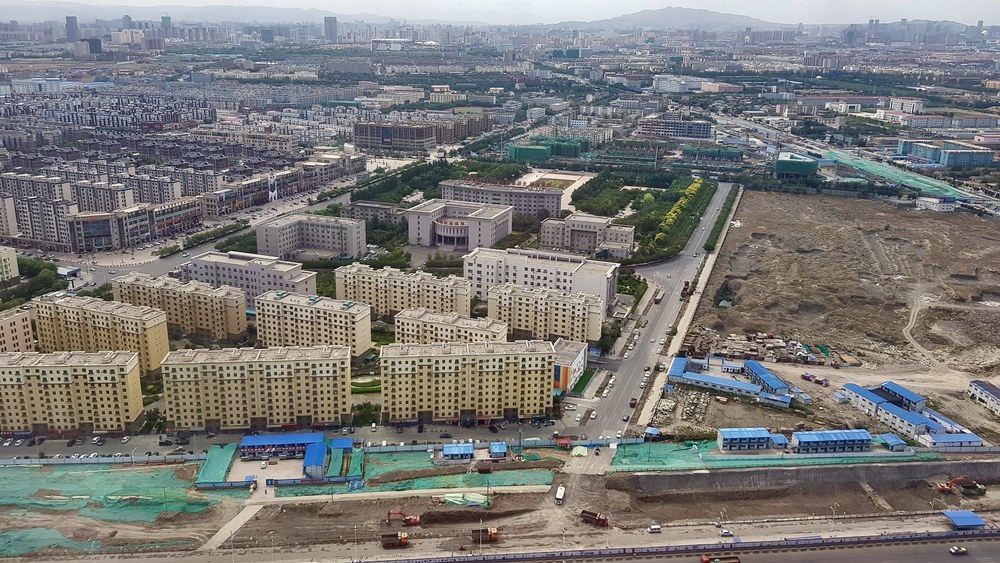 Urumqi is the capital of the Xinjiang province. Photo: Wikimedia Commons

"My mother always used to tell me, when I was seven to eight months old, my dad was in the re-education centre ... my grandpa was in jail as nationalist or counter-revolutionary,” she said.

"My mother being a medical doctor was taken away from home to treat some guards who had a fight.

“My mother used to say, the way the guards came in in the evening, she was holding me, and they grabbed me from my mother's arms … I was screaming so hard.

“[She said] she could hear that all the way.

“I don’t remember that but these are the kind of memories that we grew up with.

“We are being targeted because we are Uyghurs … being treated as secondary citizens.”

Ms Abbas said she had been an activist in university in Xinjiang in the 1980s.

She moved to the US just weeks before the Tiananmen Square massacre.

“That was a wake-up call for me,” Ms Abbas said.

“This regime is not only treating our people because we look different, speak a different language, we come from a different culture, believe in a different religion.

“It’s the brutality of the communist regime for any kind of freedom, even if it’s their own children, their own students.”

Ms Abbas later worked for the US Department of Defense.

The Perth media briefing by Ms Abbas was organised by the US State Department.

Former federal immigration minister Philip Ruddock told Business News he was concerned about what he had heard regarding treatment of Uyghurs in China.

“This is a human rights issue of some dimension,” Mr Ruddock said.

“China has a population that has many ethnic and cultural differences within it, the Han population are the principal grouping but there are something like 50 or 60 different nationalities which people don't ordinarily think about.

“The Tibetans, the Uyghurs are at … the edge of China, and often have linkages with populations outside; that creates some internal dynamics.

“The  principle concern … is the suggestion that people have been forcibly and coercively detained in order to produce change in the way in which they see themselves.”

He said Australia was a good demonstration that cultural diversity did not cause problems.

About a quarter of Australians were born overseas, Mr Ruddock said, and were no threat to the majority.

Regarding the country's economic relationship with China, he said during his time as a minister the government had opted to deal directly with difficult issues, rather than seeking to use other mechanisms.