Plans to open a Café Del Mar restaurant in Western Australia will not be derailed by a legal fight over who owns the trademark, according to the managing director of the Australian arm of the music-themed eatery. 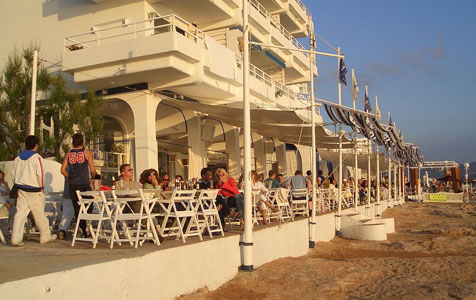 Plans to open a Café Del Mar restaurant in Western Australia will not be derailed by a legal fight over who owns the trademark, according to the managing director of the Australian arm of the music-themed eatery.

However, one of the shareholders of Café Del Mar Australia, Michael Vale, claimed he exclusively held the rights to the franchise in Australia and Mr Zappia had no right to open any additional venues.

Mr Vale said he travelled alone to Spain in 2005 and was granted rights to open up to eight venues in Australia.

“That was four and a half years before I met John Zappia,” Mr Vale said.

“Mr Zappia owns the Sydney operation, and certainly Mr Zappia has a very strong position in the company.”

But Mr Vale said he and his business partner held the majority of the shares in Café Del Mar Australia and, as such, held the rights to the brand.

Mr Vale said he was advancing plans to open a $5 million Café Del Mar restaurant in Melbourne early next year, and was also keen to open a venue in Perth.

“We are clearly the majority shareholders, we can simply have a shareholders meeting and we can outvote anything Mr Zappia wants to do,” Mr Vale said.

However, Mr Zappia told Business News that Mr Vale’s original agreement was terminated in 2010 after a five-year period of inaction, and the Sydney restaurant would never have opened without his backing.

Mr Zappia provided documentation to Business News from the Spanish founder of Café Del Mar, Ramon Broto, which stated that Mr Vale had no authority to represent the chain in Australia.

However, the ASIC records showed a private company of which Mr Vale is a director held 3,850 shares in Café Del Mar Australia.

Nonetheless, Mr Zappia said the fight over the trademark would not hold any sway over plans to expand to WA.

“Nothing’s stopping me, I’m going ahead with it,” he said.

“I’m basically looking at timing now, and getting a team together to get to WA and scout for two or three areas we feel would be suited for Café Del Mar.

“Then we’ll go out to market and find out if there are operators that are keen to partner up with us and open Café del Mar.”

Mr Zappia said he was keen to open two or three Café Del Mar-branded venues in WA, potentially being an upmarket beachside restaurant and a night-club-style venue.

A spokesperson for Café Del Mar in Spain said the company’s legal team was studying the events in Australia, but was not prepared to comment any further.