Last week saw a healthy return to sales level seen across May prior to the last long weekend. The 20% increase to 693 puts weekly sales 5% above to the year to date average which now sits at 659. 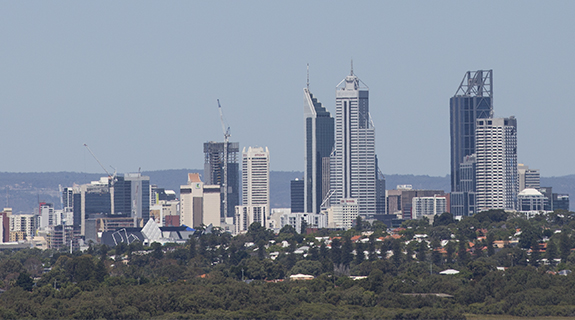 Last week saw a healthy return to sales level seen across May prior to the last long weekend. The 20% increase to 693 puts weekly sales 5% above to the year to date average which now sits at 659.

The 23% increase in sales north of the river was driven by a 20% jump in house sales and 30% lift in multi-residential activity which increased by 41% across the entire market.

Reported pre-sales of a new complex in Perth helped lift the multi-residential figure. Overall activity south of the river was up by 18%.

The latest release of housing finance data from the ABS this week for April indicated the declining trend in overall lending in WA flattened off.

Finance data is a rear view look at previous activity we have already seen through our weekly read on sales and therefore is likely to show an increase in due course based on the lift sales in May.

Any increase in May which captured the latest interest rate cut might also include an increase in re-financing which represented 31.5% of all loans in April and 41.9% of established dwelling loans.

Back to market data, listings for sale are flat whilst the rental listings continue their push to 8,000, rising 3% this week due to a 4% increase in houses for lease.

Following on from last week’s look at house sales distribution by price ranges in Perth, this week we will look at distribution of house sales by bedroom numbers and median price for Perth for the year to March 2015.

Most evident is the predominance of three and four bedroom sales with the sales percentages in line with the 2011 Census.

Despite the rapid growth of four bedroom dwellings over the last 30 years, three bedroom houses are still marginally the most dominant stock with 45% of the sales located in the central part of the Perth market.

The outer growth corridors dominate four bedroom sales (75%). Looking at the annual medians, the 1-2 bedroom median is higher than both the overall market median ($550,000) and the three bedroom figures ($500,000) as two thirds of the 1-2 bedroom sales are in more expensive near city locations.

More details of the sales and median price distribution by bedroom numbers are available at www.reiwa.com.au