OKA trucks are the stuff of a boys’ own adventure, with their size, tough exterior and off-road versatility securing for the brand a reputation as a vehicle that can go anywhere and do anything.

OKA trucks are the stuff of a boys’ own adventure, with their size, tough exterior and off-road versatility securing for the brand a reputation as a vehicle that can go anywhere and do anything.

And while it is a rare occurrence, given there are only around 450 OKAs worldwide, coming up against one ‘in the wild’ can emasculate drivers of even the most kitted-out of conventional four-wheel drives.

But Bibra Lake-based OKA came to a fork in the road when clients started requesting extras such as DVD players for the kids, satellite navigation and iPod connectors.

“A lot of our customers want a workhorse on their farm or whatever it is, and they get an OKA. But they still expect cup holders, iPod connectors. That is what has changed, we never really thought we would have to do that,” OKA managing director Arthur Gold said.

And the release of the new OKA model last August – the NT – ushered in a new era, with automatic gearboxes now replacing manual transmissions on all vehicles.

“You have got to watch the identity, what you are losing. We have had to hit a real balance between butch and non-butch. We don’t really want to lose our identity and it is quite hard,” Mr Gold said.

When you’re in the business of building unique off-road vehicles with very specific features for the toughest of conditions, a DVD player can seem inconsequential.

But, Mr Gold said, unless OKA listened to what its clients wanted, potential sales markets would be lost.

He estimates 65 per cent of the 60 or so OKA vehicles produced each year are used in the tourism industry, while 30 per cent are bought by ‘grey nomads’ and the remaining 5 per cent sold to the mining industry and military.

With a small and loyal market – one only has to read the online forums for OKA owners and admirers to see how appreciated the brand is – OKA is adept at listening to what its customers want.

Mr Gold said the first vehicle produced for the wider market in 1992 – the XT – had its engine capacity and fuel tank size increased in response to feedback from drivers.

The company took on a major two-year contract for the production of 103 vehicles for a buyer in Indonesia eight years ago, when it was still manufacturing a lot of the parts itself.

OKA bought a metal works business and invested in three extra workshops to increase capacity to produce the volume of vehicles on order; staff numbers rose from 36 to 110 at the time.

Mr Gold said the benefits for OKA that came from the two-year contract didn’t necessarily over-ride the financial and administrative burden, with the contract ending sharply and OKA stuck with financial commitments to staff its normal order book didn’t support.

The company has changed some of its production strategies as a direct result of that experience.

Mr Gold said the level of engineering required for each specific part of the OKA would mean a huge capital expenditure on engineering and development – a cost better carried by specialist manufacturers of parts such as transmissions.

OKA now imports most parts; the only mechanical components still being designed in-house are the transfer case and axle – the vehicle undercarriage – because no other manufacturer can produce the specifications required for vehicles that weigh between 3.9 and seven tonnes.

“It was a huge culture change. OKA used to design everything and it used to carry the warranty for everything itself,” Mr Gold said.

“We don’t want to build our own, if there was one off the shelf we would buy it.”

While the company is still manufacturing parts of the vehicle in house (such as the brackets, fuel tank and chassis) OKA is taking advantage of the increasing number of producers of heavy-duty parts around the world.

And with the number of global clients increasing and OKA sending vehicles to places such as Africa, Canada and Malaysia, the company is having to make changes to its products in order to ensure OKAs are still built to last, regardless of weather conditions.

“When you spend the amount of money you spend on an OKA, the idea is you put it in drive and you can go anywhere around the world in it. You shouldn’t be wondering if it’s too hot or cold for the vehicle,” Mr Gold said. 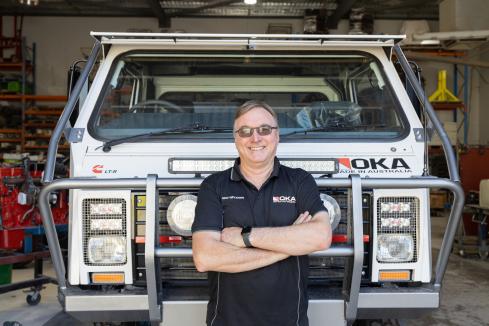 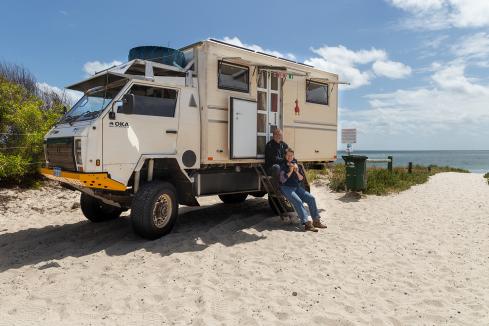 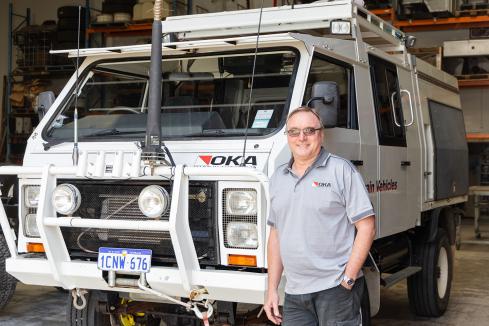 OKA revival in the making