The Cut. Perth’s Only Shopify Plus Partners.

Digital agency The Cut recently became Perth’s only Shopify Plus Partner. This is big news for Perth’s ever-growing community of Shopify & Shopify Plus ecommerce merchants who want to scale & grow. 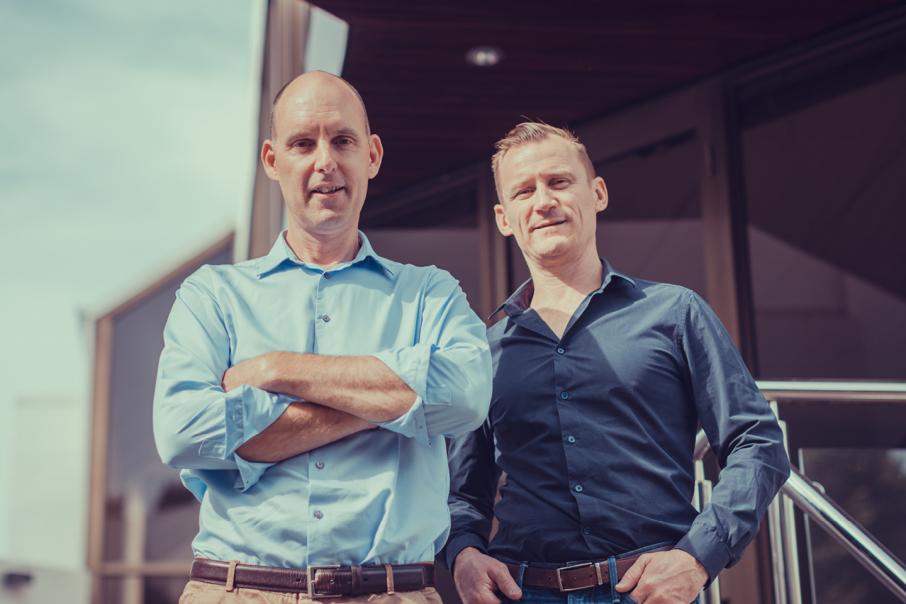 Ben De Jonge and Scott Sanders, Directors of The Cut, Perth's only Shopify Plus partners

The Cut & Shopify. Founded in 2009 by Ben De Jonge and Scott Sanders, The Cut is a digital-first agency based in Subiaco, specialising in the development of software, dashboards and Shopify ecommerce websites. The Cut have been trusted by companies including Mundella Foods, Rio Tinto, Woodside, Cancer Council WA, Stateswim Systems, Sir Charles Gairdner Hospital, Department of Tourism WA, Visit Peel and big ecommerce brands including Flat Tummy Co, Sneaky Vaunt and Bamba Swim. The Cut have worked with Shopify since 2010, were awarded Expert Partner status in 2017, and then Plus Partner status in December 2018.

“We choose technologies carefully, based on the benefits they offer, robust performance, security and the ability to customise. Shopify ticks all of those boxes and many more and we’re excited to be in a unique position in Perth’s ecommerce sector.” - Scott Sanders, Director, The Cut

Shopify. Launched in 2004, Shopify is a leading ecommerce platform that gives businesses the best product management and transactional experiences, plus the peace of mind of automatic updates that take care of security, features and versions. It allows business owners to focus on marketing and management, rather than dealing with the technical issues, updates and bug fixes that are so common on other platforms. Shopify’s core offering is all about making ecommerce as accessible and as simple as possible for businesses from small startups to fast-scaling international operations.

Shopify Plus. Shopify Plus is Shopify’s enterprise offering, created to deliver an exceptional and scalable experience to businesses achieving significant revenue, and most often, operating in multiple international markets. It was clear that while small to medium sized businesses were being well served by Shopify core, large and fast growing businesses were being under-served in the ecommerce space generally.

“We have worked hard to achieve Shopify Plus partnership. We’re happy to be part of the Shopify Partner community, but most of all, we’re excited to help businesses improve performance, increase engagement and grow sales. Those objectives are what drive us.” - Scott Sanders, Director, The Cut

To be suitable for Shopify Plus, a business should have revenue of over $1.2 million per year and / or be selling in multiple international markets. For these businesses, Shopify Plus offers a range of benefits. Shopify Plus is backed by a network of ecommerce experts and support teams. To meet the needs of people operating enterprise level ecommerce businesses, Shopify Plus have created support teams offering the expertise of Launch Managers and Business Success Managers to deliver daily support and strategic planning.

Unite 2019. To further expand their agency’s Shopify expertise, The Cut’s directors, Ben and Scott are heading to Unite, the annual global Shopify conference for agencies and developers. Held in mid-June, in Toronto, both director’s are excited about the trip, if not the jet lag.

“Our decision to commit to Shopify has been validated time and again. We take our Shopify Plus partnership seriously, and see Unite as an awesome opportunity to expand our skills and bring global best practice in ecommerce back to Perth to share with ecomm merchants here.” - Ben De Jonge, Director, The Cut

For The Cut, their plus partnership is the best acknowledgement of a long commitment to the best ecommerce platform out there, and expands their leading capabilities in ecommerce. The Cut have the access to resources and support that allows them to help fast growth businesses looking for expertise and ongoing design, development and sales conversion services to evolve their online businesses and grow.