Finalists in the 2015 Entrepreneur of the Year awards show how technology and innovation can enable rapid growth, even in mature industries. 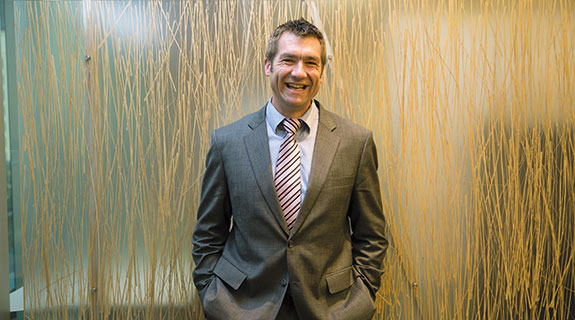 “Innovation is in the nature of the business we’ve built, I just can’t imagine not doing more” - Subcon Technologies managing director Matthew Allen.

Finalists in the 2015 Entrepreneur of the Year awards show how technology and innovation can enable rapid growth, even in mature industries.

Mining services is meant to be a declining industry, but don’t tell fast-growing Perth business Aerison, which has tripled turnover in the past four years.

Thanks to innovative use of technology, Aerison has gained a competitive edge over its rivals, and taken on 350 staff to support its growth.

It’s a similar story at Silk Hospitality, which also operates in a low-growth mature industry.

Silk has gone from a standing start in 2010 to having 400 staff providing outsourced housekeeping services to hotels across Australia.

It lifted revenue 65 per cent last year, when it handled 573 million tonnes of iron ore, grain and other dry bulk commodities on behalf of exporters and importers.

He established Subcon Technologies with business partner James Hallam in 2011 and now has 40 employees and contractors in Perth, Singapore, Hong Kong, China and Belgium.

The key to Subcon’s growth has been innovative use of precast concrete, in everything from protection of sub-sea structures like pipelines and cables to construction of artificial reefs.

“Innovation is in the nature of the business we’ve built, I just can’t imagine not doing more,” Mr Allen said.

“For example we came up with a market-leading reef design, and we’ve kept on improving it.”

Bright People Technologies has also focused on innovation to gain a competitive edge.

When Petra Nelson bought into the software business in 2006, it had 9 staff; today it has 44 staff and, more impressively, 3,500 companies across Australia use its products.

The people behind these businesses are all competing for the 2015 EY Entrepreneur of the Year awards, which will be announced on July 23.

While some have established new businesses, others have reinvented established companies.

Aerison, for instance, traces its origins back to 1988 when it was established as HPS Environmental.

It became Enerflex Environmental in 2005, and adopted its current name in 2011 after a management buyout backed by New York-based Clearwater Capital Partners.

Chief executive Savvas Papadopoulos said the business was boxed in to just offering air pollution control services when it was part of Canada’s Enerflex. "We will never sell the product; if you want to use it, you do so with our people" - Savvas Papadopoulos, Aerison managing director. Photo: Attila Csaszar

It now offers a broad suite of technologies, such as noise abatement and dust control, to help mining and energy companies manage their environmental impact.

It has licensing agreements in place with international technology suppliers, and its own R&D program to adapt the technology to local needs.

Aerison’s clients include many of the big mining companies and LNG projects.

Like many others servicing the resources sector, the company has adapted its strategy to suit the changing market.

“We reinvented ourselves away from just the capital budget to the operational budget,” Mr Papadopoulos said.

“We looked at our assets, we had engineers, boilermakers and other trades, and asked how we can use them.

“So we did more maintenance and shutdowns, the work that can’t be sent offshore.”

Aerison’s special edge was a locally developed technology that enables it to rapidly replace worn out rollers; that’s big business, especially in the iron ore industry, which has kilometres of conveyor belts that need to be serviced every year.

“As a result of this technology innovation we can change out twice as many rollers in a 12 hour shift when compared with the traditional methods,” Mr Papadopoulos said.

“In other words, a roller change out campaign is achieved in half the time for the client.  And most importantly, more safely.”

Fortescue Metals Group was one of the first companies to use the new technology, and Aerison has subsequently put in place agreements with other big miners.

“We will never sell the product; if you want to use it, you do so with our people,” Mr Papadopoulos said.

“But we’re happy with a small margin as long as it’s continuous, because I can base my investment in people and tooling on that.”

Aerison has been gearing up to expand its geographic reach – it has opened branches in Karratha and Darwin – and its scope of services.

“As the clients were cutting back on the number of contractors on site, we were always there, because we offered more than just a generic service,” Mr Papadopoulos said.

“The (roller change-out) and dust control maintenance was our passport to site.”

“At 28, I decided to leave the comfort of a corporate career at Westfield,” Ms Knee said.

“I wanted to start my own business.”

She teamed up with several other investors who had experience in the hospitality industry.

Silk has taken on market leader AHS Hospitality Services, which was established by another Perth entrepreneur, Stephen Lauder, in 1993, and is now part of Chandler McLeod Group.

“We entered as the challenger brand,” Ms Knee said.

“There was a lack of competition in the market; when that happens, complacency grows.” She said the innovations introduced by Silk included a customer support suite, which is designed to help hotel managers identify and resolve any issues that arise.

Ms Knee said the investors were all committed to the business.

“We’re building our business based on reputation, so we can’t afford to fail,” she said.

“As an owner of the business I’ve got skin in the game, so I can sit opposite a client and say ‘this will not fail or I will die trying’.

“We deliver quality and I’m really proud of that.”

When Craig Thompson established Sea Corporation in 1988, he had a little over 20 years’ experience in the shipping industry and a six-year stint as a commodities trader.

He decided to bring together the full range of marine services required by a dry bulk exporter or importer including ship agency, ship broking and marine surveys under one roof.

“We’re the only company in the Southern Hemisphere that has done that,” Mr Thompson said.

“I know exactly what an importer or an exporter needs, because I’ve been a trader. You need to have expertise across all these areas to fully realise profit margins.” SeaCorp has become a major service producer to iron ore miners exporting to China, with its clients including FMG, Atlas Iron, Arrium, and Karara Mining.

“Iron ore is sold on the basis of final weight and quality at the discharge point, which is very unusual for international trade; its normally at the loading port,” he said.

“We represent our customers at the discharge point.”

Its services include witnessing the ore sampling, participating in draught survey calculations to determine the out turn tonnage, and reducing moisture content.

“We can prepare every shipping document compliant to letter of credit requirements and deliver them to the client’s bank in China within four hours of the vessel sailing,” Mr Thompson said.

“We’ve been quite innovative with all those processes.”

SeaCorp employs 55 people, and Mr Thompson estimates the business would need up to 200 staff without the Seaweb system.

Mr Thompson plans to buy one or two ships in 2016 when he expects vessel values will be at the bottom of the investment cycle.

“That will be the jewel in the crown of SeaCorp; we are currently a shipping services house so the next logical step for us is to become ship owners as well,” he said.

Mr Thompson said he was likely to seek an equity partner or float the business to support the planned capital investment.

Petra Nelson worked in executive search in the oil and gas industry before buying into Bright.

“That’s where we really got interested in technology and automation,” she said.

“But at the time we had to use off-the-shelf technologies.

“When the opportunity arose to buy into this business it was very exciting, because we would have our own technology that we could design to achieve the level of automation that we think is possible.

“The flavour was different from what we had done in the past, in that there was a focus on compliance not recruitment, but this actually opened up lots of options for innovation.” When Ms Nelson bought into Bright, its technology was limited to workforce validation – the process of ensuring that people coming onto a site meet the employer’s requirements.

It now also handles logistics, such as booking flights and car hire, and accommodation, in hotels and camps.

“When I became managing director, I was a little intimidated by the software development world and having ultimate responsibility for the outcomes of a business I had no formal qualifications in,” Ms Nelson said.

“It took me a little while to realise I didn’t need to be a technologist. I needed to be a user advocate and this has enabled me to have a stronger focus on the business direction”

She said there was rarely a Eureka moment in technology innovation; it typically came from deep engagement with clients and prospects to uncover business issues not being addressed.

“What I’ve learned with technology is you can do a lot of inward-looking work without having any external impact. It is critical that the business stays focused on client value at all times,” Ms Nelson said.

Growth plans include diversifying outside the resources sector, into industries with similar needs such as defence, and into international markets.

Subcon has a client list that would be the envy of most contractors.

An R&D partnership with CSIRO has contributed to Subcon’s success.

“We’ve had a really strong relationship with CSIRO to develop some of our deepwater resin technology,” Mr Allen said.

“The Researchers in Business program was truly excellent for a company like ours; we’d never be able to find a chemical engineer with the right skills let alone have the whole organisation working for us.”

Subcon has been contracted to build five artificial reefs across Australia, with innovation being a key differentiator.

“That means we can create larger reefs for the same amount of money.

“The fibre reinforced designs also have a longer design life than what was available before we came into the market.”

Mr Allen said the company’s work on artificial reefs has delivered benefits back to its core business. 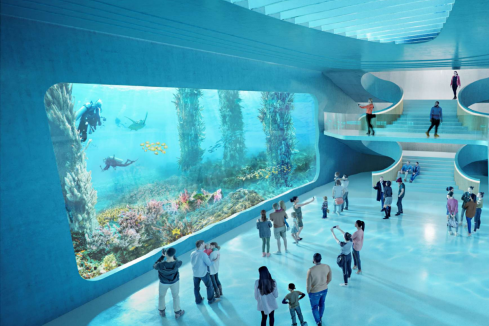