The federal government should offer Western Australia funding for power storage projects in proportion to its spending in the east, Energy Minister Bill Johnston says, while moves to introduce reserve capacity auctions and retail contestability locally are off his agenda. 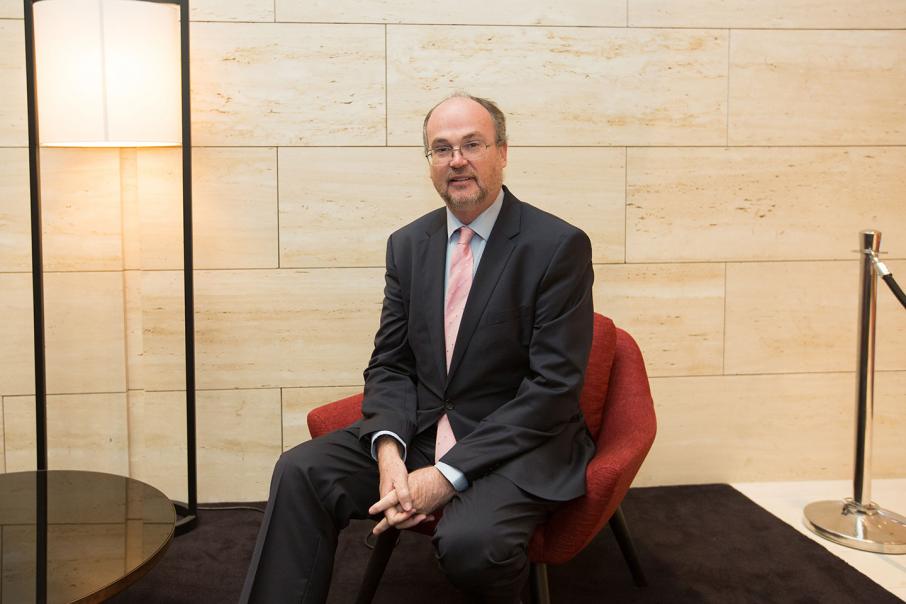 The federal government should offer Western Australia funding for power storage projects in proportion to its spending in the east, Energy Minister Bill Johnston says.

In a wide-ranging interview with Business News today, Mr Johnston also acknowledged moves to introduce reserve capacity auctions and retail contestability locally were off his agenda.

From an equity perspective, he said, the Commonwealth should contribute in WA just as it had done through the Snowy 2.0 pumped storage project on the east coast.

Snowy 2.0 will cost up to $4.5 billion, and Prime Minister Scott Morrison pledged a $1.4 billion equity investment this week, with the remainder to be funded by the Snowy Hydro company.

Further cash will be allocated to Tasmania’s battery of the nation project and a new interconnector from the island to Victoria.

Mr Johnston said it would be reasonable to expect a slice of spending matching WA’s population.

“Where’s the $450 million contribution to that challenge (firming renewable power) for WA, or is the federal Liberal government only going to spend money supporting the electricity system on the east coast?” Mr Johnston said.

“People think about the GST equity, but there's all these other equity problems.

“They're spending $4.5 billion building a power station on the east coast to provide firm power, and they haven't offered 1 cent (here), even though I've asked them twice.”

He said he had brought up the issue at Council of Australian Government meetings.

More broadly, Mr Johnston said the federal position on meeting the Paris agreement target to reduce carbon emissions by 26-29 per cent by 2030 was not credible, which was adding to pressures in energy markets.

An example was Mr Morrison’s announcement this week of an additional $2 billion in emissions abatement funding through the Climate Solutions Package.

“And yet he says it's not needed, in the same press conference he said Australia will achieve its carbon targets in a canter,” Mr Johnston said.

“So if we’re going to do that, why are we spending $2 billion on further abatement?”

Mr Johnston will not proceed with moves to introduce auctions to the state's reserve capacity market, which had commenced under the previous government.

The capacity market rewards generators that are ready to step in to produce power during periods of peaking demand, such as small, quick, gas plants.

A 2017 report by the Public Utilities Office recommended changing the pricing system for reserve capacity from a formula to an auction, predicting this would reduce costs from about $120,000 per megawatt to be nearly zero.

Mr Johnston’s predecessor, Ben Wyatt, delayed the changes after industry feedback, but they are now off the table.

“What we’d end up with is, the lowest cost providers would be the people with the written-down capital, so we’d never get a new build.

“All the oldest plants have the lowest capital cost, therefore they’d set the market price.

“The only two things you'd end up with are very old generators and demand side management.”

He said the capacity market needed to support new technology coming into the system, and changing to an auction would have unintended consequences.

But Mr Johnston did not rule out other changes to the capacity market to make it more responsive to technological change.

“I’ve got an iPhone 6, they're selling iPhone 10s now, technology is moving at an incredible pace, we have to be prepared to adapt to the situation that confronts us,” he said.

Reform in the market would need to be persistent to keep pace with the impact of technological change, Mr Johnston said.

For similar reasons, he was resistant to moves to lower the threshold for contestability in the retail power market, where customers must use at least 50 megawatt hours of electricity annually (about the level of a small supermarket) to be able to choose a supplier other than Synergy.

“The most expensive customers in the (system) are the ones at the end of very long feeders in the wheatbelt, we’re looking to see how we can use technology to bring down the cost to serve those people,” Mr Johnston said

“That makes the whole system cheaper.”

Last week, the government announced $8.8 million of contracts to roll-out a trial of standalone power systems in the Wheatbelt, which use renewables and storage.

That would save about $6 million compared to traditional network refurbishment costs, the government said.

“(It’s) all part of looking to where your highest costs are and addressing those to reduce your average cost of service,” Mr Johnston said.

“Most of those requirements are best done by an integrated decisions making process, I don't want to let that (process) be interrupted by individual corporate need.

“There’s no current business case for (full contestability), I don't see that happening any time at the moment, it's not solving the problem we’ve got at the minute.”

In 2017, Mr Wyatt had proposed moving to full contestability “sooner rather than later” according to reports, although he later backed away from that position.

The three projects and increased rooftop solar production are likely to add to pressure on existing coal generation capacity such as the Muja C&D plants.

Mr Johnston was not drawn on whether the state’s coal units would need to close earlier than their life expectancy, but did note that coal generators had issues with load-following.

As Business News has previously reported, coal generators are usually backed down in periods of high renewable production because they are unable to compete, but then are needed when renewable output is low.

Coal units struggle to adjust output in this way, however.

“There’s no question that new technology is a challenge to all existing technologies,” Mr Johnston said.