Novo Resources has entered into a $43m farm-in and JV agreement with diversified Japanese trading company Sumitomo Corporation to accelerate development of its Egina gold project located near Port Hedland, WA. Sumitomo can earn up to 40% in the project by spending the monies over three years, with minimum expenditure of about $7m per phase of work defined by programs and budgets developed by Novo. 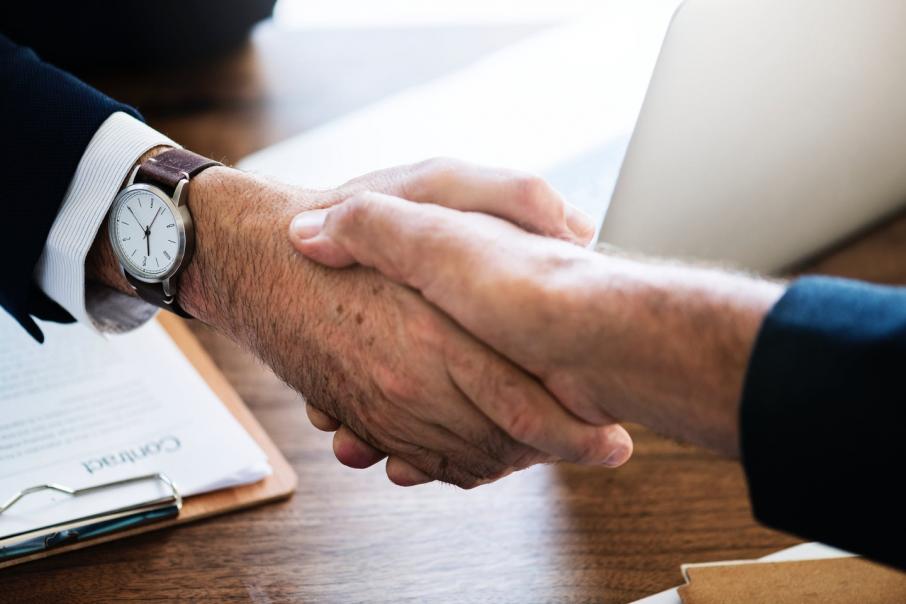 Sumitomo can earn up to a 40% stake in the project by spending USD$30m, or AUD$43m, over three years, with a minimum expenditure of about AUD$7m per phase of work defined by a program and budget set out by Novo to develop Egina.

Should Sumitomo elect to withdraw from the farm-in agreement, any amounts advanced to Novo will be repayable in the form of Novo shares at the higher of CAD$2 per share or the share price at the date the right is exercised.

In that instance, any shares issued to Sumitomo are subject to a 12-month contractual holding period, including a statutory escrow period of four months.

According to Novo, the agreement also provides a mechanism for Sumitomo to participate in an expanded project footprint, if this eventuates.

Novo Chairman and President Dr Quinton Hennigh said: “Novo’s Egina project is an early-stage, high-potential gold project. Sumitomo, upon conducting their own technical review, has developed a similar opinion. It is remarkable for an exploration company to team up with a world-class finance partner like Sumitomo.”

“With Sumitomo’s financial backing, we aim to quickly advance Egina through exploration and test-extraction phases with the ultimate goal, should results prove favourable, of setting the project on a path to production.”

“Novo has been developing the relationship with Sumitomo for many years, built on a foundation of mutual trust and respect. The combined teams have the technical capacity to advance this unique gold deposit and we are honoured to work with Sumitomo’s capable technical team.”

The Egina project is composed of wholly-owned Novo tenements that were picked up through the recent acquisition of Farno-McMahon and the company is also earning a 70% interest in other tenements via a farm-in agreement struck with ASX-listed Pioneer Resources and finalised in October last year.

After a recent break for the Pilbara wet season, it has been all pedal to the metal for Novo at Egina and the company outlined a major update of site activities for the project late last month.

This included the installation of a new exploration camp and the awarding of an earthmoving contract for its upcoming bulk sampling and processing operations.

The company’s privately owned IGR3000 gravity gold plant is also undergoing final upgrades to facilitate the processing of the bulk samples and ensure maximum recovery of gold during the upcoming campaigns.

Novo also recently completed several bores in the vicinity to ensure that appropriate volumes of water are available for this year’s bulk processing works at Egina.

In addition, the company has completed ground penetrating radar, or “GPR”, and ground magnetic surveys on-site over the primary target areas, that totalled about a square kilometre.

Novo management said that both techniques had proved useful, indicating the presence of shallow and laterally consistent subsurface gravel horizons and accumulations of heavy magnetic sands, which outline potential sites for conglomerate-hosted and alluvial gold mineralisation at Egina.

Modelling of these data will then help delineate a network of bulk sampling sites for excavation over the coming period.

Regional geological mapping and metal detecting activities are also underway across Egina to better define the extent of gold-bearing lag gravels and potential primary sources of gold in the underlying rock sequences.

Novo has revealed that numerous gold nuggets having been discovered and recorded during this program and while most are rounded and hence, likely sourced from weathering of conglomerates, others are attached to quartz and perhaps indicate a local hard rock source of gold may be present at Egina.

Dr Hennigh said last month: “I am pleased with progress at our Egina gold project. We are confident we will be working at Egina for a long time and therefore decided to invest in a new, large camp suitable for sustainable operations at this remote location.”

“Earth moving equipment has been delivered and preparations for bulk sample processing including upgrades to Novo’s IGR3000 gravity gold plant are well underway.”

“Data from our recently completed GPR and magnetic surveys appear highly useful for laying out our bulk sample sites. We expect to be excavating bulk samples commencing in late-June with processing commencing by early July once plant upgrades are complete.”

“In the meantime, our scout mapping and metal detecting campaign has added to our understanding of the extent of gold-bearing lag gravels across the mining lease as well as suggested we may have local bedrock gold sources.”

With this week’s farm-in and JV deal with Sumitomo Corporation, Novo can now have a full exploration tilt at Egina and will want to move quickly towards defining gold resources and accelerating the project’s development, particularly with gold bouncing around AUD$1,900 per ounce at present.