The state government has stuck to its position that maintenance of leased railway infrastructure is the responsibility of the private sector, in its response to the 2014 parliamentary committee report into the management of the state’s freight rail network. 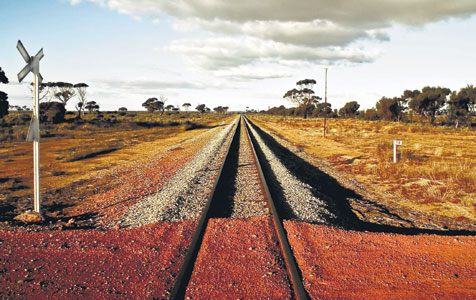 The state government has stuck to its position that maintenance of leased railway infrastructure is the responsibility of the private sector, in its response to the 2014 parliamentary committee report into the management of the state’s freight rail network.

Transport Minister Dean Nalder said today that the government had committed to work with grain handler CBH Group and Brookfield Rail to determine if there would be a viable business case for the usage of tier 3 rail lines.

Following its Strategic Grain Network Review, the state government has spent $163 million in upgrades to the rail network, and an additional $118 million allocated to road upgrades in lieu of tier 3 rail lines.

“The purpose of this program was to encourage the funnelling of grain to viable rail lines for rail transfer to port and to enhance road safety for local communities,” Mr Nalder said.

The government said Main Roads WA had undertaken a weekly assessment of roads used to transport grain, with no apparent increase in trucks in metropolitan Perth.

CBH Group said it was disappointed with the result.

General manager David Capper said the report had made some good recommendations offering solutions that had not been adressed in today's response.

"These solutions included changes to the Railways Access Code to provide a better pathway to access for access seekers and enhanced government oversight of the lease by the PTA in holding Brookfield Rail to account for their management and ongoing maintenance of the rail network,” he said.

“We have provided both Government and Brookfield Rail with several proposals to ensure a long term solution for the Tier 3 lines. All of these have been rejected,” he said.

“We have been and always are willing to discuss the future of the Tier 3 network and work with the Government and Brookfield to find a long term solution to the ongoing operation of those lines.

“CBH will not however invest grower funds whilst Brookfield Rail’s existing approach does not provide any transparency, accountability or sustainability in relation to the performance or operation of the State’s rail network.”

On Friday, the Economic Regulation Authority appointed arbitrator made a determination regarding CBH’s proposal to access the tier 3 lines operated by Brookfield.

Brookfield Rail, which has invested almost $2 billion in the feight rail network since privatisation, said a 90-day negotiation period will commence towards the end of March.

“We look forward to reaching a collaborative solution that underpins the required investment in the grain freight rail network and provides supply chain security and certainty to our West Australian farmers for the long term,” the company said.

Brookfield had invested substantial capital to expand the network and ensure the best outcomes for the state, it said.

"At privatisation, the rail network was transporting around 30 million tonnes per annum.

Agricultural lobby group WAFarmers said it had concerns for the safety of rural communities and road users since the closure of tier 3 rail lines increased truck movements.

President Dale Park recently said the recent closure of the Cunderdin–Quairading Road to heavy vehicles after structural damage would be a wake-up call for the state government.

“The closure of the tier 3 rail lines is having, and will continue to have, a negative impact on rural roads which are being forced to bear loads which they were never built to carry,” Mr Park said.

“The committee worked hard to find solutions and made some good recommendations which the Government has taken almost no notice of.

“Government policy on this issue is obviously in tatters and even Minister Nalder has admitted the strategic grain network report is out of date."