The six-month Plus Eight accelerator program reached its 2018 culmination last night, as seven startups pitched their growth and expansion plans to a sold-out audience. 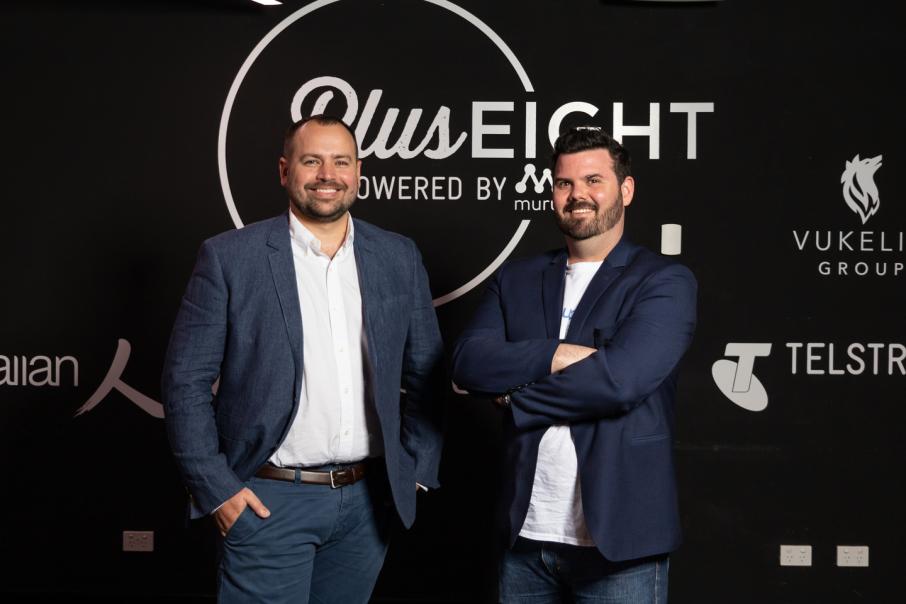 The six-month Plus Eight accelerator program reached its 2018 culmination last night, as seven startups pitched their growth and expansion plans to a sold-out audience.

The accelerator is a partnership between startup hub Spacecubed and Telstra's accelerator muru-D, with additional sponsorship from Hawaiian, Bunbury-based Vukelic Group and Seven West Media.

Selected startups received access to seed funding worth $400,000, six months of mentorship from industry professionals in their field, and access to co-working spaces, Riff and FLUX by Spacecubed.

“Plus8 has helped my understanding of the business side, not just the technical side,” he said.

The idea for udrew had been brewing for almost 15 years, inspired after Mr Young experienced the building approval process first hand.

While attempting to install a fence on his property in 2008, his local council took over seven months to approve the building plans.

When he noticed a small spelling error, the council halted the construction and took another 2 months to make the correction.

“I could have had a baby in that time, and I just wanted a fence,” Mr Young said.

He recognised that the information needed was geospacial, and, given his own background in the area, began a decade long process of data collection.

In 2016, Mr Young began to create the Udrew platform.

“The whole idea is to get as much of the savings to the person building something, to really reduce the costs,” he said.

“A lot of people will give up before they’ve even started building because of the process at the moment.”

An average small structure generally took four to six months for approval, he said, and with around 800,000 of these per year in Australia, the time saved for the building industry would be vast.

The company is now in partnership with the City of Wanneroo as a pilot council, with roll out expected early next year.

Mr Young said he had received interest from across Australia in addition to New Zealand, Europe and the US, but was determined to trial at home.

“For me, it’s very much about fixing the home-grown problem,” he said.

“I want to get WA first because that’s where I come from.”

Udrew has raised close to $560,000 this year, with support from Midland Brick and Curtin University, as well as tech investors Matt Macfarlane and Andrew Larsen.

The Plus Eight program has been running since 2017, and is ranked fourth by funding on the BNiQ database.