A bright idea cooked up in the early stages of the pandemic has provided 34,000 meals for people in need, while also supporting local hospitality venues. 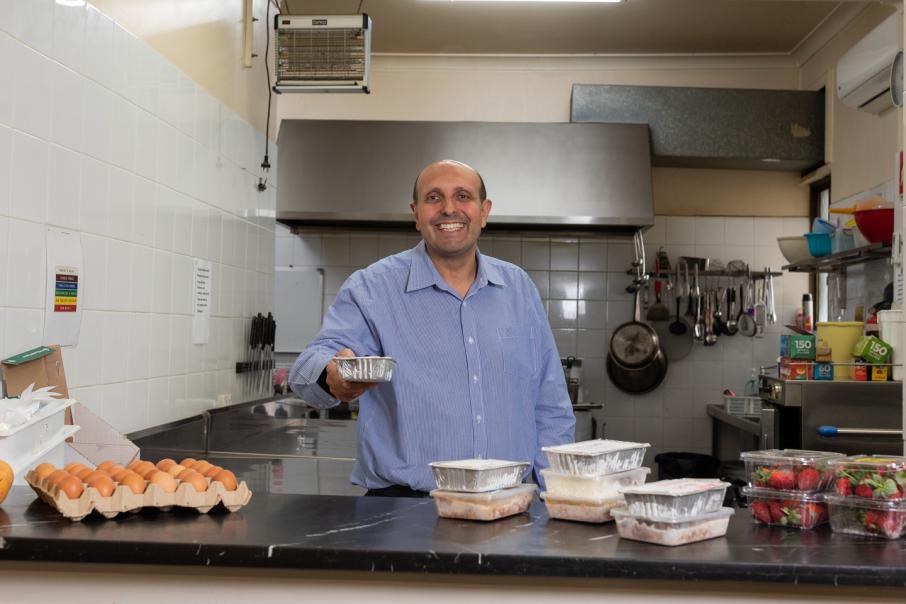 Michael Piu says there is a growing realisation that organisations must find new ways to reach people in need. Photo: Gabriel Oliveira

A bright idea cooked up in the early stages of the pandemic has provided 34,000 meals for people in need, while also supporting local hospitality venues.

And according to St Patrick's Community Support Centre chief executive Michael Piu, the benefits have extended well beyond the basic provision of a service.

As restaurants were forced to shut because of the COVID-19 lockdown in March, St Pat’s, along with Rise Network, Uniting Way WA and the Fremantle Chamber of Commerce, with the philanthropic support of Minderoo Foundation, Fremantle Port Authority, and the McCusker Charitable Foundation, established a program called Doorstep Dinners, which involved organising restaurants to cook 200 meals a day for people in need.

The program was intended to last for 45 days, but was extended with extra funding from Lotterywest, Fremantle Foundation, Commonwealth Bank, and the McCusker Charitable Foundation.

From April to September, Doorstep Dinners delivered $316,000 to support Fremantle restaurants and $102,000 to restaurants in the city.

In its second phase, from July to September, the program expanded to the Perth CBD, with the help of community services organisation Uniting WA and the City of Perth, restaurant Degani Kings Square, and Innovations Catering, to feed an additional 100 people.

Donor funding in the second phase allowed for paid support workers to be employed to ensure participants could access the support they needed and transition off the program.

About 150 people volunteered to deliver meals.

Mr Piu said volunteers were able to build trust and relationships, and participants confided in them.

This allowed volunteers to become aware of health issues and ensure participants accessed support, he said.

“It had implications well beyond the obvious of serving a person a meal,” Mr Piu said.

Mr Piu said the Doorstep Dinners program reinforced the need to embed services in different locations to reach different demographics, a method of service delivery the organisation had been researching before the pandemic.

He said there was a growing realisation in the sector that organisations had to find new ways of reaching people in need.

“People are not necessarily going to come to you, as a charity, or want to go through traditional routes, so we have to find new ways of delivering those services and meeting the need effectively,” Mr Piu said.

Encouraged by research from Doorstep Dinners, and after securing about $150,000 of funding from an anonymous donor, St Pat’s set up Library Connect – Freo.

The program involves employing a support worker stationed at the City of Fremantle’s library to offer support to people who might feel more comfortable in a public setting, especially young people and women.

Mr Piu said the support worker had been stationed at the library for the past two months, and initial results were encouraging.

“A very strong representation of people in their 50s and 60s (are) among the people we have engaged with through the library so far,” he said.

The funds have employed a support worker and the enlisted researchers from the University of Western Australia to evaluate the program to build an evidence base.

St Pat’s was recently recognised for its COVID-19 response at the Fremantle Business Awards, winning the Department of Communities community service excellent award.