One of WA’s most experienced hospitality professionals is helping lower the barriers to enter the craft beer industry. 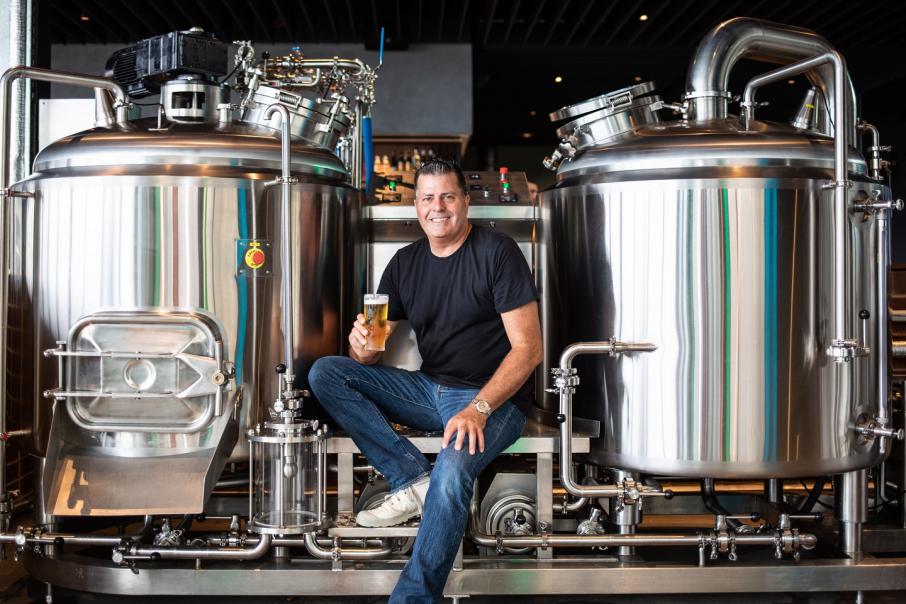 Indian Ocean Brewing Company founder St.John Hammond doesn’t believe the future of craft brewing involves large-scale operations pumping out millions of litres, but rather a scenario in which every pub is brewing its own beer.

That innovative concept has led Mr Hammond, a hospitality veteran who has been involved in operating some of Perth’s most prominent pubs, to establish Flying Foam, a craft brewing consultancy designed to help any interested publican start making their own beer.

Mr Hammond told Business News the idea for Flying Foam was born from frustration that arose during the establishment of Indian Ocean Brewing in 2006.

“It was incredibly expensive 13 years ago, and you typically bought a brewing kit and waited for it to be delivered three months later,” Mr Hammond said.

“But no-one really told us about the services and the complexity of putting a brewery into a hospitality arena.

“So when the brewery got to Mindarie, we then realised the complexity of steam, hydraulics and wastewater, and the whole impact of trying to operate an industrial process within a hospitality space.

“We made every mistake under the sun, and at that point I thought there should be someone to do this for us, or to help.”

Mr Hammond said Flying Foam turned the traditional concept of brewing as a back-of-house operation around, showcasing it front and centre as an architectural feature of any given venue.

“Flying Foam set about the task of how to remove as much of the nasty industrial support structure in craft brewing and create a user-friendly, turnkey solution that allows even small-volume aspirations within hospitality operations to go forward,” he said.

The company’s first project was a microbrewery at Shanghai’s Kerry Hotel, one of the first to be established in the Chinese city at the nascent stages of its craft beer movement.

However, following the Shanghai foray, Mr Hammond put Flying Foam on hiatus for several years, with his attention drawn to running the hospitality side of the Indian Ocean Brewing business, as well as the portfolio of other venues in which he is a partner, the Rosemount Hotel, the Claremont Hotel and the Leederville Hotel among them.

In 2014, Mr Hammond revived Flying Foam when he was approached by the team behind the Northbridge Brewing Company, Beerland Brewing, to help install a brewing facility in an extremely restricted space.

Further development led to the creation of Flying Foam Nanocraft, a platform that can produce between 15,000 and 60,000 litres of beer a year.

“Its refrigeration side has been designed to be ultra-efficient to work within the existing structures of hotels, and on its base footprint, it relies on 22 square metres internal space and 9sqm back-of-house space.

“That allows us to drop these things in the middle of rooms and create a real architectural centrepiece around brewing, which of course then further strengthens the relationship between craft brewing and drinking fresh beer, which is the wonderful thing about craft brewing.”

Mr Hammond said the revolutionary aspect of Flying Foam Nanocraft was that it eliminated one of the biggest operational costs for any craft brewery – the need to employ a brewer.

The brewing service is instead provided by Flying Foam’s team, with clients selecting beers from a range of more than 250 recipes, which are then customised to suit their specific needs.

The first working model of Flying Foam Nanocraft in WA is the Waverley Brewhouse in Cannington, while current projects under the company’s umbrella include: the Whalebone Brewing Company in Exmouth; Running with Thieves Brewery and Distillery in South Fremantle; Geographe Bay Brewing Company Busselton; Driftwood Estate Margaret River; and The Boilerhouse in Adelaide.

“The model of trying to set up very big, expensive breweries that require substantial litrage to break even, that model will still exist, but that’s a hard road to tread.

“But the fact that you want to brew beautiful, handcrafted local fresh beer in your venue to sell to your customers, I think that has endless charm and that is going to be the sustainable future of craft brewing not only in WA, but throughout Australasia.” 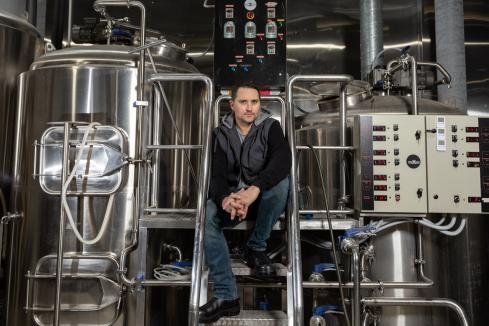