The government’s plans for local council amalgamations have met strong opposition from some quarters, but not the big end of town. 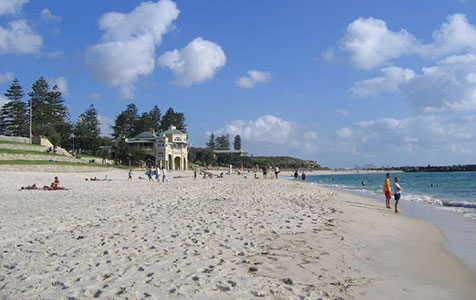 Several long-time contacts have asked me why Colin Barnett is dishonouring his promise not to forcibly submerge Perth’s 30 local councils into 15 mega entities.

Accustomed as we are to our politicians saying one thing before an election and then promptly changing their tune after they form government, the reasons the premier is breaking this particular commitment remain unclear.

After all, he’d claimed well before the 2013 state election that: “The state government is not to go down the part of widespread [local government] amalgamations.

“We do not intend to do what [Liberal Premier] Jeff Kennett did in Victoria.”

And in his election eve newsletter to voters in Cottesloe he added: “There has been much said about local government over recent months.

“However, claims that the state government will use its powers to force such an amalgamation are simply not true.”

Despite those claims, it seems the premier has had a change of heart, much to the chagrin of those ratepayers and voters who took him at his word.

Clearly he’s no fan of the great Austrian-born liberal economist Leopold Kohr (1909-94), who warned against ‘the cult of bigness’.

Also apprehensive of this cult is Kohr’s best-known student, liberal economist Fritz Schumacher (1911-77), who popularised his teacher’s ideas in the important book Small is Beautiful: A Study of Economics as if People Mattered.

Is it therefore coincidence that Mr Barnett studied economics and, in the process, embraced the ‘cult of bigness’, as did so many other myopic economists who are group-think individuals?

Is it also coincidental that he’d worked for years at the now-defunct Confederation of WA Industry, long regarded as the big end of town, where that cult was so evident?

As we all are, politicians are influenced by their reading and workplace experiences. Mr Barnett isn’t different.

But that’s not all that’s worth contemplating with regard to Mr Barnett’smodus operandi.

Take the pivotal question of democracy – democratic practice – by which is meant voters determining by ballot the size and nature of the local entity in which they reside.

Although not widely known, that right is incorporated in Western Australian local governance legislation, at Clause 8, Schedule 2.1, of the Local Government Act (1995).

Interestingly, in 1995, Mr Barnett voted for enshrining this right so electors could initiate binding referendums on proposed local government amalgamations.
But in 2013, after promising there would be no forced council amalgamations, he tried to remove this democratic referendum provision.

Unfortunately for him, his party room quashed his anti-democratic agenda.

So we now have the unedifying spectacle of mega councils being artificially devised by resorting to Orwellian Newspeak and not calling them ‘amalgamations’ but ‘boundary adjustments’, in a desperate bid to evade the 1995 referendum provision.

There’s another equally important consideration pertaining to the influence of the big end of town, which goes beyond Mr Barnett’s years at the Confederation of WA Industry.

One of Western Australia’s most politically influential industry lobbying groups is the Property Council of Australia headed by Joe Lenzo, who has publicly expressed enthusiasm for Mr Barnett’s bid to impose mega councils upon metropolitan Perth.

Their opponents quite understandably view this as an attempt to anti-democratically impose their restructure agenda upon local governance.

What mega councils will mean regarding the decision-making process for project developments remains to be seen.

What is clear, however, is that ratepayers, unable to exercise their democratic right to decide on whether their councils are merged, aren’t happy.

Three councils – Subiaco, South Perth and Serpentine-Jarrahdale – have chosen to challenge his so-called reformism in the Supreme Court, with an unknown number of other councils having pledged financial backing for the case without joining the action.

Not surprisingly Mr Lenzo has spoken out against this move, even if somewhat guardedly.

“It is disappointing to see this last ditch attempt by certain councils to completely derail the reform process,” he said.

Earlier he’d been reported in The Post saying: “In the western suburbs we’ve got to get rid of the Cottesloes and the mindset of the people who actually live there and to try to get some development happening.”

Councillors who back the Supreme Court challenge are concerned about precisely what having their “mindset” re-oriented towards “development happening” really means.