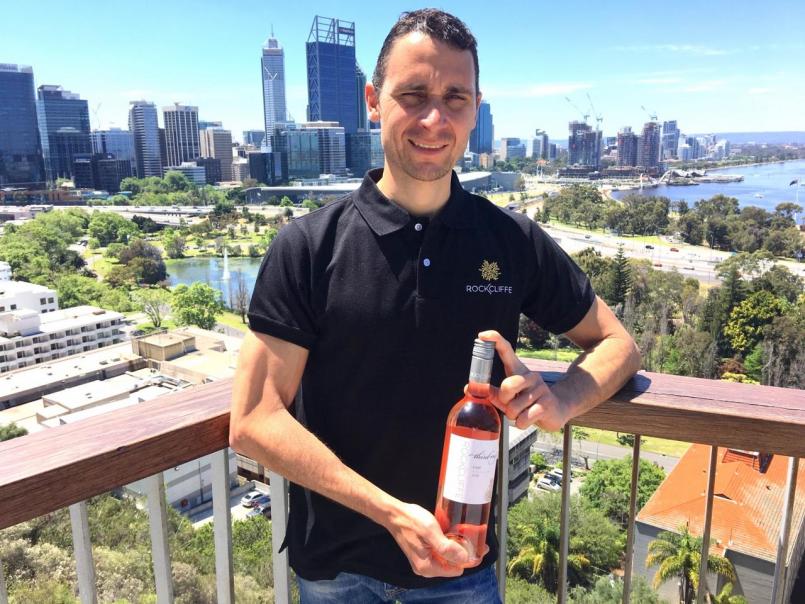 The dream of crafting a superlative rosé wine is now a golden reality after Rockcliffe winery’s 2018 vintage was voted the best rosé  at the 2018 Wine Show of Western Australia, held in Mount Barker.

It is one of the proudest achievements for winery owner Dr Steve Hall whose fascination with rosé wines began decades ago when a geologist living and working in France.

“When I lived in Paris we really used to like drinking the pale, dry rosé that went well with Algerian and Moroccan food, but I didn’t see that style of wine in Australia,” Dr Hall said. “We wanted something pale and dry and I felt it would go down well here.”

Shortly after building his winery and renaming the estate Rockcliffe, he set about making a salmon-coloured rosé that went on to win awards without meeting his desire for a wine in the French style.

So, 18 months ago Dr Hall instructed Rockcliffe assistant winemaker Antony Paume to produce an almost grey-coloured rosé, similar to those that Monsieur Paume had made in his native Provence.

The wine had to be light and easy to drink, suitable for consuming on its own or accompanying simple dishes, be it Asian cuisine, a cheese platter, salads or humble fish and chips.

Before too long, the winemaker had identified the key ingredient – Grenache grapes locally supplied.

“It was important to have a dry wine but also a pale colour,” Monsieur Paume explained. His task was supplemented by a trip to Provence that Dr Hall made earlier this year.

In France Dr Hall sampled many rosé wines and spoke to winemakers to reassure himself that the effort was well directed in his winery in Denmark, 420km south of Perth.

Shortly after his return, the new rosé was ready for bottling. And as it hit the shelves its entry was confirmed in the 2018 Wine Show of Western Australia, held in Mount Barker.

No one was more thrilled than Dr Hall and his winemaker when Rockcliffe Third Reef Rosé 2018 defeated all rivals to win the Booth Transport Trophy for best rosé of the show.

“I always felt we should be trying to make the best rosé we could,” Dr Hall said.

The trophy sits proudly in the entrance to Rockcliffe’s cellar door and celebrates a product designed to surpass already high standards in the winery. Amazingly, it did so at the first attempt.

Monsieur Paume says the latest winemaking technologies were used to craft the wine. He thanked Dr Hall for the opportunity to make the vintage.

“It’s always good to have a trophy,” he said, “and I think rosé wine is now in fashion.”

This column is part of the Adapters series produced by Perth Media. It profiles Perth Media small business and not-for-profit clients exclusively.