The seemingly insatiable global demand for Lithium has created a modern day gold rush of sorts – and everyone is looking for an edge. Those mining entrepreneurs who made their fortunes sniffing out gold, nickel and copper are now all fired up about the prospect of starting over again with Lithium. Whilst hard rock projects are popular, Lithium brines are set to star and Reedy Lagoon look to be well placed. 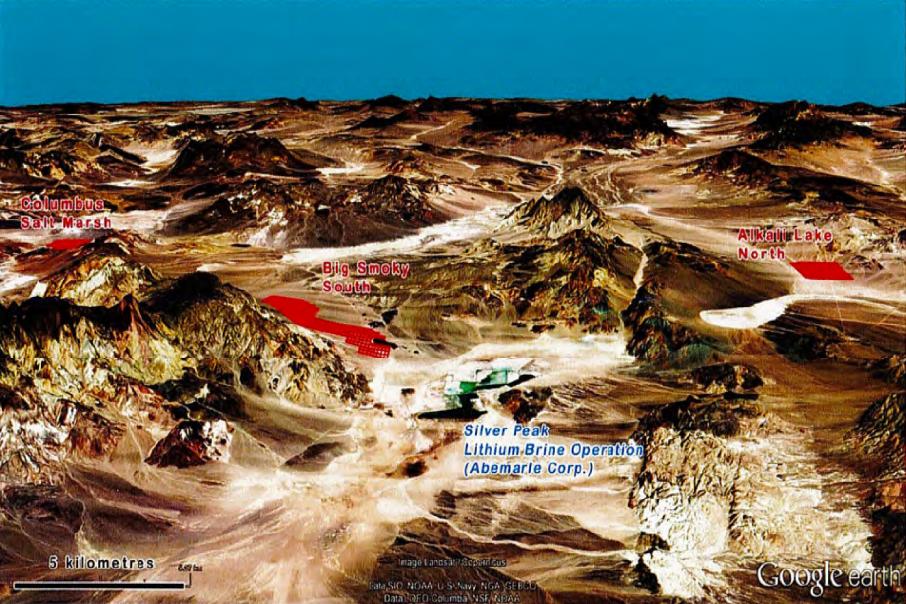 The seemingly unstoppable and insatiable global demand for Lithium has created a modern day gold rush of sorts – and it’s only just beginning.

Those mining entrepreneurs who made their fortunes sniffing out gold, nickel and copper resources in every far-flung corner of the planet, are now all fired up about the prospect of starting over again with Lithium.

Lithium can be found in a plethora of host hard rocks including spodumene, petalite, and lepidolite to name just a few with spodumene being the most popular, particularly in Western Australia.

However, in the finest traditions of mining entrepreneurship, Lithium is being sought out in more unusual host settings such as underground, naturally occurring, salty water reservoirs known as Lithium “brines”.

The presence of salt in the water can sometimes be an indicator that the reservoir also plays host to lucrative minerals such as Lithium that were historically dissolved in the water along with the salt.

The salt in the water acts as an electrical conductor, the size of which can be measured by above ground geophysical surveys that measure the amount of electrical resistance that a reservoir has. The less the resistance, the higher the conductivity, the higher the salt levels – and where there’s salt, there may well be Lithium, particularly if the brine occurs in a Lithium bearing region.

Typically a resistivity of less that one ohm-meter is an indicator of a highly conductive brine which is well endowed with salt and therefore potentially Lithium.

Why is all this relevant ? Because an ASX listed minnow with a market cap of just $4m has recently put its foot on a Lithium brines project in Nevada USA that looks as intriguing as the company’s name.

The Reedy Lagoon Corporation has locked down the right to acquire three Lithium brines projects within about 30km of each other that are right on the doorstep of North America’s only producing Lithium brines mine, the Silver Peak mine in the Clayton Valley.

Silver Peak is owned by NYSE listed chemical giant Albermarle and turns out around 6,000 metric tonnes of Lithium Carbonate equivalent each year, albeit it is somewhat constrained by the over 4000 acres of evaporation ponds required to run the operation.

In a move that underpins the fascination that people have around exploration, Reedy Lagoon managed to find, (probably in at attic somewhere) an obviously typewritten, 1977 geological survey report commissioned by the US Department of the Interior relating to the region that Reedy’s projects fall within.

The report is littered with references to Lithium bearing brines in underground springs in the region.

It says in part; “Analyses of waters from springs in Nevada have led to the identification of an area containing anomalous amounts of lithium northwest of the Clayton Valley area. Fish Lake Valley and Columbus Salt Marsh contain waters having relatively high lithium and potassium concentrations.”

It then goes on to say; “Some constituents of the brines and/or their associated salts have been commercially produced. Sodium, chloride, boron, potassium, trona, and other Ions and salts are now produced or have been produced from some of these brines. Most of the commercial production has been for the major constituents of the brine. However, a minor element, lithium, can also be produced economically from some brines.”

In a scene reminiscent of the famous Harry Potter movie, Reedy Lagoon management were no doubt wide eyed after blowing the cobwebs of this 1977 report.

Early this year the company tested the theories contained in the report and had their own bingo moment after their surface based geophysical surveys threw up strong conductors across all three project areas – all with resistivity readings of less that one ohm-metre in some parts.

Some conductors occur from just 350m deep and others extend to around 1.5km deep. The center of most low resistivity areas sits at around the 800m to 1000m mark. Most have horizontal widths of approximately 800m and vertical thicknesses from 300m up to around 800m.

Reedy believe they have identified large underground salt brines or “conductors” at all three project areas, the question that will now be resolved by drilling, is just how much Lithium is contained within those brines.

Management are encouraged by the presence of relatively recent historic volcanic activity in the area and believe this could be the source of both the Lithium and the salt that was historically dissolved by the geothermal heat sources in the region.

Unlike the Silver Peak mine, Reedy aren’t planning to build acres of evaporation ponds that take between 18 and 24 months to produce Lithium Carbonate from the time the water is pumped to the surface.

They are planning to use technology similar to that pioneered by Italian company Tenova Bateman Technologies known as “TBT” that does not require the use of expensive and expansive evaporation ponds.

The TBT technology provides for the operator to simply pump the Lithium infused salty water to the surface, circulate it through a processing plant before returning about 90% of the water to the aquifer with the Lithium remaining at surface. Other unwanted excess materials such as Magnesium are also removed.

The Lithium is then processed directly into battery grade Lithium Hydroxide.

Some believe that Lithium brines can be processed at around half the cost burden endured by the hard rock miners because it doesn’t need to be mined, crushed or roasted. It is simply pumped to the surface and converted directly into Lithium Hydroxide, one of the key end user products that are so highly sought after by the battery manufacturers.

It probably doesn’t hurt either that the revered Tesla Gigafactory is only about 250km’s away from Reedy’s projects.

Whilst the TBT technology is yet to be trialed commercially, TSX listed Pure Energy have been blazing a trail with the technology and are part way down the path towards proving its commercial viability.

The company is now moving to build a large scale pilot plant in Clayton Valley Nevada to prove up the technology.

With the Lithium market moving so rapidly, everyone is looking for an edge and the market now seems to be cautiously embracing Lithium brines.

ASX listed Red Mountain Mining’s market cap jumped by $9m from $4m to $13m after they announced the 51% acquisition of a brines project in Utah. That particular project has not turned out to be a winner, however the market was clearly prepared to embrace the concept Red Mountain changing focus to Lithium brines.

Lithium Consolidated Mineral Exploration Ltd raised over $5m to list on the ASX earlier this year with a suite of brines projects in Nevada amongst other things.

With a market cap of just $4m, Reedy Lagoon look to be just crouching right now, poised to spring into action on completion of the deal.

For the aquisition to proceed, Reedy must raise $2m to fund an exploration program and they must issue $2m worth of stock to the vendors at the same price that the capital raise is undertaken  at. A meeting of shareholders has now been called to approve the issue of shares for the acquisition. The notice of meeting issued on Friday sets out various share issue prices ranging from 2 cents to 6 cents and capital raise sizes from $2m to $4m to demonstrate the effect on the resultant equity that would be paid to purchase the projects.

Whilst the exact nature of the capital raise is not yet clear, the company’s past history indicates that it will probably involve some kind of shareholder entitlement, possibly in concert with a sophisticated or corner stone investor raise.