Reality’s what you make it in the metaverse

Investment in the metaverse and beyond present opportunities for the local tech sector. 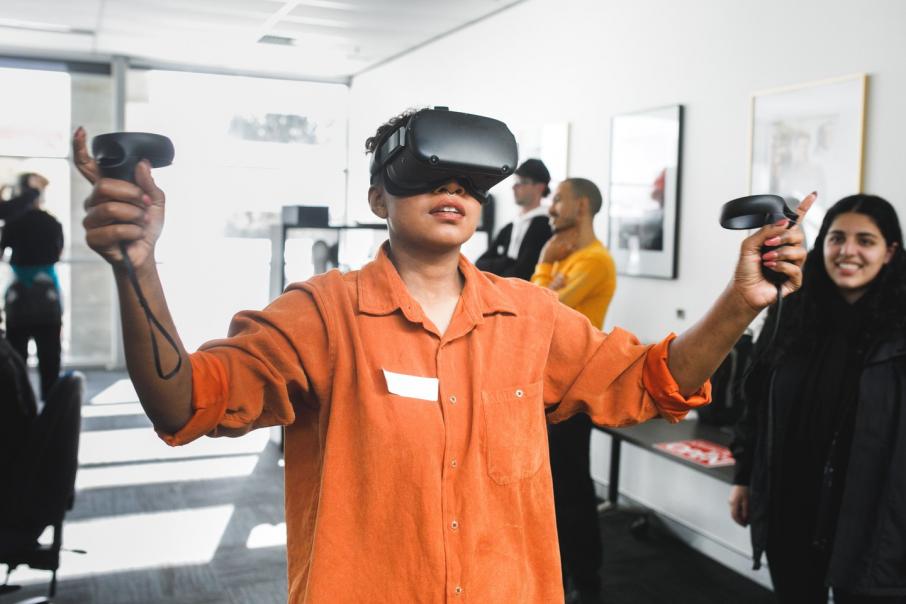 Ah, the metaverse, the next big thing you hadn’t heard of until maybe a few weeks ago when Facebook changed its name to Meta.

Within certain circles of futurists, tech geeks and Silicon Valley startup folk, however, the metaverse – or the merging of the real and the virtual, the physical and the digital – is an idea that’s been a long time coming.

It’s an idea that many have been throwing lots of resources at for many years.

Meta, and the metaverse itself, are a nod to an idea coined by cyberpunk writer Neal Stephenson in his 1992 book, Snowcrash.

Natalie Marinho, founder of Fremantle-based Voyant Augmented Reality, told Business News Stephenson’s visioning of the metaverse was an immersive software interface that allowed people to interact with each other in virtual reality.

And while Stephenson’s early 1990s imagining of the metaverse is already coming to pass through the internet and virtual reality, the metaverse’s latest incarnation also includes augmented reality (AR).

“This is more aligned with the industry term extended reality (XR), which is a spectrum of immersive technology that blends digital information with the physical world,” said Ms Marinho, who is also inaugural chair of Immerse Australia, the national association for professionals and companies working in VR, AR, 360 video, and immersive technologies.

She said while the metaverse idea had been around in science fiction for years, Facebook’s public shift in focus could propel the metaverse into the mainstream.

Indeed, this announcement reflected a long-term interest from Facebook in moving beyond the web into the physical.

“When Facebook acquired VR company Oculus back in 2014, it signalled an interest in this emerging technology,” Ms Marinho said.

“In terms of AR, they acquired Instagram in 2012 and introduced AR filters in 2017 via their own Spark AR technology.

“[Facebook] has now announced it will spend $10 billion this year on its metaverse division, which includes 10,000 new jobs across the EU.

“Add to that the fact they have rebranded their parent company as Meta and it’s clear to see where the vision lies.”

Along with Facebook throwing its weight around, COVID-19 has proved to be the ultimate disruptor, including driving the interest and uptake of the metaverse.

“They began to realise the opportunity afforded by extended reality for telepresence, team collaboration and client assistance.

"Although there were already existing online collaboration tools, XR technology takes it to the next level.”

These shifts were not just driven by a desire to be together in new ways (when people were unable to be physically present), but also new ways of creating and experiencing art and culture.

"Performers, artists and creators can now create experiences for their audience to access from home, such as virtual exhibitions, concerts, and immersive storytelling.

“There’s a great opportunity for Australian content creators to reach a global audience.”

To the metaverse, and beyond

So, what happens next, especially for the WA XR industry?

“It’s an exciting time to be in the XR industry and the investment that Facebook is making is tremendous,” Ms Marinho said.

“Everyone working in the industry hopes that Facebook’s ambitious plans and multi-billion-dollar investment is the impetus to grow the sector here in Australia encouraging more public and private sector investment.”

• Dr Kate Raynes-Goldie is a multiaward-winning designer, researcher, futurist and certified facilitator of LEGO Serious Play. She is also the CEO of Lovego, where she is improving the dating experience for business women