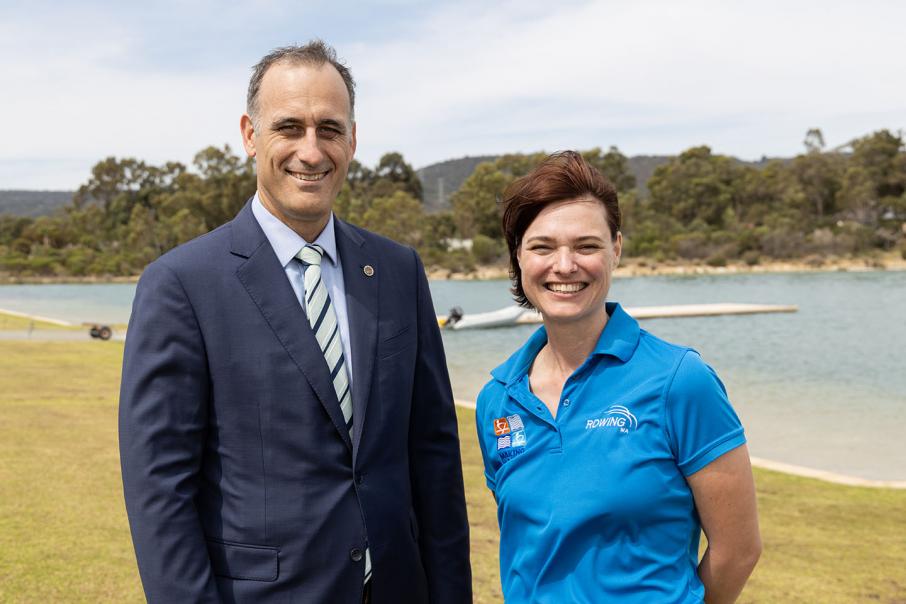 Wesfarmers, Curtin University and the state government have announced their support for Rowing WA’s ‘Making Waves’ program, part of a number of community initiatives aimed at increasing youth engagement through sport.

The new support will include financial backing and, in Curtin’s case, a streamlined pathway for those looking to pursue tertiary education opportunities.

The program, which operates out of Rowing WA’s Champion Lakes regatta centre, near Armadale, introduces local high school students to rowing at minimal to no cost.

He said ‘Making Waves’ could benefit young people in the area, given Armadale’s youth unemployment figure was above average and the number of year 12 graduates going on to higher education was low.

“It means a great deal to Rowing WA that a program being delivered to students in the greater Armadale region is being embraced,” Mr Rose said.

“It uses rowing as a way to build self-esteem, confidence and pride in mastering a sport that demands focus and respect for others and for the equipment.

“For the many students involved, this has been a truly new experience in a safe place where they can explore their capacity to meet these challenges.”

About 200 students are enrolled in the program this year, with Rowing WA aiming to increase enrolments to 800 per year on the back of Wesfarmers, Curtin University and the state government’s addition as partners.

Rowing WA chief executive Daniel Tackenberg said the government would contribute $10,000 to the program, while Curtin University would promote pathways to higher education for participants through its ‘Curtin AHEAD’ program.

Wesfarmers will contribute $733,000 as part of a five-year partnership.

“Rowing is a real team sport, it’s a very difficult sport, and teamwork and mutual respect are crucial,” he said.

“It has the power to touch, shape and change lives and develop great qualities in students.”

Mr Scott’s interest in rowing is to be expected; having rowed competitively in the 1980s, he went on to represent Australia in several world rowing championships throughout the 1990s, culminating in a silver medal win at the 1996 Atlanta Olympics.

He alluded to that past at the event, noting that while the partnership reflected his own interest in rowing, Wesfarmers became involved with ‘Making Waves’ because it was impressed with the program’s potential to teach discipline to youth in the region.

“We all share a sense of ambition for all the kids in this local community,” Mr Scott said.

“Through rowing, many life skills can be developed, learning something new, on the water, unbalanced, out of your comfort zone, being entrusted with equipment that is large yet delicate and difficult to manage.”

“At the core of the ‘Making Waves’ program is the fundamental belief that sport can be used to influence and change lives for the better, no matter who you are or where you’re from.”

Wesfarmers has made $72 million in direct and indirect community contributions so far this year.

Ranked first on the BNiQ list of public companies by revenue, Wesfarmers has aligned with similar community organisations and programs through the years as founding partner of The Clontarf Foundation.

It ranks ninth on the BNiQ list of charitable organisations with $47.4 million in revenue, and counts Rio Tinto and Woodside among its corporate partners.

Wesfarmers has also previously contributed to The Graham Polly Farmer Foundation, which provides a suite of afterschool education programs for Aboriginal children.

Now counting Rio Tinto as a major partner, the foundation earned $6.2 million in contributions in the year to June 2019.

That’s comparable in scope and size to the Wirrpanda Foundation, which earned $6.2 million in contributions in the year to April 2019.