What will new housing developments look like in the future. 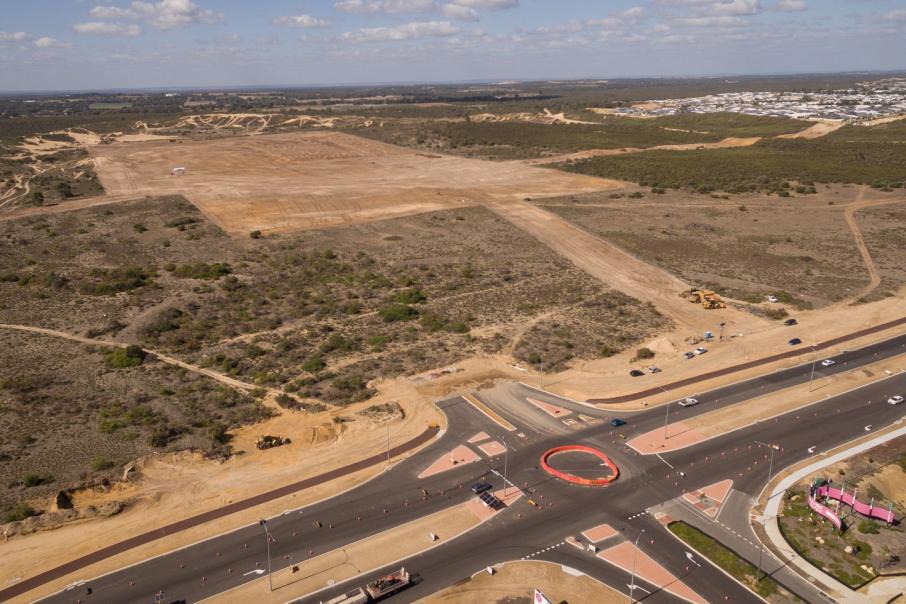 The Perth and Peel regions extend 150 kilometres from Two Rocks in the north to Bouvard in the south.

With the region’s population expected to grow to 3.5 million by about 2050, the WA Planning Commission expects Perth will need 786,000 new dwellings to accommodate the extra 1.5 million people.

More than half these dwellings (409,000) will be built in the outer suburbs, in areas such as Alkimos (lead photo) in the City of Wanneroo.

That figure assumes the state government achieves its ambitious 47 per cent infill target. If infill stays around current levels (40 per cent), the number of new houses built on the urban fringe will be closer to 470,000. 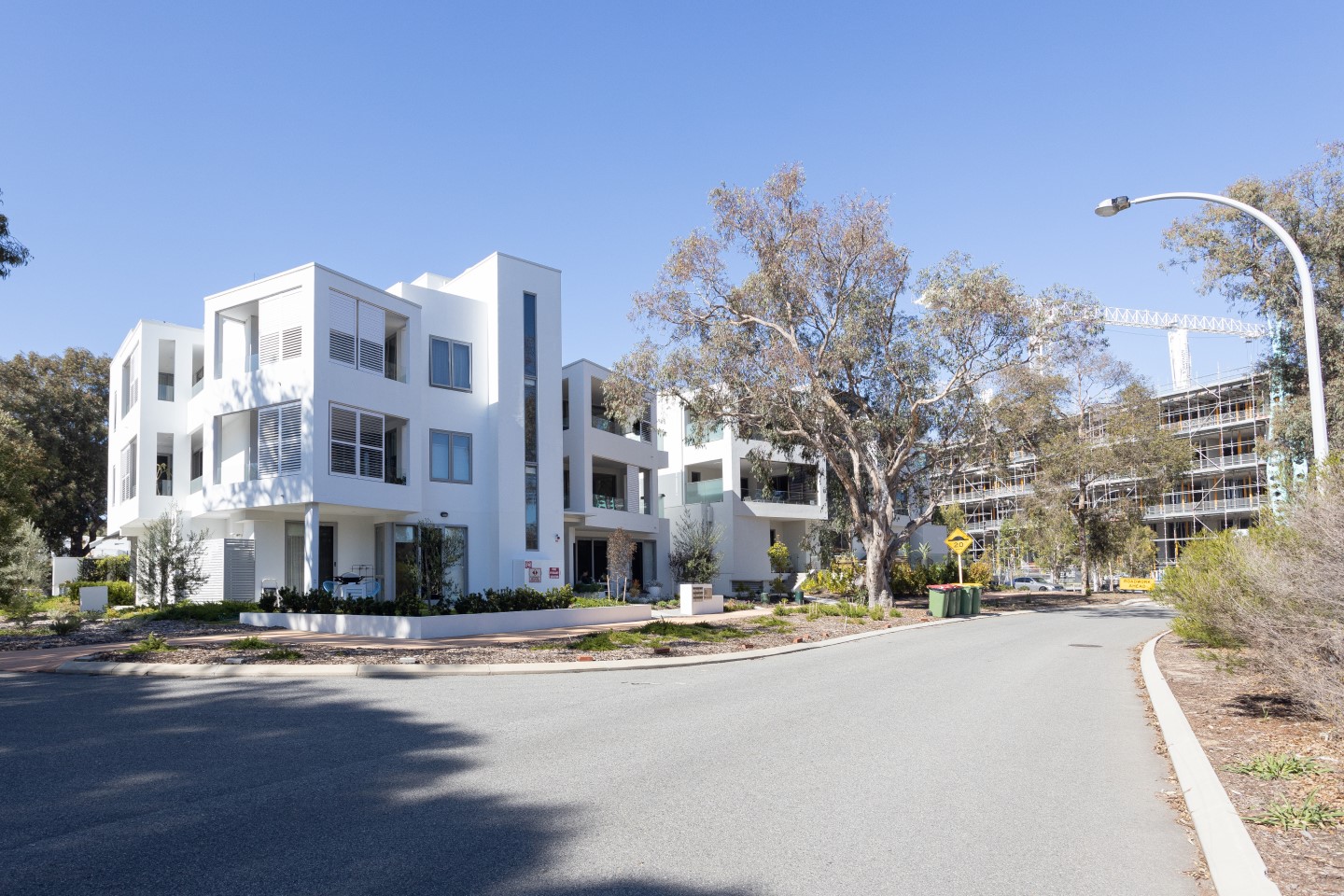 Developments such as WGV and Perry Lakes illustrate how Perth could develop.

Perry Lakes Estate (pictured above), which was begun only after a long fight between the Town of Cambridge and the state government, has terraced housing, duplexes, apartments and traditional houses, built on the site of the Empire Games athletics stadium.

Projects within WGV are designed to illustrate sustainable development principles that are affordable and earth friendly. 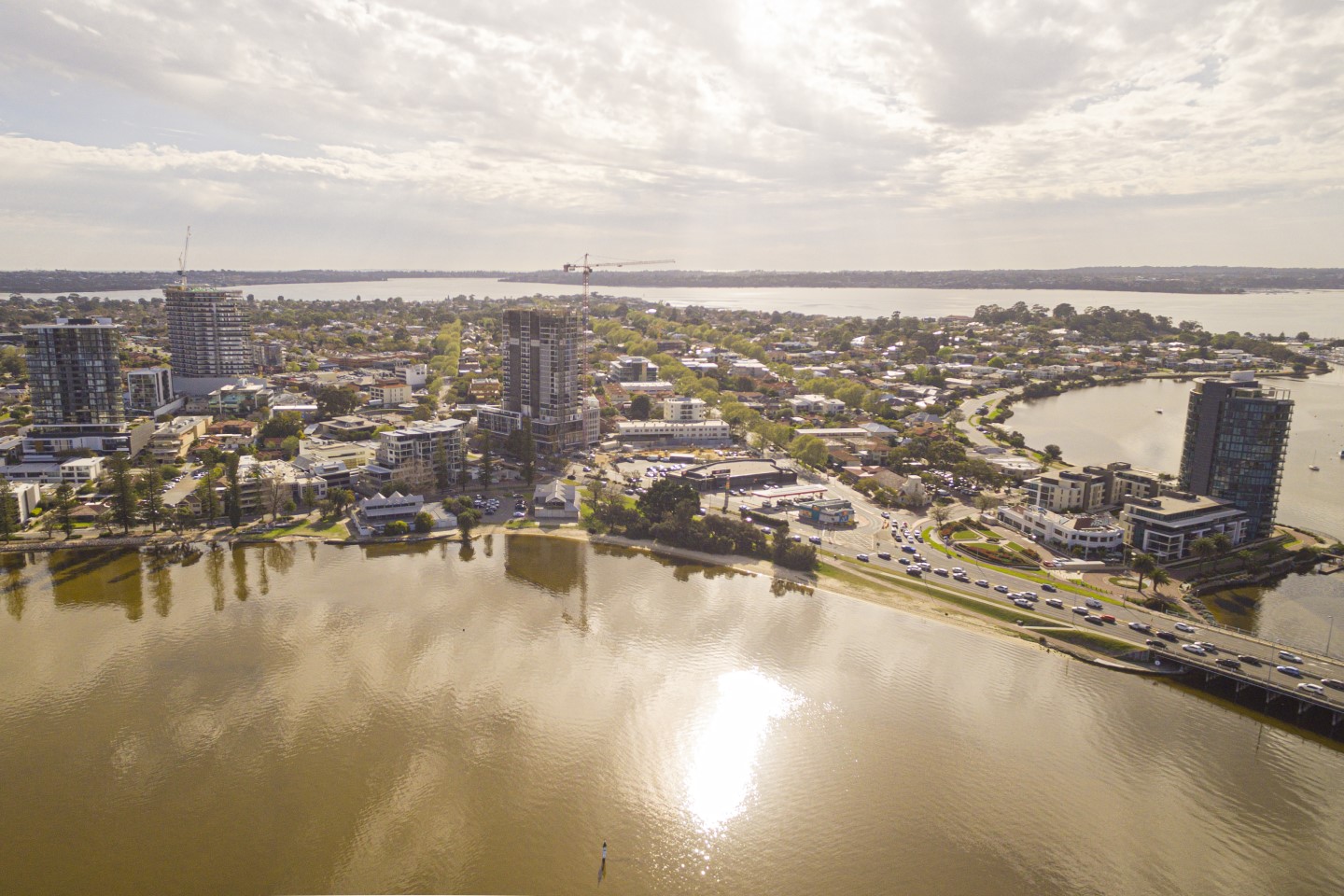 High-rise living has traditionally been restricted to the central city and surrounding suburbs of West Perth, East Perth and Northbridge.

High-rise developments in other areas such as Scarborough and South Perth have been highly controversial.

Less contentious has been the cluster of high-rise apartment buildings at Canning Bridge (pictured above), located close to major roads, public transport, shops and commercial centres.

The Canning Bridge Activity Centre Plan envisages further development on both sides of the bridge, with new apartment buildings ranging from four storeys up to 15 or more.

Similar developments are considered likely near other transport hubs across Perth.