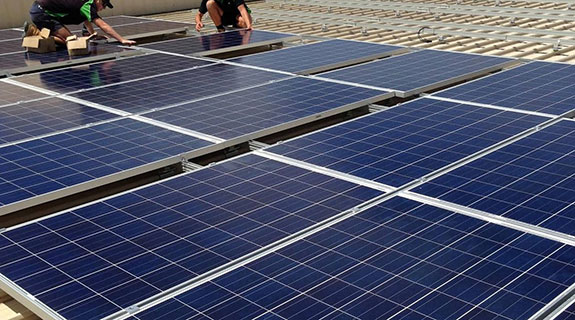 He said WA had to be careful it did not make the mistakes Tasmania did when it deregulated the sector, allowing competing retailers to come in, but not enticing them.

“The net result was they opened up FRC and no one came because they designed it around what they wanted to do and not what the market wanted,” Mr Warren said.

Mr Warren also warned a deal between the federal government and the opposition on a new renewable energy target would not be a silver bullet solution to kick starting investment again into the renewable energy industry.

“We don’t think, based on the advice of the banks, that a bipartisan deal is likely to deliver new (renewable) projects. If it does it’s welcome, (but) we think that the problems are deeper in this market than simple a bipartisan deal on the RET,” he said.

“Until we can address the oversupply and we can have a clear blueprint for energy policy in Australia it’s very difficult to see why banks will come back in and invest in these projects.”

Mr Warren said the RET was designed to complement the carbon price, and its removal had stopped a key top-up to the gap between “green and black energy”.

“The maths is just not there, the banks can’t see that the RET is able to bridge the gap without a carbon price,” he said.

“I really caution that a bipartisanship deal will be a silver bullet that will solve things.

“The worst outcome is where we develop an industry and then we destroy it and go back and ask to redevelop it again because we’ve made it harder for those businesses to borrow and to operate, but that appears to be a risk at the moment."

Mr Warren said while WA and Australia had experienced rapid and unexpected uptake of solar PV, it was too difficult to forecast how the renewable energy sector would change over time.

He said in 2005 there were only 692 solar panels on Australian rooftops and now there were 1.3 million.

“Nobody in 2005 had any sense that that was coming,” Mr Warren said.

He said WA was a bronze medal winner in terms of rooftop PV installations, coming just behind South Australia and Queensland in terms of percentage of penetration rates.

Similarly, it is understood WA’s solar PV generation totals between 350 and 380 megawatts, which represents the single biggest generator in the state, ahead of Collie power station with a 300MW capacity.