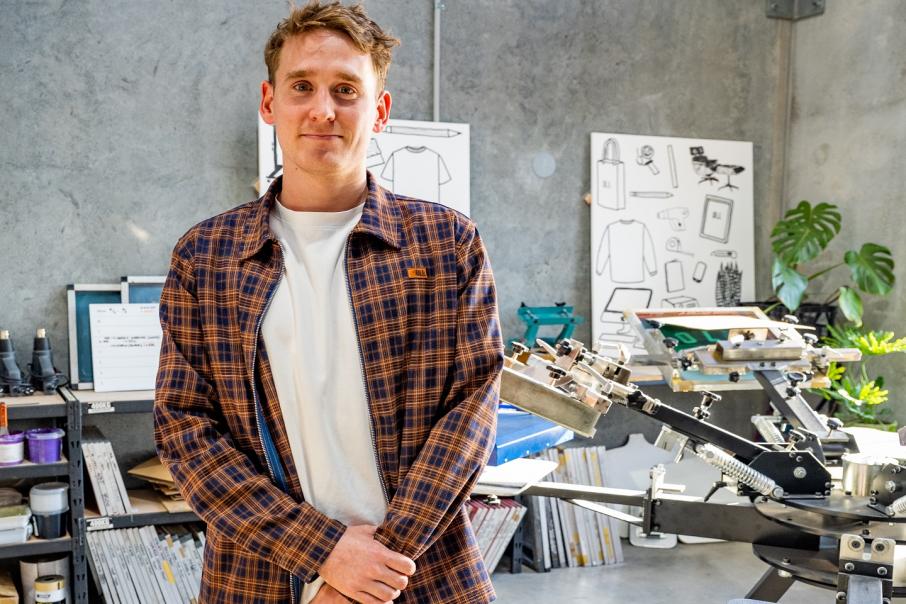 Oliver McDonald would be on a very different career pathway if he had listened to the advice of his high school teachers.

A keen artist, Mr McDonald used to draw on T-shirts for his friends, and even at a young age thought it offered a business opportunity, however modest.

His teachers, however, told him making T-shirts was not a viable employment option.

But Mr McDonald stuck to his guns and, a decade later, the 26-year-old runs a clothing company that releases weekly collections that often sell out in seconds.

During the past 10 years, Oli has grown from an operation run from home into a business with a warehouse, a store in Northbridge, and stockists in Queensland, Victoria and NSW.

Mr McDonald has been careful to manage the business’s growth, using only friends and an Instagram page to spread the word.

“A lot of it is word-of-mouth and trying to stick true to what it was,” Mr McDonald told Business News.

In order to start the business, Mr McDonald quit university and his two part-time jobs, and used his $600 in savings to buy a colour press and some ink.

“I remember launching and thinking this was it, this was the big break, and I think we sold one shirt and it was to my brother’s godmother,” he said.

“I can see why lots of people give up; it’s not actually that easy.”

After a slow start, Mr McDonald began selling his T-shirts at markets.

The brand’s credibility grew after it was stocked at Northbridge-based art store The Butcher Shop, where Mr McDonald bought his first blank T-shirts and fabric markers.

In 2016, Mr McDonald’s partner, Phoebie Walton, joined Oli and they opened a store in Mt Lawley.

Ten days before the COVID-19 shutdown in March 2020, the business moved to a store on William Street in Northbridge.

However, the shutdown was a blessing in disguise, as it forced Oli to restructure its operating model, which led to huge growth.

Before the March shutdown, Oli released one collection a month.

But to ensure cash flow was steady while its physical store was closed, it began releasing between one and six items a week at 5pm on a Monday night online.

“The idea of it was to just keep cash flow up so we could still make sales and keep everyone employed,” Mr McDonald said.

Over the past year, the business has employed an additional five people, taking its total number of employees to 11. Revenue is also up 120 per cent this financial year. 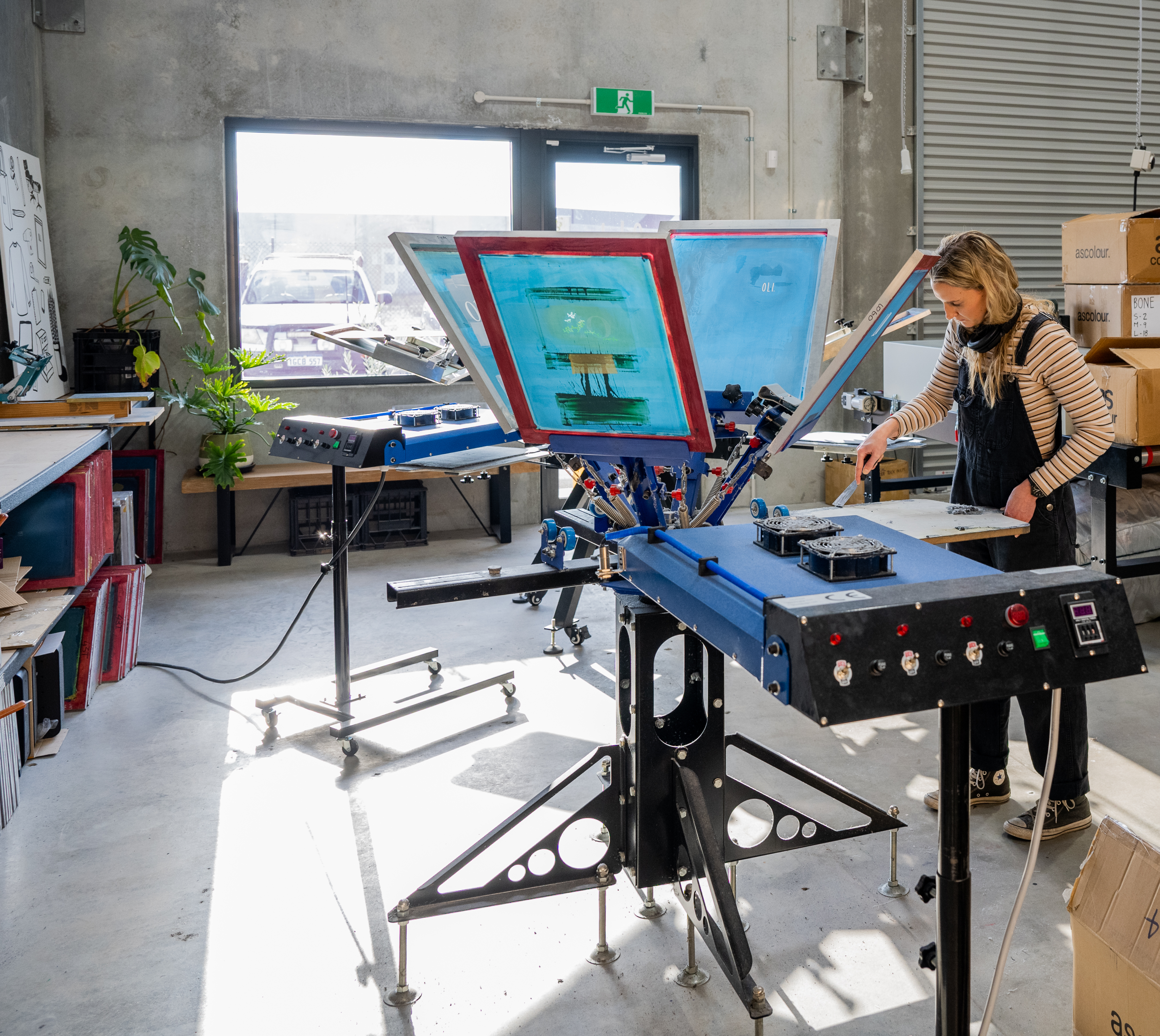 Mr McDonald said people were more likely to buy more items when they were released weekly.

“If you release 20 things people pick the top three, because they don’t buy one of everything, but if you release weekly then you get some people who will buy every week, probably without even realising they do it,” he said.

The releases are limited, to ensure each design is relatively unique.

It also means people miss out if they do not buy quickly, creating an incentive to log on and purchase.

Online sales now account for 70 per cent of business, with new products coming into the range, including headwear, fleeces/hoodies, bags and track pants.

Almost 50 per cent of online sales were in Victoria, Mr McDonald said, despite the business not having any presence in the state.

He put Oli’s popularity in Victoria down to that fact several AFL players choose to wear the brand, including Carlton co-captain Patrick Cripps, who is originally from Western Australia.

“If they are wearing it and they are on the news or just wearing it around Melbourne, it probably means a bit more [than if they were sponsored]; they are probably genuinely interested and like the brand,” Mr McDonald said.

The value of the brand was in its handmade, local feel, he said.

“It might seem weird to people but I don’t want to get any bigger in WA, particularly, because I think WA still has this inner complex that they like to support things that are small,” Mr McDonald said.

However, he said the business was examining opportunities on the east coast and overseas, and considering marketing to those audiences.

“If we are going to grow, hopefully it will be in our overseas market, which almost doesn’t exist at the moment,” he said.

Other future plans include making the business more environmentally sustainable.

The T-shirts are hand printed in its Bayswater warehouse, but Mr McDonald said he wanted more control of the entire supply chain, including the milling of the fabric.

He said the business was also going to trial using hemp instead of cotton next summer, which used less water and chemicals to grow.