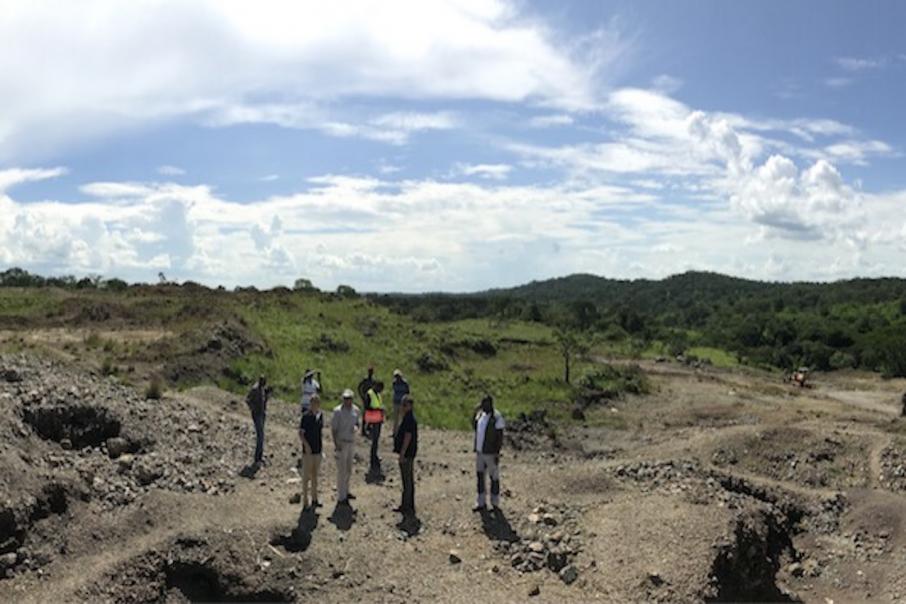 Nzuri Copper has wasted no time putting its recently raised $10 million in cash to work, announcing the awarding of key contracts for studies on a Stage 2 expansion of its Kalongwe copper-cobalt project in the Democratic Republic of Congo.

The aspiring producer scored a major coup last month with news it had secured Huayou Cobalt, the world’s largest producer of cobalt chemicals, as a cornerstone investor.

Huayou has invested $10 million in two tranches that entitle it to a 14.76% stake. The first tranche of $6.64 million was paid immediately, while a second tranche of $3.36 million was banked last week. The second tranche was advanced as an interest-free loan, to be converted to shares subject to shareholder approval at a meeting next week.

Nzuri said last month the funds would be used for studies on optimising Stage 1 of the flagship Kalongwe project as well as a Stage 2 expansion, and has immediately jumped into action.

The company announced leading Australian engineer Lycopodium would conduct a scoping study to evaluate a Solvent Extraction-Electro-Winning or “SX-EW” processing plant for Stage 2.

The Stage 1 development of Kalongwe is based on the simple processing option of dense media separation or “DMS”, which has low capex and is relatively quick to build.

The Stage 1 feasibility study released in October produced some handsome numbers, however Nzuri and its new heavyweight investor are looking at the opportunity to upgrade the financial returns by capitalising on a high-grade cobalt section of the deposit. Looking further ahead, Stage 2 could deliver a step-change in the economics of Kalongwe through the more efficient SX-EW process.

Lycopodium’s study will run in parallel with a metallurgical testwork program by CORE on a 4.2 tonne sample collected last year. CORE will evaluate all the key parameters of the leaching and SX-EW recovery of cobalt and copper and also generate DMS samples for potential customers.

The metallurgical results will be plugged into the Lycopodium scoping study and pave the way for a detailed Stage 2 pre-feasibility study in the second half of 2018.

Copper is currently trading close to three-year peaks at US$7070 per tonne and cobalt prices have tripled in the past three years to current historic highs of over US$75,000 a tonne on the London Metal Exchange.

Recently Glencore CEO Ivan Glasenberg told investors that by 2030 there would not be enough cobalt in the world to meet electric vehicle demand and more mines were needed. Lithium-iron batteries in cell phones and the expanding electric vehicle industry currently accounts for almost 49% of global cobalt demand, according to the US Geological Society.

Nzuri CEO, Mark Arnesen, said: “After securing a $10 million investment from our new Chinese strategic partner, Huayou Cobalt, just before Christmas, we have hit the ground running in 2018 with the award of key contracts to progress both the planned DMS Stage 1 project development as well as potential expansion studies that will lay the foundations for Stage 2 of the Kalongwe copper-cobalt project.”

“There could not be a better time to be pursuing the development and potential expansion of the Kalongwe asset, with copper prices recently hitting a 3-year high and cobalt prices at historical highs in response to strong demand and supply constraints for both metals.”

Substantial shareholders as published in the annual report.
END_OF_DOCUMENT_TOKEN_TO_BE_REPLACED
Powered by Morningstar ®