Novo Resources has pulled a rabbit out of a hat by snapping up Millennium Minerals and its Golden Eagle gold processing plant at Nullagine in WA. The bold move sets the stage for the company to become Australia’s first conglomerate gold producer. 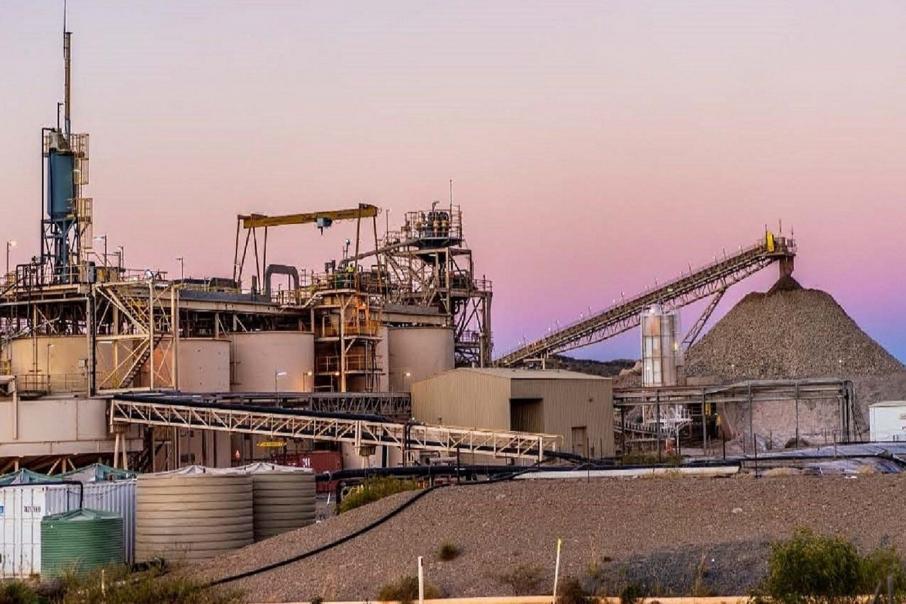 Novo Resources has pulled a rabbit out of a hat in the Pilbara by snapping up Millennium Minerals. The surprising move delivers Millennium’s Golden Eagle processing plant to Novo and secures a near-term production pathway for the company’s Beatons Creek conglomerate gold project about 10km away.  Novo now looks set to capitalise on the skyrocketing gold price and become Australia’s first conglomerate gold producer.

Millennium’s plant and associated infrastructure has been on care and maintenance since last year and is well placed to process ore from Novo’s Beatons Creek and other conglomerate gold projects in the region.

The surprise move by the TSX-V listed Novo comes after the gold price punched its way through US$2,000 an ounce overnight and puts the company in pole position to join the ranks of Australia’s lucrative gold producers considerably sooner than otherwise would have been the case.

Novo’s acquisition wipes years off the company’s forecast production timeline, short cutting the usual engineering, building and approvals process as it looks to bring the first of its ground-breaking conglomerate gold projects to fruition.

“This transformative acquisition places Novo on the fast track to production. Novo entered the Pilbara region ten years ago on a largely conceptual basis and this transaction enables us to significantly accelerate our transition into a producing gold company. “

“The Millennium Assets provide us with ideally suited infrastructure that should enable us to begin producing gold from our Beatons Creek Project several years earlier than our initial plan.”

Novo holds more than 13,750 square kilometres of highly prospective conglomerate gold exploration tenure across Western Australia’s Pilbara province from Karratha in the north, to Marble Bar in the east and as far south as Paraburdoo.

Presently, Novo controls over 1,400 ‘line km’s’ of this well-endowed auriferous unconformity and given that the Witwatersrand has historically produced nearly 1.6 billion ounces of gold, or nearly one third of all the estimated gold production on Earth, if the Pilbara conglomerate story does check out, it will check out in a big way for Novo who is way out in front of the pack.

Novo is acquiring all the outstanding shares in Millennium in a deal that will see it part with just A$70m worth of its own shares and a further A$60m in cash.

The scrip payment will only represent a bit over 10% of the company, a pittance for an explorer attempting to make the leap to producer. Both the ASX and TSX are littered with companies that have sold their souls and destroyed their capital structures in pursuit of that elusive producer status.

The Millennium acquisition is being funded via a private placement and a four-year US$60m credit facility provided by Sprott Private Resource Lending.

The Millennium acquisition delivers Novo a tailor-made infrastructure solution for its Pilbara discoveries and a transition pathway into production. The acquisition will include the 1.9 Million tonne per annum Golden Eagle gold processing plant, tailings facilities, a contract power station, administration offices and a 230-room accommodation village. The purchase also consolidates Novo’s ground holdings in the region, adding a further 291 square kilometres of the Nullagine goldfield into its already impressive portfolio.

“Consolidation of the Nullagine gold field brings our aspiration of production into clear focus. Importantly, the Millennium Assets also provide Novo with a technical hub to expedite assessment of field-generated mechanically sorted gold concentrates from the Company’s gold projects across the Pilbara.”

The Golden Eagle plant is clearly the jewel in the crown of the Novo acquisition. The plant was originally commissioned in 2012 and produced over 500,000 ounces of gold and was only placed on care and maintenance in December 2019.

The plant is set up to process both oxide and hard rock ores with engineering studies showing it to be ideally suited to process Novo’s conglomerate and oxide ores. As a bonus, the plant was also recently upgraded with a sulphide circuit to handle the deeper underground mineralisation at Nullagine. Overall, the plant delivers Novo a swiss-army knife processing solution for a range of ore types found throughout the Pilbara and can potentially be brought back into production in a short time frame and for relatively little cost.

Golden Eagle is now set to become a production hub for Novo’s conglomerate gold projects in the southern Pilbara, with the first cab off the rank likely to be the 11 million tonnes of gold bearing ores at Beatons Creek. The Beatons Creek deposits boast an impressive resource of over 900,000 ounces of gold grading around 2.4 grams per tonne gold.

Novo’s other deposits in the Nullagine region include the Blue Spec and Marble Bar projects, forming a pipeline of projects to feed the newly acquired mill for many years to come.

With the Golden Eagle plant still warm to the touch, an impressive inventory of gold resources throughout the Pilbara and a strong balance sheet, Novo now has the opportunity to prove up its conglomerate gold theories once and for all.