Jacquie Chan is set for a busy few weeks, with four new venues under the Miss Chow’s Group banner set to open by the end of July. 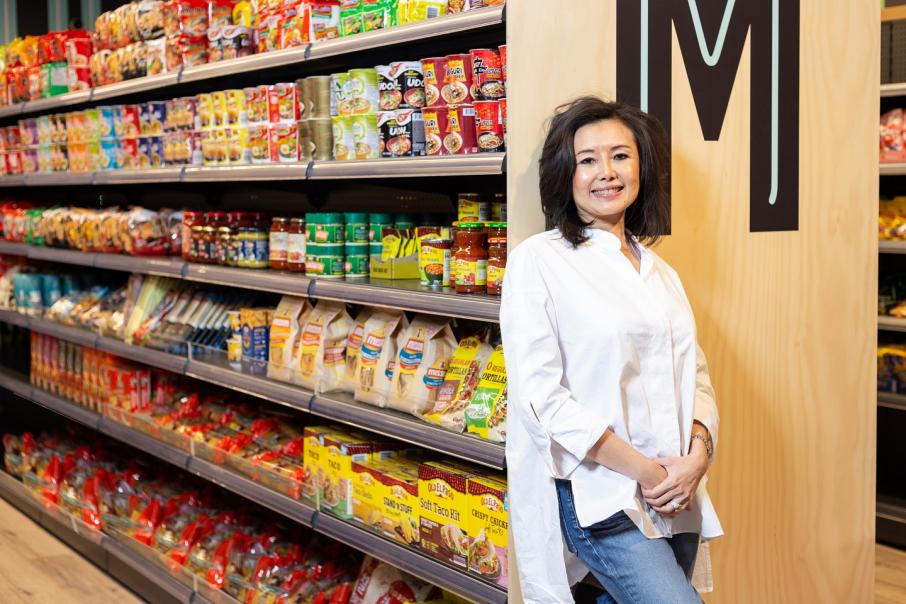 Jacquie Chan is set for a busy few weeks, with four new venues under the Miss Chow’s Group banner set to open by the end of July.

Miss Chow’s Group has continued its swift growth in the local hospitality scene with the planned launch of three new grocery and hospitality offerings at 80 Stirling Street in Perth.

Products from Born & Bread will also be used in goods sold at OMG, and all prepared meals from OMG will be made at a central catering kitchen in Osborne Park.

Miss Chow’s managing director Jacquie Chan told Business News there was a gap in the market that her company was hoping to fill.

“The area is not being serviced,” she said.

“The nearest supermarket is a couple of blocks down, therefore we thought it’d be a lot more convenient for everyone around here.

“I anticipate our ready-to-go meals to be very popular.”

Ms Chan pointed to the surrounding residential apartments and student accommodations as providing key target customers, and said the price point would be accessible for students.

Ms Chan said the three new venues would complement each other, which was a key reason behind the decision not to open them in separate locations.

“We haven’t taken a large footprint because we want to make this business model something we could easily replicate at different locations,” she said.

She opened another Miss Chow’s restaurant at Westfield Whitfords City in September 2017, and then The Pantry by Miss Chow’s, a takeaway outlet, at the Boulevard Shopping Centre in City Beach late last year.

Another Miss Chow’s restaurant is set to be unveiled in South Perth next month, located near the foreshore at 39 Mends Street.

“It’s a dream location, and we now have a presence south of the river, which is something I have wanted for a long time,” Ms Chan said, while adding the four new venues would be Miss Chow’s Group’s last expansion for a while.

“We are eyeing a couple of locations but we are not in a hurry because the economy is not in the best of shape.”

Despite the weak economy and a prolonged downturn in the retail industry, Ms Chan believes her existing restaurants located in shopping centres will still thrive in the long-term.

“I wouldn’t rule out shopping centres, people are creatures of habit; if you go to a shopping centre to buy your weekly groceries you will tend to hang out there,” Ms Chan said.