AVZ Minerals’ metallurgical test work programs for its Manono lithium-tin project in the DRC, have delivered encouraging results in line with other global lithium-mineralised pegmatite ores and support its ongoing DFS. Testing has generated similar rock characteristics and strengths to other spodumene-bearing ore deposits and heavy liquid separation produced a high-grade concentrate at 6.2% lithium oxide, with a 66% concentrate recovery. 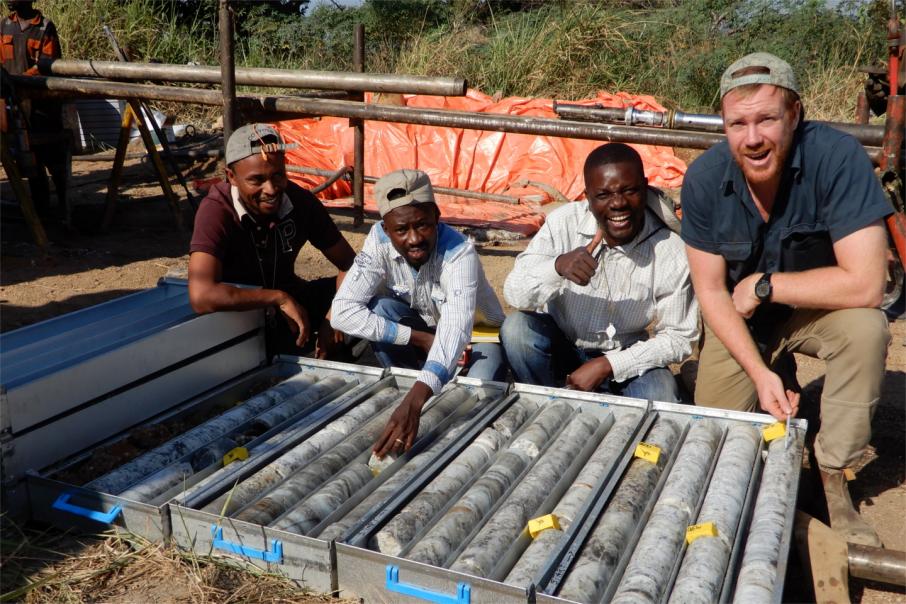 Africa-focussed lithium developer, AVZ Minerals, has revealed that initial metallurgical test work programs from its emerging Manono project in the Democratic Republic of the Congo, or “DRC”, have delivered encouraging results in line with other global lithium-mineralised pegmatite ores.

Testing of a bulk ore composite from diamond drill core sent to Perth-based ALS Metallurgy generated similar characteristics and rock strengths to those reported from other well-known spodumene-bearing lithium ores, according to management.

The bulk sample of the drill core was composited by ALS to mirror the actual ore grade of the Roche Dure deposit, from where it was sourced.

ALS is also conducting detailed mineralogical investigations of the lithium-tin ores to determine the target and waste mineral distributions of the Manono project materials.

AVZ has also shipped composites to determine the viability and amenability of the Roche Dure ores to conventional ore sorting technologies, which are designed to separate the sought-after ore minerals from the waste.

The company is now completing the second phase of confirmatory test work for the spodumene ores and has despatched a 200kg bulk sample of the composited ore to Nagrom in Perth to undertake several technical processes to isolate lithium minerals from waste rock.

Initial test work from heavy liquid separation, or “HLS”, work showed that ores crushed to a size of 5.6mm, produced a concentrate upgraded to 6.2% lithium oxide, with a 66% recovery of the mineral concentrate.

Large crystals of spodumene occur within the Roche Dure ore stream and the encouraging results are in line with expectations and considered “excellent” thus far.

AVZ said that a finer crush size would likely increase the grade of the ore concentrate, but that recoveries could drop owing to a loss into the ultrafine materials that are generally not recovered well during HLS.

Results are currently pending for the HLS work at a smaller crush size of 3.35mm.

In addition to the HLS testing, confirmatory dense media separation, or “DMS”, testing is underway to ascertain any downgrading from the HLS to DMS phase of the met work.

Spodumene is typically beneficiated from lithium ores by DMS at coarse grind sizes and then a flotation of the finer products to produce concentrates at 6% lithium oxide or above for export.

The dense tin and tantalum ores can also be recovered by DMS as valuable by-products.

According to management, it is considering a processing operation at Manono to include a DMS plant only, which would considerably lower overall capital and operating costs.

As usual, it will be a trade-off to determine if the economics of using both DMS and HLS modules produce a better return than DMS processing alone.

AVZ said that higher mining rates would be required to meet concentrate production rates solely using the DMS option, but that the large size of Manono’s mineral resources and scalability of the project make this achievable.

First-pass DMS testing was completed in July and all results are pending for this work.

Ultimately, the final processing flowsheet for Manono will underpin its definitive feasibility study for the tier 1 project, which is already underway and set down for completion in the second quarter of 2020.

“Average assay results for the initial bulk sample are within acceptable ranges for the deposit with lithium oxide reported at 1.58%, tin dioxide at 0.154%, tantalum pentoxide at 0.005% and iron oxide at 0.34%.”

“Further (test) results will be released as they come to hand (and) the process is to take theoretical data characterisation results from HLS work and apply those to the Roche Dure prospect material.”