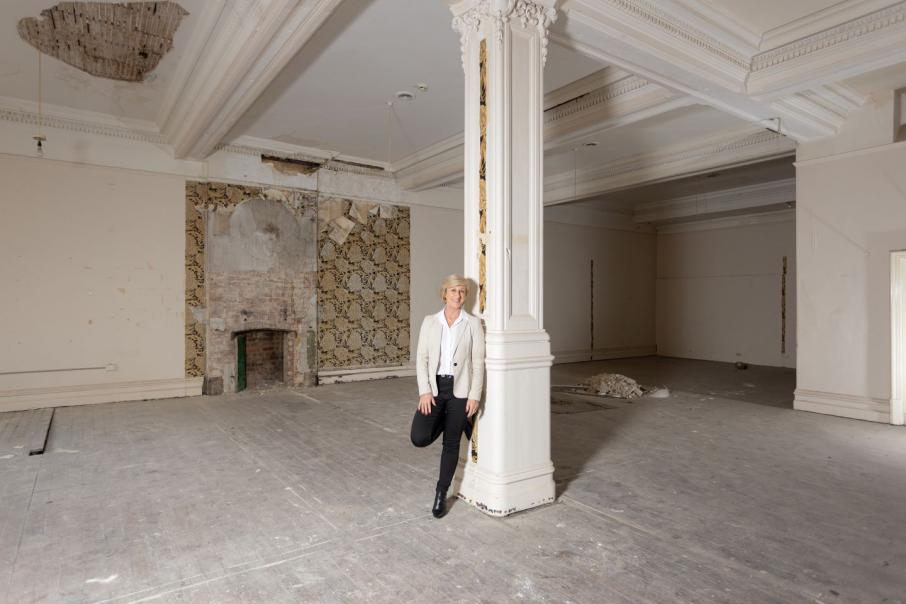 Kylie Taylor says Activate Perth is planning to reactivate the spaces in the short-term, in the hope of driving more awareness for long-term uses. Photo: Gabriel Oliveira

Walking down Hay Street Mall, a visitor to Perth city could be forgiven for momentarily wondering if they had travelled through time, not just to a new place.

While most of the street-level tenancies present nothing out of the ordinary, other than a typical modern retail fitout, a gaze to the upper floors reveals a different story.

The facades of these buildings – at least 100 years old – represent the few remaining remnants of Perth’s history.

They also capture a street fabric somewhat different to today – of theatres, grand hotels, tenements and businesses now considered redundant with the advent of technology.

Once bustling with life, most of these spaces have sat vacant for decades, some for 40 years or more.

That vacancy was reflected in a 2019 report, undertaken by independent property group Y Research and commissioned by the City of Perth, which found 42 per cent of vacant space (16,606 square metres) located in two to three-storey buildings in and around the CBD’s core was located above ground level.

This was largely driven by Hay Street Mall’s upper floors.

Those dormant spaces have since created a mix of complexities for renewal; from navigating outdated building codes, asbestos and water damage to addressing accessibility issues.

But city property owner Les Wilson is hopeful those challenges can soon be overcome.

Mr Wilson’s ties with Hay Street Mall stretch back to the 1950s, when his family opened a fabric shop, and he has since been involved with various properties along the strip, including as part owner in 637-641 Hay Street, constructed in the late 1800s and formerly known as the Theatre Royal and Metropole Hotel.

Mr Wilson said the upper levels of that space had fallen into disuse after its last tenant, Hoyts cinema, moved out in the 1980s.

And like many other Hay Street Mall building owners, finding the money to meet 21st-century building codes and standards was the biggest roadblock.

“It just needs a bit of capital to help it along and it could really make a difference,” Mr Wilson told Business News.

“That could come with government incentives, local council grants … there are also some wellknown philanthropic funds in Western Australia that hopefully might be able to assist.”

Mr Wilson said COVID had prompted a renewed attention to the spaces.

“We’ve got to break it down into short, medium and long-term objectives,” he said.

Long term, Mr Wilson said there were opportunities for the Metropole Hotel’s upper floors to return to accommodation, or New York-styled apartments.

Office space and tertiary education was another long-term possibility, he said, but entertainment and hospitality could be the low-hanging fruit, considering the accessibility at the building’s rear.

“If we bring the people in, you’ll fix the vacancies,” he said.

“The arts is short term – you’ve got musicians and entertainers, they can’t get out of WA because of COVID and they’re suffering.

“Out the front of the Theatre Royal there’s a beautiful big verandah, we could entertain people as they walk up the mall.

“We’ve got to take the roadblocks out and start thinking smart.

Mr Wilson has been in talks with Activate Perth, a non-profit association formed in 2017 that connects vacant spaces with entrepreneurs, innovators and creative industries.

Activate Perth chief executive Kylie Taylor said heritage tours, lighting shows and live music installations were some of the ideas in the pipeline.

“We forget to look up. We have some beautiful heritage buildings in that space,” Ms Taylor told Business News.

“Perth, like many cities, went through a huge shift, with shopping malls becoming more in vogue and with the growth of our suburbs. That’s always going to impact a city.

“Now we’re going through a stage in redefining … that identity of the city.

“What we’re looking at is how we can bring short-term activation to those spaces so people can become more aware of them.”

Through its Fill This Space program, Activate Perth places tenants in free short-term to rolling leases, determined on a case-by-case basis.

Ms Taylor said it placed 16 tenancies across the city in 2019, including an acupuncturist in London Court, the association’s first ‘paid tenant’.

“Our whole premise is to nurture startups, popups and entrepreneurs,” she said.

“Those are the sorts of businesses that are going to bring unique experiences to the city – you don’t want to be replicating that retail experience (in the suburbs).”

Ms Taylor said Activate Perth had also been advocating to change the Commercial Tenancy Agreements Act 1985, which she said mandated that a landlord must offer a tenant a minimum of five years tenure for any term exceeding six months.

Shorter-term leases, she said, could be applied for via the State Administrative Tribunal, but it was a time-consuming process most landlords would rather avoid.

“The Act locks a landlord into the prospect of five years with a tenant and effectively stifles a new business’ appetite to take commercial risks and enter the market,” she said.

“So when we say, ‘oh how wonderful is it that we’ve got these buildings, let’s reactivate them’, it’s as simple as that, yes, but you’ve also got to look at the investment it’s going to take to bring those buildings back to life.” 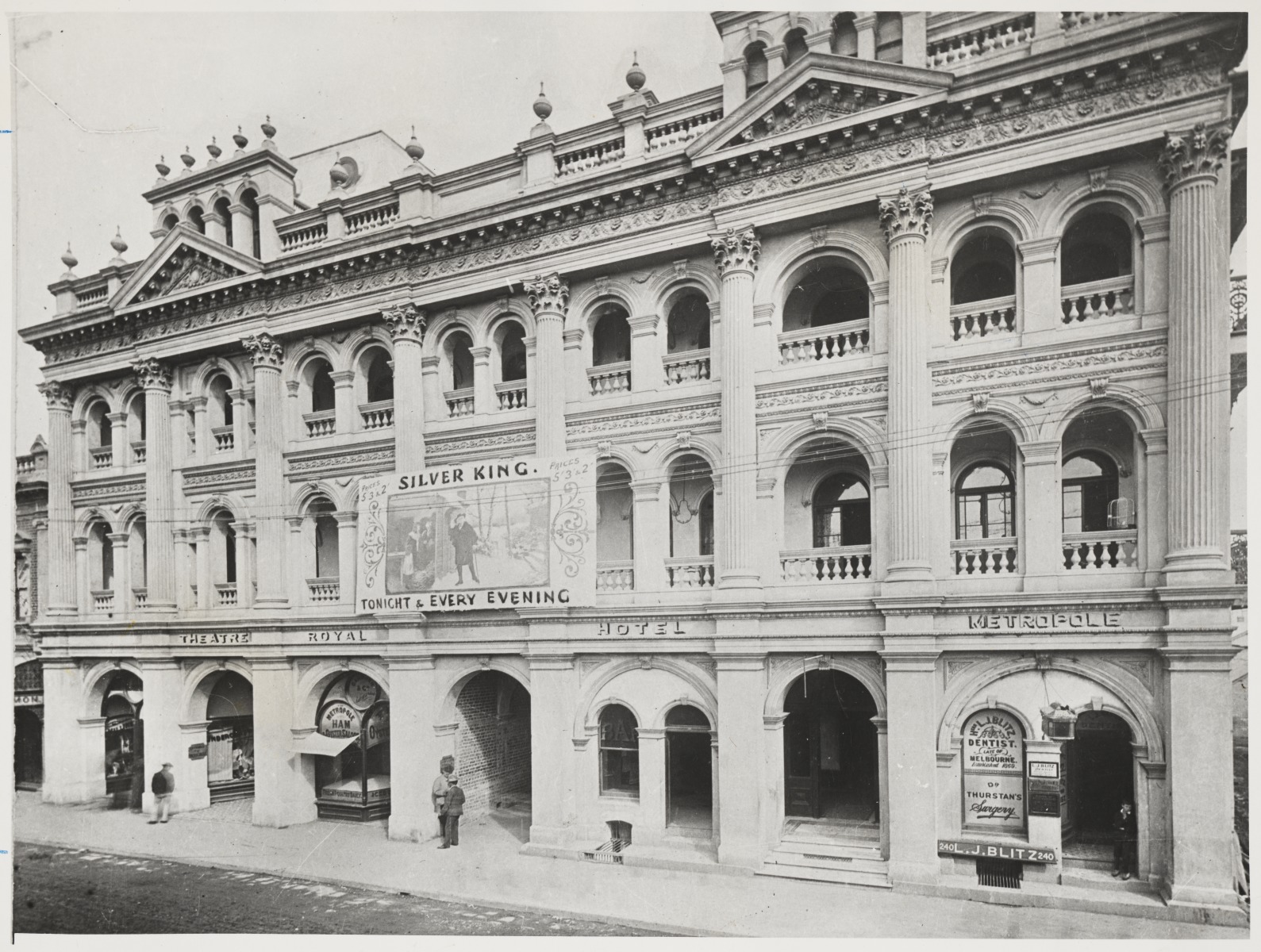 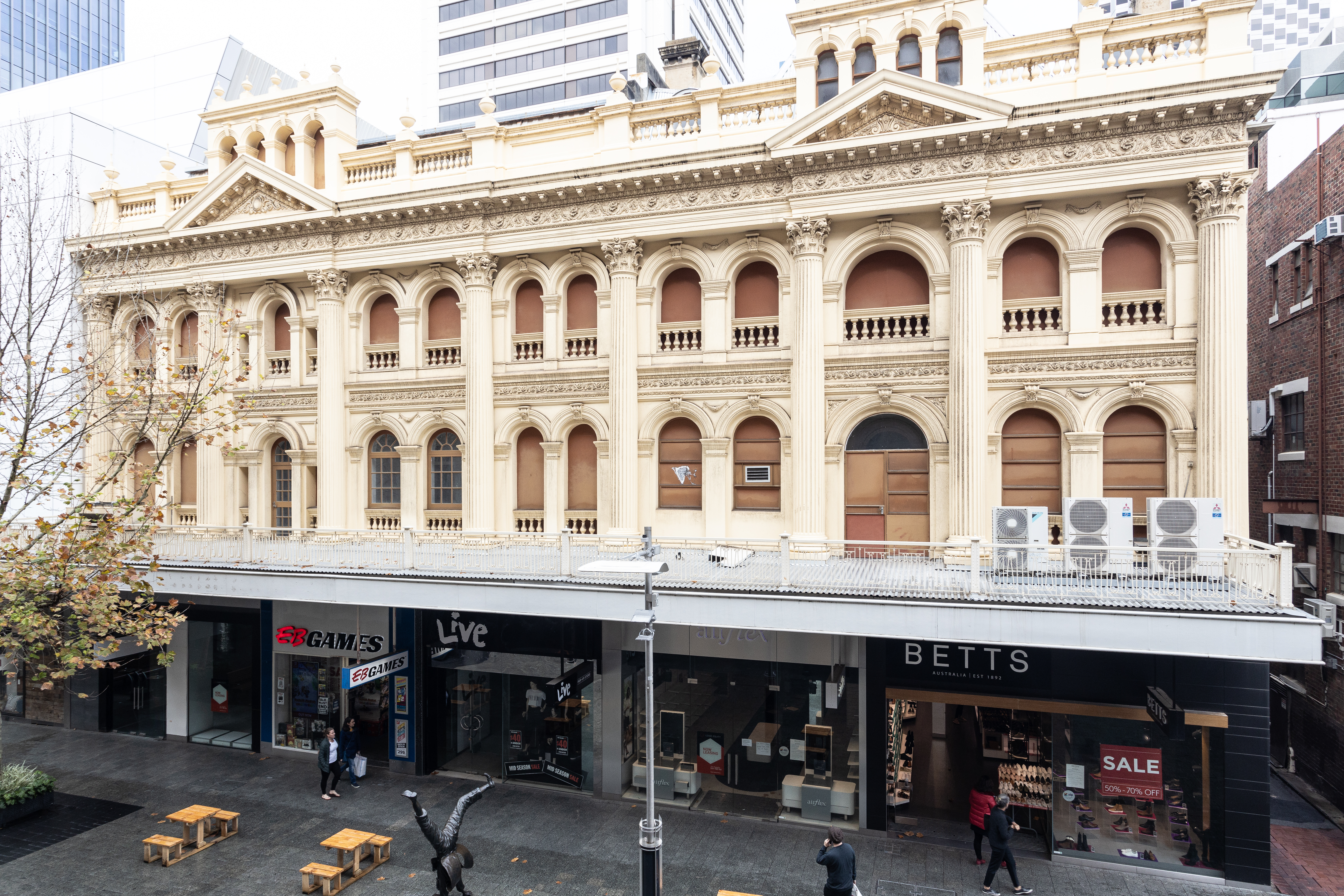 “The cost of refurbishing the premises to make them leasable – that’s the first hurdle,” Mr Tsagalis told Business News.

“The second hurdle is the cost of making them disability access compliant.”

The overall cost to connect both floors, he said, could potentially outweigh the rental value of the upper floors.

“Even a 60 to 80-sqm area downstairs is more valuable than what you’re going to get upstairs,” he said.

“There wouldn’t be a landlord that wouldn’t want to see their property activated upstairs, even if you get close to a break-even scenario.

“But those prohibitors, they don’t go away overnight.

Mr Tsagalis said providing grants was one solution that had come to the fore during COVID-19, in the form of state and federal government land and house stimulus packages, and suggested a similar stimulus could be applied to these buildings.

The group manages several properties in the CBD, including 663 Hay Street, its upper level temporarily being used as a photography studio, with the potential for conversion into a residential apartment.

“The accumulation of rubbish, the unpleasant smell and presence of displaced persons is a real deterrent to prospective tenants,” she said.

“Another related challenge is the abundance of vacant affordable office space in the CBD, once again reducing the appeal of leasing space in an older building.”

A City of Perth spokesperson said the council had assisted with building grants in the past, including at heritage-listed 317 Murray Street, its basement now live music venue The Sewing Room.

“The nostalgia that surrounds these buildings doesn’t go away; it gets stronger as time passes,” the spokesperson said.

“The activation of vacant upper floors is important for the city as it is critical to attracting new businesses, creative industries, residents, supporting an after-hours economy and facilitating Perth’s economic and social growth.”

Challenges were not insurmountable, the spokesperson said, pointing to the redevelopment of Piccadilly Theatre and forthcoming renewal projects.

Earlier this month, national architecture practice Hames Sharley announced plans to repurpose 1,170sqm across two department floors above Target on Hay Street Mall, which have been vacant for 35 years, into its own workplace. 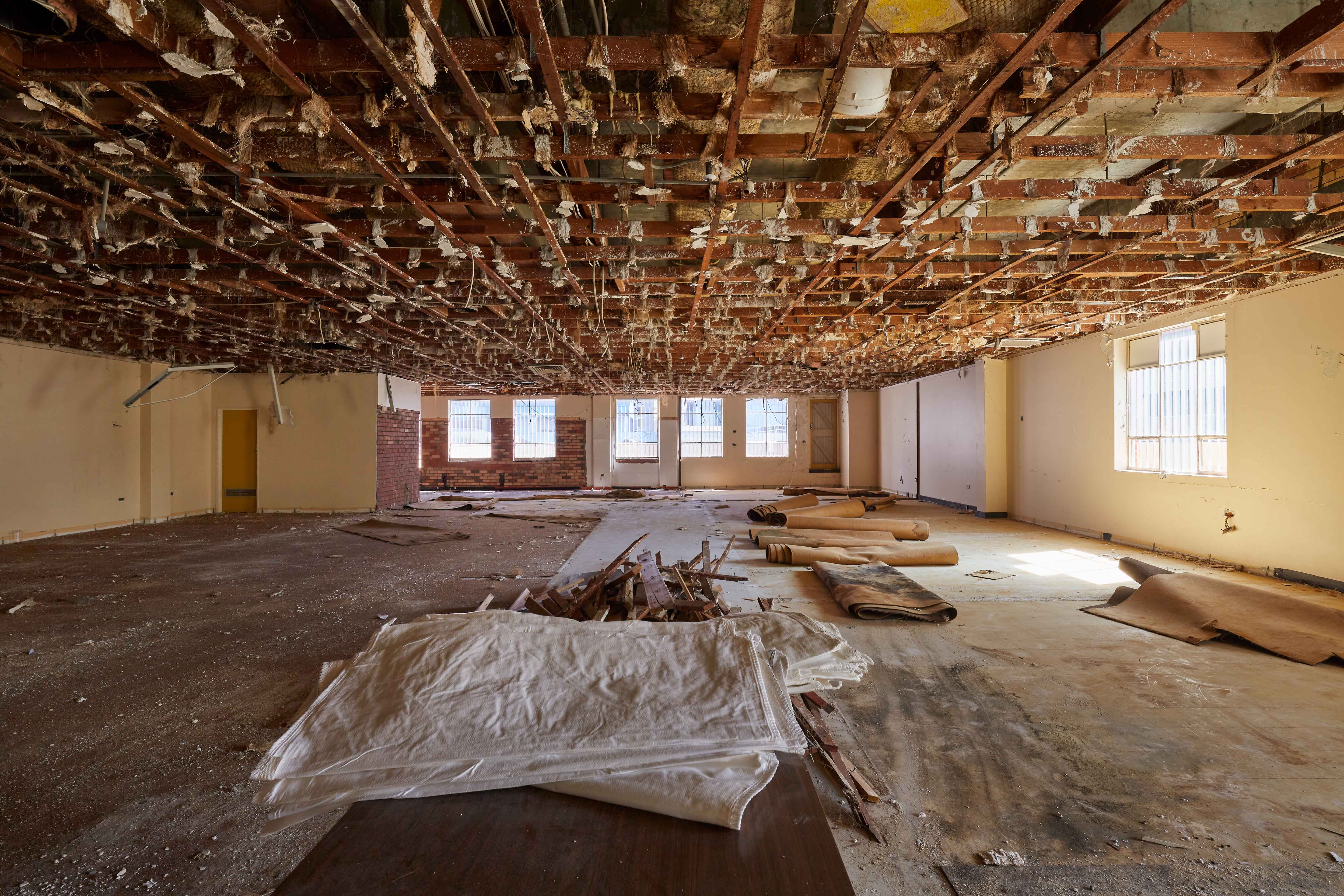 The space above Target has been vacant for 35 years.

The new workplace will be arranged across two floors on Hay Street Mall, extending and occupying the existing and disused department store floors above Target.

"This is not just an opportunity for us to create a new studio for ourselves, it is also the rare opportunity to contribute towards activation and repurposing of the CBD retail mall upper floors; moving closer to many of our clients and fellow consultants," Hames Sharley founder William Hames said. 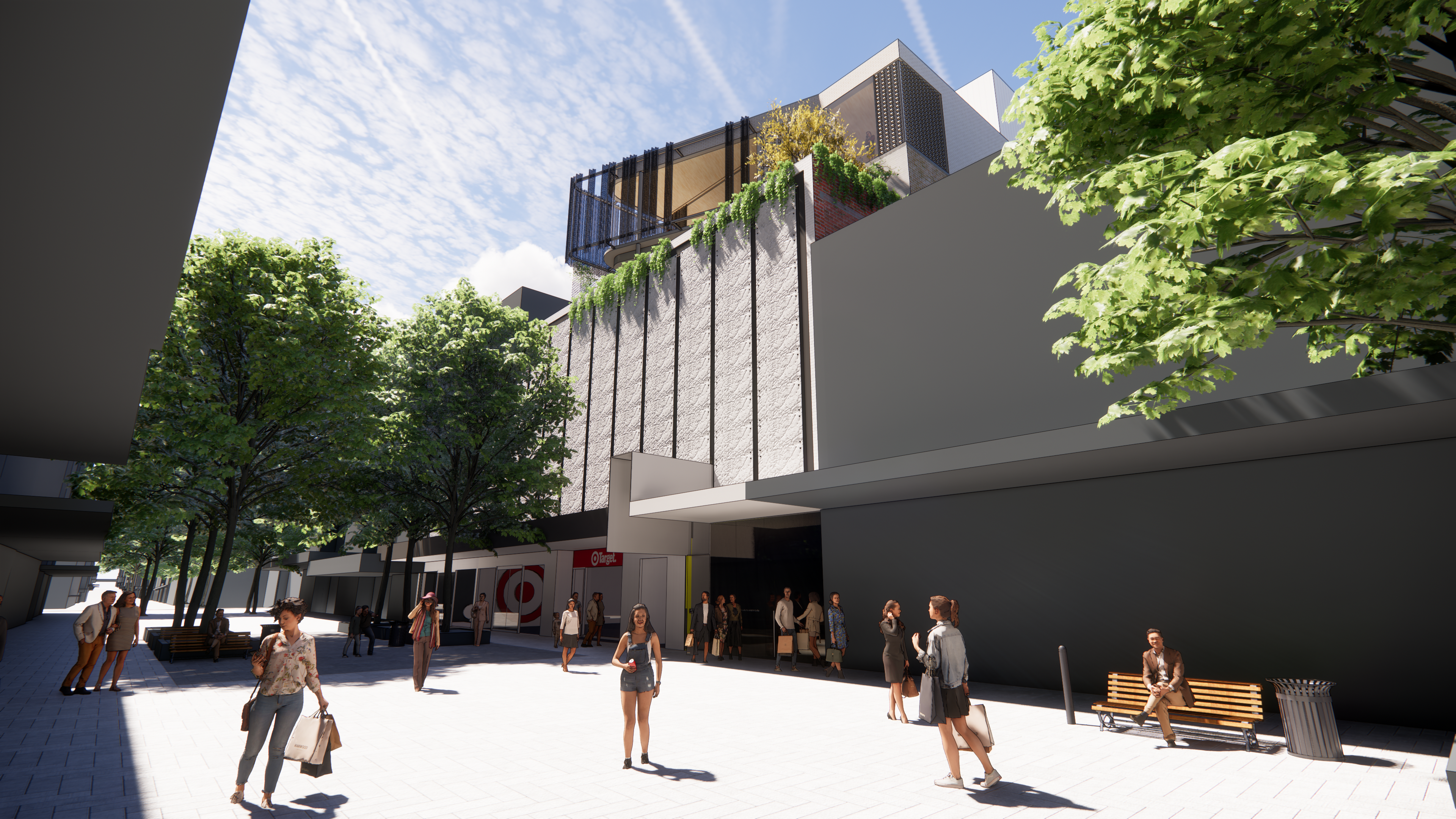 Nearby, plans have been lodged to transform 655 Hay Street into a three-storey hospitality offering, proposing a ground-floor cafe, first-floor gelataria, rooftop bar and restaurant.

“With creative industries being among the hardest hit by the pandemic, we’d like to see the City of Perth and regulators work alongside private building owners to find a way to revive old spaces."