COVID-19 has modified our consumption patterns as Australians are stuck at home, unable to spend their dollars on that much-desired European tour or visit to Bali. 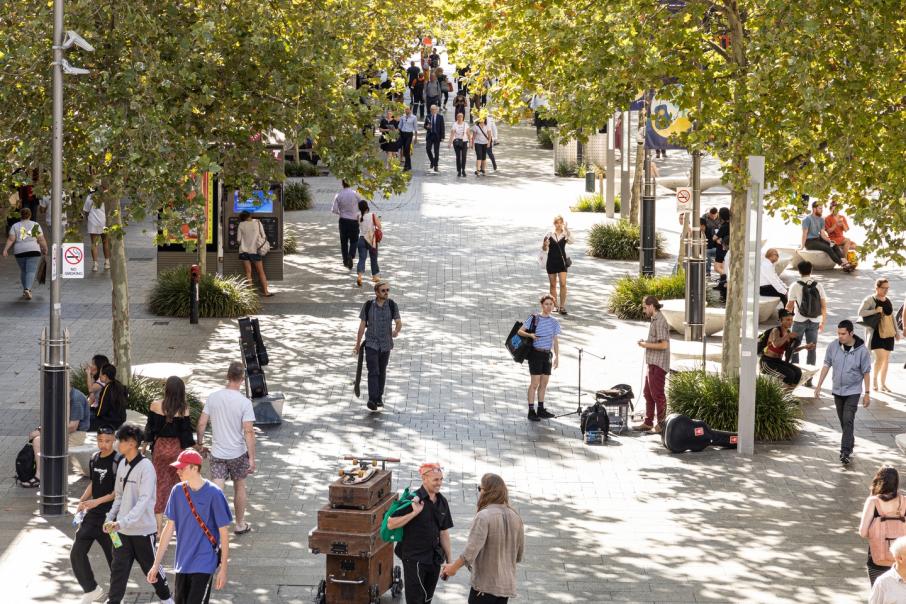 Retailers in WA are cashing in on the benefits of the state's border closure. Photo: Gabriel Oliveira

COVID-19 has modified our consumption patterns as Australians are stuck at home, unable to spend their dollars on that much-desired European tour or visit to Bali.

Instead, most of this money was injected into the domestic economy, and retail trade has emerged an unexpected winner from a situation many feared would turn into disaster.

The retail figures over the past year are outstanding, with annual growth of 15.4 per cent in April 2021 compared to a year ago.

Most retailers in Western Australia are cashing in on the benefits of the border closure and changes in consumer spending. 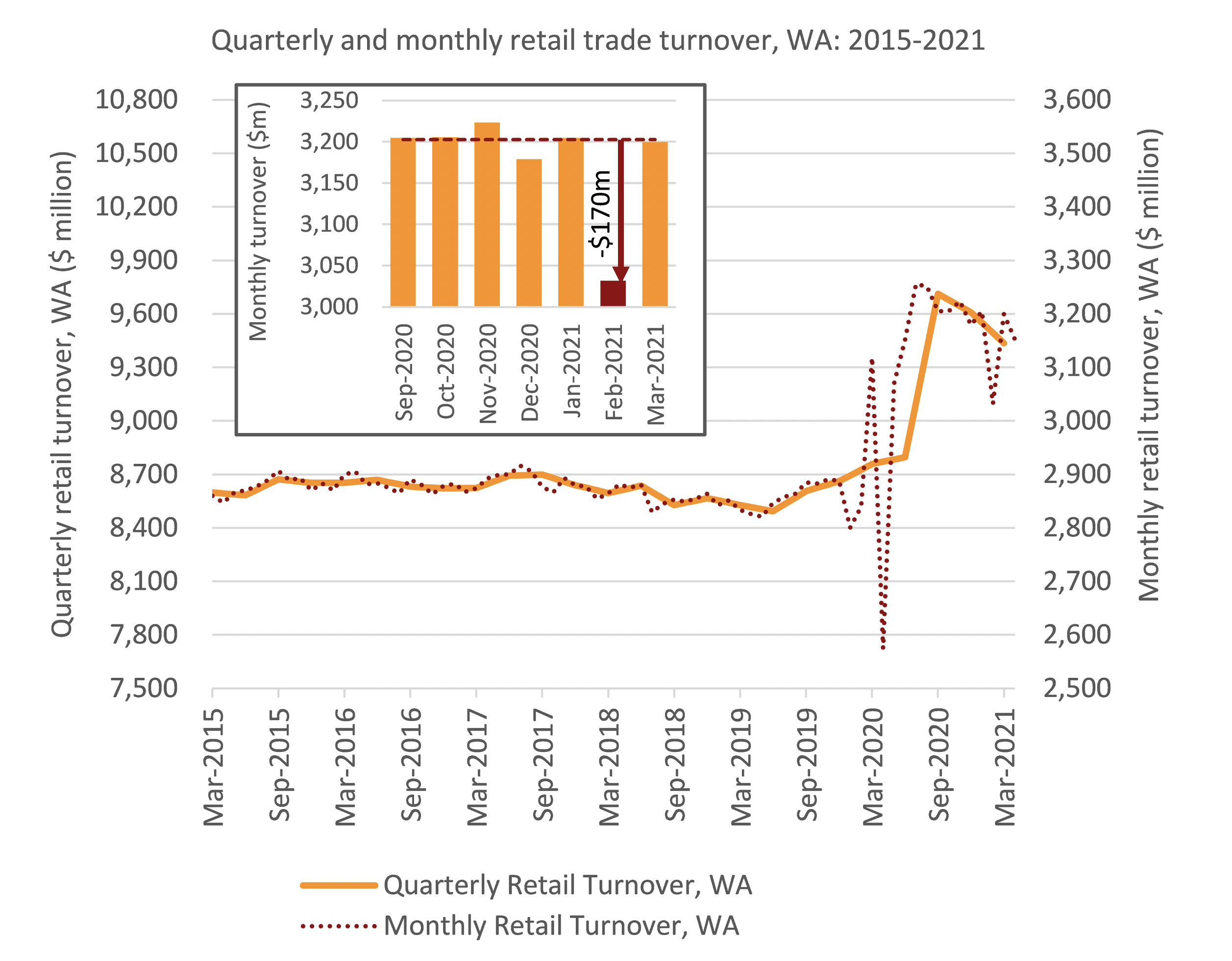 The losses on retail trade turnover at the start of the pandemic ($544 million in April 2020) were due to precautionary measures from households that, afraid of what the future may hold, decided to reduce their spending.

However, most of this consumption did not disappear but was postponed as Western Australians realised the economy remained strong and stimulus packages and home prices fuelled the consumption frenzy.

Retail trade turnover reached its highest growth rate in history, with a rise of more than 10 per cent in the September 2020 quarter.

Since this time, retail trade turnover has been declining as the stimulus effects fade. Nevertheless, it remains at historically high levels, reaching $9.43 billion in the quarter to March 2021.

The recent release of ABS data allows us to estimate the cost of the five-day snap lockdown in Perth and consider delayed consumption as opposed to lost consumption.

During February, retail trade turnover declined by over $173 million to $3.205 billion, then bounced back by $168 million in the following month, reaching $3.2 billion in March.

If we compare the retail trade figures for February to typical monthly turnover for the past six months, we can conclude that the cost of the lockdown to the WA economy was about $170 million.

The impact on the sector has been disproportionate, with some retailers able to recover the lost revenue in subsequent months, while others did not.

Among those to perform best were cafes, restaurants, and take-away food outlets. Despite a loss of $34.3 million in February, they fully recovered these losses in the following months as public venues reopened and health measures eased.

On the other hand, clothing and footwear equipment retailers were the most affected by the lockdown. Turnover was down by $36.6 million in February and has not bounced back since. In contrast to the hospitality sector, where consumption was postponed, clothing retailers, department stores and household goods retailers suffered a permanent loss of income due to the lockdown.

Health measures are key to control the spread of COVID-19. However, these figures highlight the disproportionate cost lockdown measures have on different business sectors.

Governments should be aware of these consequences and support industries that bear an unequal burden when health measures are imposed.

• Silvia Salazar is a senior research fellow at the Bankwest Curtin Economics Centre.