Growth in population and jobs are two factors that will lift the volume of residential greenfields land sales, a recent industry event has heard. 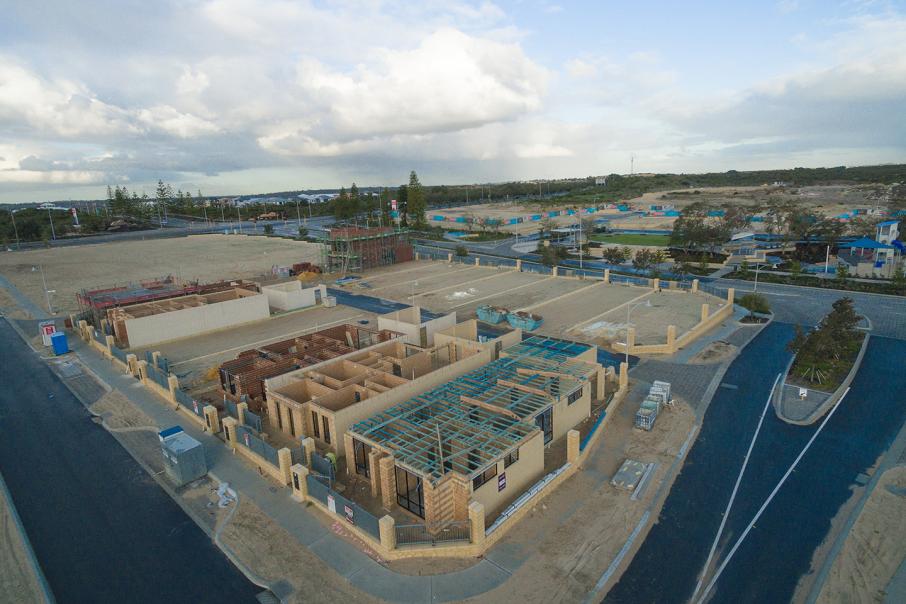 Perth has a distinct price advantage over other states, with the cheapest residential lots in the country. Photo: Gabriel Oliveira

Growth in population and jobs are two factors that will lift the volume of residential greenfields land sales, a recent industry event has heard.

Land sales in Perth may have been languishing at the bottom of the cycle for the past few years, but Colin Keane, the director of national consultancy Research4, is hopeful of a change in direction.

Presenting the latest data on the country’s greenfields development market at a recent Urban Development Institute of Australia WA event, Mr Keane set a new target for Perth in order to get back to what he considered ‘normal trading practice’.

Based on an analysis of lot sale transactions between 2008 and 2018, Mr Keane introduced the concept of ‘T700’, a target of 700 lot sales per calendar month.

The latest available data from the March quarter show monthly lot sales for Perth sit at 462 at a median price of $224,000, which Mr Keane estimated was $6,000 under fair market value.

Perth’s largest metropolitan land market, as based on Research4’s monthly data, was currently the north eastern corridor with 28 per cent market share, followed by the south west corridor (26 per cent), south east (22 per cent) and north west (19 per cent). 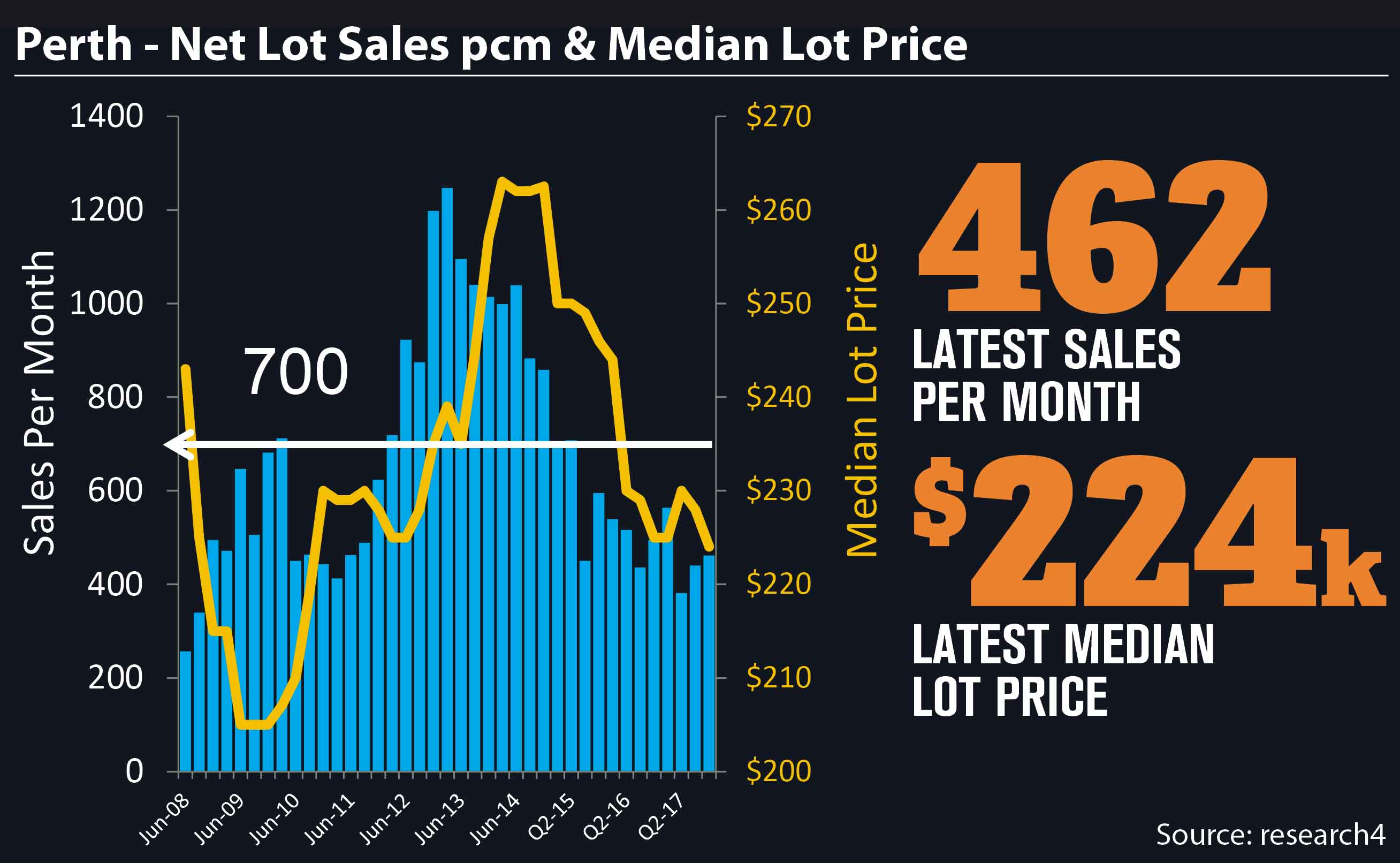 Overall, Australia’s sales volumes are at 3,581 lots per month, with more than 51,800 lots sales recorded during the 2017 calendar year.

“Perth is at the bottom of the cycle and price has taken the same line as sales volumes,” Mr Keane told the event.

In order to achieve this target, Mr Keane estimated the state needed to attract an average of 1,000 extra people and provide 500 job opportunities per month.

“The Perth market has been totally linked to jobs,” Mr Keane said.

“For every 100 persons employed in Western Australia, on average, developers have sold 45 blocks of land.”

Research4 data collected over the past decade shows WA has the greatest yield from employment growth, followed by South Australia and Queensland.

However, Mr Keane highlighted that jobs growth was not the only way to attract people to the state.

“The future of the property market is dependent on retaining and attracting people,” Mr Keane said.

“Jobs is one way of doing that, but the future will be less reliant on jobs and more reliant on a place’s ability to appeal to people’s lifestyles.

“Perth has a distinct price advantage, the cheapest in the market.

“It also probably has the best beach product and proximity in the country.”

UDIA WA chief executive Allison Hailes said that, given that many workers were now able to conduct their business from anywhere in Australia, online, it was critical for Perth to actively promote its lifestyle opportunities.

“The price of interstate and overseas airfares is more expensive from Perth and this is an issue that can detract from the other more positive aspects of living here because it makes it more costly to travel for work, to see family or for holidays,” Ms Hailes told Business News.

“The growing international student market is also an area that Perth should focus on, attracting more students to study and live in Perth.”

Ms Hailes said this was a conversation UDIA had been spearheading recently advocating for the need to develop ‘brand Perth’.

Mr Keane highlighted how places including Geelong, Hobart and the Sunshine Coast had already undertaken branded marketing campaigns likes this, with Geelong currently the second largest land market in the nation.

This, he said, was largely due to its 30 per cent price advantage on Melbourne and its coastal location.