Let’s get on track with the positivity

There's so much to be positive about in Perth, we just need to promote it better. 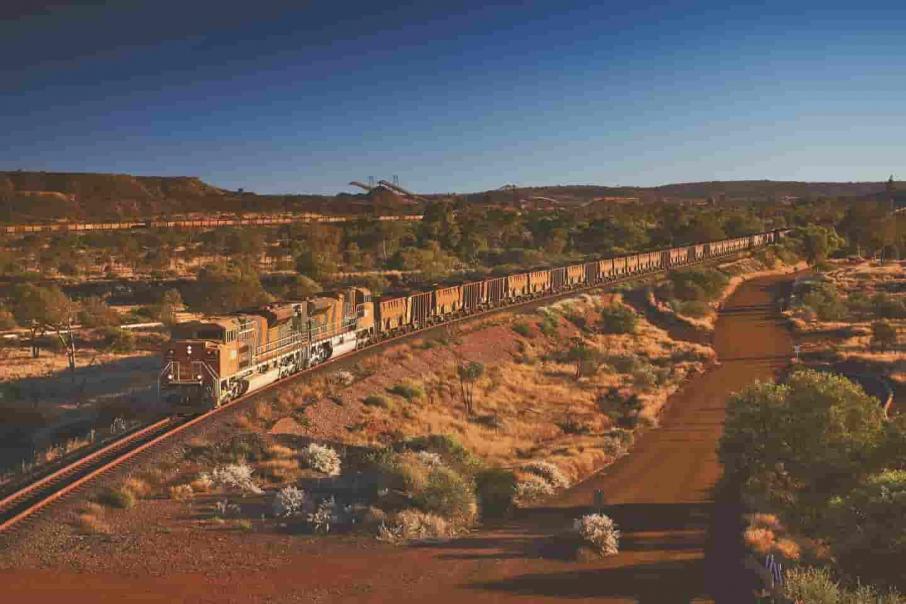 As long as an iron ore train. Photo: BHP

The Promoting Perth initiative in this edition of Business News is not a feel-good idea for a post-pandemic world; the need runs much deeper than that.

Rather, it’s an attempt to drive the cultural shift required to generate more business for the state’s capital, and the rest of Western Australia.

The catalyst for Promoting Perth was the mid-2019 release of the Committee for Perth’s research on the city’s reputation.

That highlighted not just how poorly Perth was seen in key areas such as an investment destination, a place to work or have a global headquarters but, more importantly, how the city’s residents baulked at talking it up.

I’ve written this before, but as a reminder I am sure it’s not news that Perth people play down this city’s benefits.

This is partly because our nature is not towards hyperbole, or even moderate hype, and partly because most residents don’t really understand how much goes on here.

Even if mining dwarfs everything in WA, we have plenty of great businesses outside that sector.

Still, what does this matter?

If you are into solving problems around automation, extreme distance logistics, telecommunications, high-frequency travel, telehealth, renewable energy and much, much more, does it matter if it’s the mining sector paying your bills?

Anyway, our series will cover a lot of that, providing tips, fun facts and key lessons, so whether you are communicating via teleconference or actually travelling (when allowed), you will have the ability to talk up our city with truth on your side.

In the interim, I do think there are a few other cultural areas where we can dial up the parochialism in ways that help locals sell our own story.

For instance, a couple of years ago I was struck by how often influential voices here used US analogies when trying to describe events in Australia.

Apart from hearing Aussies suggesting someone ‘spun on a dime’, it is geographical comparisons that frustrate me most.

Something ‘as tall as the Empire State Building’, ‘as deep as the Grand Canyon’ or ‘having a head that belongs on Mount Rushmore’ are just a few that spring to mind.

I read another on the weekend in a piece about comedian Tom Gleeson and his 2019 Gold Logie Award for Most Popular Personality on Television; a win he has milked with mischievous smugness while acknowledging that many in the commercial TV industry didn’t think a comic from the ABC was worthy or took his win seriously enough.

“It’s like talking about JFK getting shot. Everyone has a different perspective.”

Now, I don’t want to get on Gleeson’s bad side, so I say this as a polite suggestion, but why JFK? Why not Harold Holt?

In all honesty, there’s no difference in perspectives on JFK nearly 60 years later, in Australia.

Everyone thinks it was a conspiracy.

So, Holt’s disappearance while swimming at Cheviot Beach in Victoria is a better analogy not just because it is local, but because a multitude of theories means everyone really does have a different perspective.

Tom, if you think too few of the people who voted for your Logie will know who Harold Holt is, then now is the time to start the education process.

Having our own comparators is like currency, and just as we don’t have dimes and don’t use US dollars, neither should we be comparing height with some subjective global building standard.

What’s wrong with saying ‘as high as the Sydney Harbour Bridge’ or, if you are in Perth, ‘as tall as Central Park’?

It isn’t as if it is scientifically better to use a foreign example; almost no-one has any idea what the height of these structures is.

Just like the strength of our currency, and perhaps less ironically, we should have a sense of national pride in the icons and objects we choose to use.

Even better if we localise it further and make it state based, although there is the potential for it to backfire.

‘As long as a Pilbara train’ might sound perfectly reasonable.

Ditto, ‘as fine as Margaret River vintage’, ‘as sweet as a Pink Lady apple’ or even ‘as dry as the Gibson Desert’.

‘As hazardous as an early morning Cottesloe swim’ could actually work against the very thing we are trying to promote – being how great Perth is – but at least it would be local.