WA has been a leader in energy policy, but there are risks. 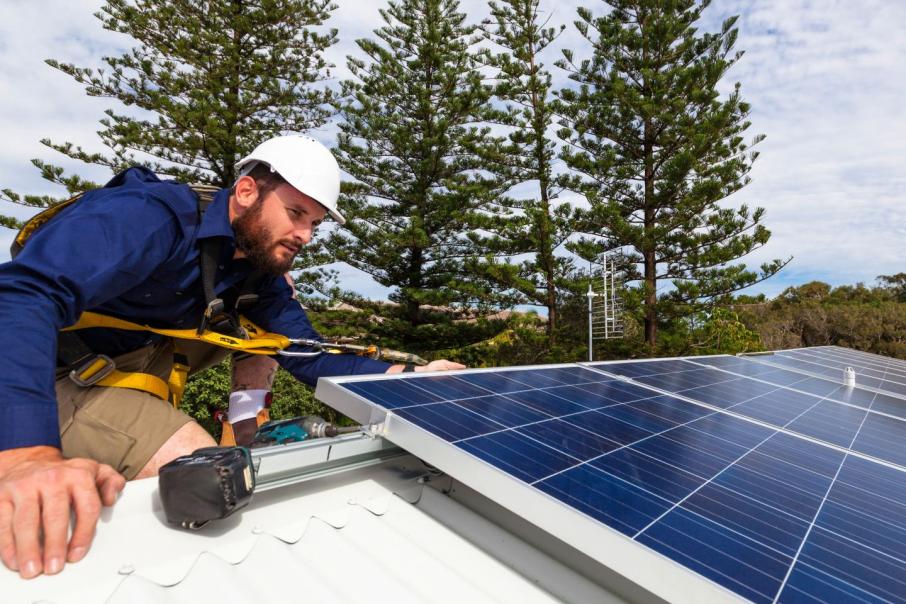 Subsidies for solar panels on WA homes have created a big problem for the grid. Photo: Stockphoto

IT has been fascinating to watch the energy crisis unfold on the east coast in the ironically named National Electricity Market that does not include Western Australia.

I have previously flagged the possibility of such an issue and that the eastern states ought to have learned from our experiences.

After all, isn’t that one of the benefits of federation? And what was our experience?

I have heard and seen commentary around WA’s policy position, especially its gas reservation policy, much of it lacking historical depth.

Firstly, our much-lauded gas reservation policy was established over the objections of the industry by then premier Alan Carpenter in about 2006.

WA had certainly reserved gas for domestic use before that, but from my recollection that was associated with long-term take-or-pay contracts created to underwrite the gas pipeline from the Pilbara to Bunbury.

There had also been fields that, due to their size and location, were better suited to supplying the domestic market.

That fact became obvious in 2007 when domestic supply was cut by more than a third due to an explosion at a gas plant on Varanus Island.

The current gas reservation policy was a political intervention in the market after gas shortfalls had caused extreme electoral pain in 2004, during which a hot summer stretched the ability of generators to meet demand at peak hour when everyone came home and turned on their air-conditioners.

At the time, it was argued, additional gas supply could have been secured earlier if the state government had negotiated more long-term contracts and paid higher prices, which would have attracted more supply and helped fund a much-needed expansion of the pipeline’s capacity.

But the issue was that gas prices had increased rapidly, and the days of cheap gas WA users had enjoyed as an outcome of the state’s underwriting of the pipeline were over.

Instead, prices were starting to match export values as producers preferred to fully utilise their expensive liquefied natural gas plants and service their overseas customers.

It was a similar scenario to what is currently happening over east, with the exception that no-one in WA was then prevented from conducting onshore gas exploration and exploitation as has happened in Victoria, for example.

Personally, I was against the WA gas reservation intervention, especially where it was pushed on projects that had already moved to feasibility or production based on having all the gas available for export.

As it happens, the policy has served the state well, mainly because it has been more of a threat than an imposition.

Gas producers that may have to supply 15 per cent of their gas to domestic markets look for innovative ways to meet that obligation while at the same time satisfying their own commercial interests.

It has not solved every issue for domestic users but has proved a strong mechanism for damping the more dangerous extremes that occur in energy markets, namely brownouts and blackouts.

It is with some concern, then, that I look at the prospects of coal-fired power production ending in 2030.

Hopefully, eight years is long enough to massage the energy system and ensure supply is adequate.

But governments don’t have a great history of getting these things right.

It is worth remembering that part of the east coast’s problem is coal-fired power, which is a much bigger component of their market than ours and has been cut back faster than anticipated as generators read the writing on the wall.

So perhaps it is our turn to learn a lesson from the east’s experience.

An eight-year deadline could end up being brought forward for a whole bunch of reasons, some of them political, some commercial.

Recent discussion has focused on rooftop solar and its impact on the market.

The nature of rooftop solar and our grid means it can cause instability, an engineer’s word that encompasses the risk of catastrophic failure.

This is not a new issue and has had engineers in WA worried for more than a decade.

But the state’s subsidisation of solar panels on residential homes has created a big problem to solve if we want to negotiate our way past the cessation of coal-fired power generation.

Let’s hope that the state chucks enough resources at this confounding problem soon enough to allow an orderly transition.