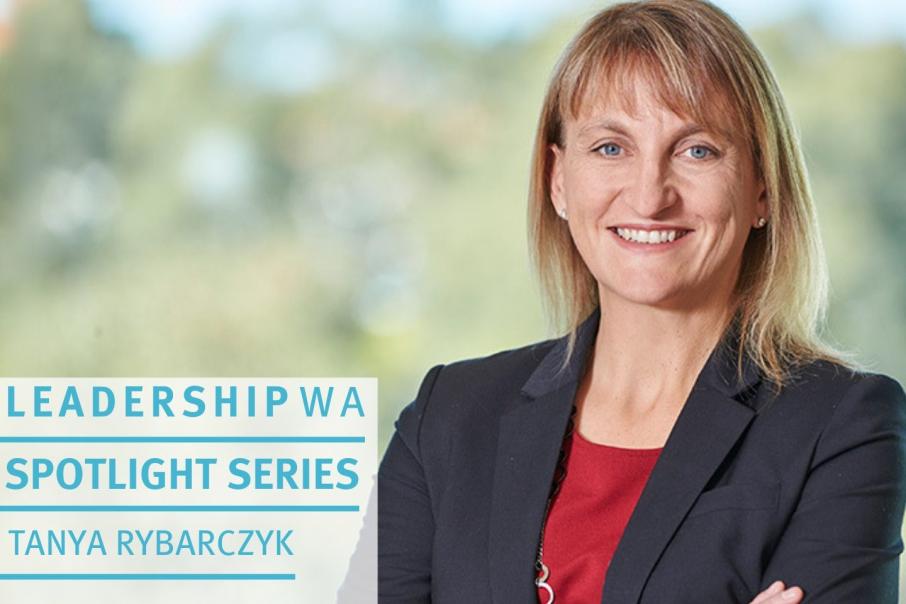 Tanya Rybarczyk is the General Manager, CSBP Fertilisers, part of the Wesfarmers Group. Tanya has over 25 years’ experience across a range of industries including retail, chemicals, transport, mining and resources and has a strong background in finance, mergers and acquisitions, private equity, accounting and investor relations. Tanya graduated from the Signature Leadership Program in 2009.

The first thing we asked Tanya was to define her leadership style.

“It’s always hard to answer that question, because it’s from someone else’s perspective, but I always try to be an authentic leader. What I mean by that is being honest with yourself and with others about who you are, what you stand for, your strengths but also your gaps.”

“It’s very important to me to be true to who I am when I’m dealing with people, and being authentic was a key learning for me during my time in the Signature Leadership Program. Who’s got time to be anyone other than themselves?”

“I’m also very collaborative. I like to promote sharing and challenging ideas and to bring together a diversity of views to make better decisions.”

“I see my role as supporting the people around me. If they’ve got good ideas which are consistent with our vision, strategies, and values, then I support them to develop those ideas.”

But Tanya had to adapt to her leadership style as she climbed the corporate ladder.

“I’m analytical by nature, so in the early days I was all about the numbers, the process, the detail. I’ve had to learn to step back and be much more strategic.”

“I still feel the need to have a level of understanding of the detail, so I dive into something until I’m comfortable with the details, and then I come back up and think about it strategically.”

“But you just can’t afford to be in the detail all the time, so I make sure I’ve got really good people around me and then empower them to take accountability of their area of responsibility.”

This high-level strategic thinking has come in handy for Tanya over her career.

“I’ve had six roles at Wesfarmers over 18 years, and each one of them has been a real change of pace. None of those roles were a logical progression from the job I was doing but rather leveraged my attributes and skills. For example, my previous role was as Chief Financial Officer of Wesfarmers Chemicals, Energy & Fertiliser (WesCEF) but I’m now leading a fertiliser business yet I don’t have an agricultural background.”

“Gaining the trust of people and the credibility without that obvious industry experience has always been a challenge.”

Coming into the role at CSBP, the first thing Tanya did was get to know people in the business, from team members to customers to suppliers.

“I wanted to understand their ideas, where they saw our challenges and opportunities, and really try to learn as much about the business as possible. I was very upfront and honest about the fact that I didn’t come with all of this knowledge. Everyone responded positively to that honesty.”

“Those discussions formed the foundation of a refresh of our business strategic direction.  I worked with my leadership team to develop an exciting new vision for the business along with key strategic objectives to drive us forward, underpinned by an updated set of values.  This has been a really important step for everyone in the business to align their efforts to help achieve our objectives.”

One of Tanya’s proudest moments at Wesfarmers was the job-sharing arrangement of her role as Chief Financial Officer at WesCEF.

“During my eight-year term as CFO, I went on maternity leave twice. My boss at the time, Tom O’Leary, encouraged me to return to work in the same role but in a job share capacity, which was amazing.  When my current boss, Ian Hansen, took the helm he was also very supportive.”

“I was one of three women who rotated through the role as job-share partners over a four year period and between us we had six children.  I think we proved that not only was it possible to do, but it was actually incredibly successful and fulfilling from both a professional and personal perspective.”

The job-sharing acted as a proof of concept for the business. Far from being a compromise, Tanya’s bosses felt the role was improved.

“They were effectively getting two brains for the price of one. Any kind of challenge or situation was met with two people’s views, which led to better decision making.  It was diversity in action.”

“I really loved its unique structure and the participants developed genuinely strong relationships. Every other course I’ve been on has an alumni network, but it just doesn’t compare to the Leadership WA Alumni.”

“We lean on each other all the time if we’re looking to that next move or want some advice about career development, work or personal challenges, or any of those kind of things. It’s a really trusted environment. It’s been incredibly valuable since I did the program.”

The Program also gave Tanya experience into sectors she had never worked in.

“I had always worked in the for-profit corporate sector, so the Signature Program exposed me to government agencies, not-for-profits, and social causes. It broadened my understanding of Western Australia and our challenges.”

As an Alumna, Tanya also volunteered with a not-for-profit through Leadership WA’s Skillsbank initiative. She joined the advisory council for the Big Brothers Big Sisters Australia, which is part of the world’s largest volunteer-supported mentoring network, matching young people aged between seven to 17 with positive adult role models.

After volunteering for Big Brothers Big Sisters, Tanya went on to be involved with Community West. But far from being just an exercise in giving back to the community, Tanya’s involvement with not-for-profits has helped her in her corporate role.

“I’ve learnt a lot about strategy development. Not-for-profits like Big Brothers Big Sisters are grass roots organisations that really have to evolve their strategies. Being involved in that process has been something I’ve brought in particular to this role at CSBP Fertilisers.”

As a final question, we asked Tanya to tell us three things she would change about how Western Australia is led.

“WA is an isolated place in the world, which is a positive, but I think it’s one of our challenges as well.  We run the risk of being too parochial, too inward looking and not exposed enough to what’s going on globally. Look at New Zealand. New Zealand is a small isolated country, but it’s so innovative. It punches above its weight.”

“We also need to diversify our economy and, although we are blessed with incredible mining and agricultural assets, we cannot afford to  be so reliant on them because they are both cyclical and seasonal industries.”

“My third point is about making the most of what we’ve got and adding value wherever possible.”

Tanya points to developments in agricultural technology at CSBP which will enable improved decision making for growers.

“Technology is something that can be exported as a service or as a tool along with product.”

“If we can’t diversify across industries, then diversify within the industry. We should leverage more of the value chain for the WA economy.”