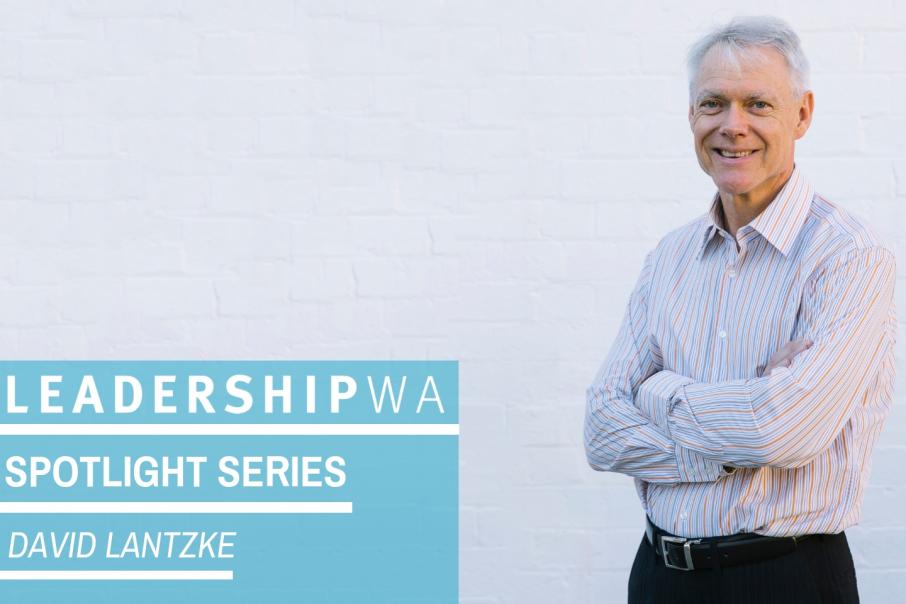 David Lantzke is the CEO of Ardross Group, one of Western Australia’s leading property developers. He is also the Deputy Chair of the Wheatbelt Development Commission, the Honorary Secretary of the Jurien Bay Chamber of Commerce, and the Chair of Access Housing Australia. David is a graduate of the Leadership WA's Signature Leadership Program.

Even though David Lantzke has been CEO of one of Western Australia’s leading property developers for over 20 years, he hasn’t stopped learning. From Harvard University’s Advanced Management Program to Leadership WA’s Signature Leadership Program, David is always looking to grow himself.

And it seems to have worked. When we asked him what his leadership style was, he answered: “I’m in charge of everything, until things go right.”

David has been CEO of the Ardross Group since 1995. As CEO, David convinced the Board to upend decades of corporate strategy by fundamentally changing how Ardross did business. For years, Ardross had effectively acted as a wholesaler, planning major projects that would then be on-sold to the consumer by a third party. Now, Ardross sells direct to the consumer. David decided to promote this model because he recognised relying on the wholesale one wasn’t sustainable.

“Land is a finite resource and the timeframes to get land approved for subdivision and development was just getting longer and longer.”

When David joined the Group, he had no idea he’d be there over the long term.

“When I joined Ardross, I didn't really know the intricacies of property development. It was a rapid learning curve.”

“Housing's one of the most important things that you can provide for people.  It fulfils a basic need.  I felt good about our work and that there was a benefit to society.”

The leanness of David’s team also gives him an extra degree of flexibility and an ability to be agile. But while agility has its benefits, being small also has its challenges.

“It can be very difficult to take advantage of anything that involves scale when you're small. As a smaller private company, you don't have the same access to capital that you do when you're larger.”

This can particularly be a challenge in Western Australia, where the fortunes of small organisations are closely tied to the State economy. As a result, David and his team worked to reduce debt during the boom of the early 2000s.

“Our ability to ride these times out has enhanced considerably since we significantly de-leveraged, because through the boom of the noughties we reduced our gearing. And that means that we're not beholden to a lender, paying interest at the wrong part of the property cycle.”

Indeed, the booming and busting Perth economy has caught out hundreds of businesses in Western Australia over the years.

“WA is littered with case studies that show some developers have done quite well on a particular project, but then they've replaced that project at the top of the cycle or paid too much for it. Then there's a downturn and they struggle to service the debt.”

“As a leader of an organisation, you have to steer your ship through that. In the late '80s we started some new projects, but then we had ‘the recession we had to have’ in the early '90s. Interest rates went to 18%. It was very difficult. We had a lot of debt at that time, but we managed through.”

While David’s CEO role is primarily concentrated on the private residential property market, he is also the Chair of Access Housing Australia, one of Western Australia’s largest Community Housing providers, with nearly 2,000 homes across the Perth, Peel and South West regions under management. But despite the different organisational aim, community housing is still subject to the same challenges as a private developer.

“In a rising market, it works great. In a falling market, it's a double whammy because the stock is more difficult to sell, and rental return on community housing also falls.”

“Some community housing tenants find that the private market is more attractive, so they go there. That is a good thing because it means their economic position is improved. But it puts more pressure on our rental revenue, which in turn challenges the viability of the entire community housing project.”

“It's great that people's circumstances can change and they don't need community housing. But unfortunately, I believe the number of people that need assisted housing is always going to be greater than our ability as a community to deliver it.”

In addressing the challenges throughout his career, a key factor has been David’s commitment to learning and education. In addition to Leadership WA’s Signature Leadership Program, David has completed the Advanced Management Program at Harvard Business School and the AICD Company Director’s Course.

“The Signature Leadership Program made me a lot more thoughtful about impacts on others and made me ask some pertinent questions about myself.”

The Program also helped David feel comfortable in international learning opportunities, such as his Program at Harvard.

“My Leadership WA experience really helped me prepare for the Harvard experience and be confident enough to network, because the Program contained 160 people from 48 countries. There were amazing CEOs from massive companies.”

“Leadership WA took my career development to another level and also developed my passion to undertake outside not-for-profit pro bono work.”