Deloitte has become the latest of the big four to get involved in a wave of professional services deals, acquiring the boutique tax specialist KD Johns & Company which will make the post-merger firm the state's biggest accounting partnership. 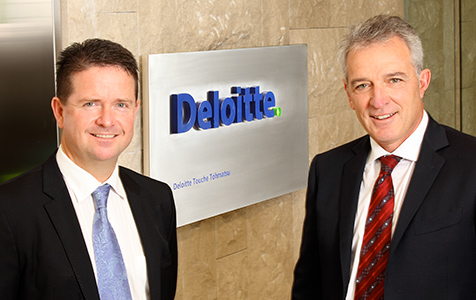 Deloitte has become the latest of the big four to get involved in a wave of professional services deals, acquiring the boutique tax specialist KD Johns & Company which will make the post-merger firm the state's biggest accounting partnership.

Established by Keith Johns in 2002, KD Johns' team of four directors will join as partners of Deloitte with 15 staff effective 1 October 2014.

They will be part of Deloitte Private launched in Perth last year to service high net worth individuals and families, private and family businesses and not for profits.

According to the BNIQ data base, that will push Deloitte to 56 partners, above EY with 55, although it will be the third or fourth biggest in terms of staff with 520, behind PwC with 550 and EY with 680.

Deloitte will remain third in terms of accountants, with 503, behind PwC with 510 and EY with 635.

The latest numbers from KPMG are not yet known following its acquisition last month of mining-focused management consultancy firm Momentum Partners in a transaction estimated to be worth about $5 million.

It added 28 staff nationally with the deal, which included at least one new partner, Momentum Partners managing partner and biggest shareholder, Carl Adams, who became KPMG's head of mining.

Deloitte WA office managing partner Michael McNulty said he had been in discussions with Mr Johns for about a year.

The pair had worked together at Andersen before that global firm collapsed more than a decade ago.

Mr Johns said that culturally he believed the firms were a good fit, in part due to that background shared by the two leaders and other members of the merging firms.

He added that Deloitte's broader services, and its knowledge of technology, especially cloud accounting, was a key driver to the merger.

Deloitte Private launched in Perth in June 2013 under partner Michael Gastevich with three partners and 23 staff.

This practice has grown significantly since this time and will now consist of 9 partners and 48 staff, bringing the Deloitte Perth office to a total of 56 partners and 520 staff.

Nationally Deloitte Private now has in excess of 1,000 people including 107 partners across most states and territories