It’s war, but not as we know it

The rise of intelligent machines presents opportunities for WA. 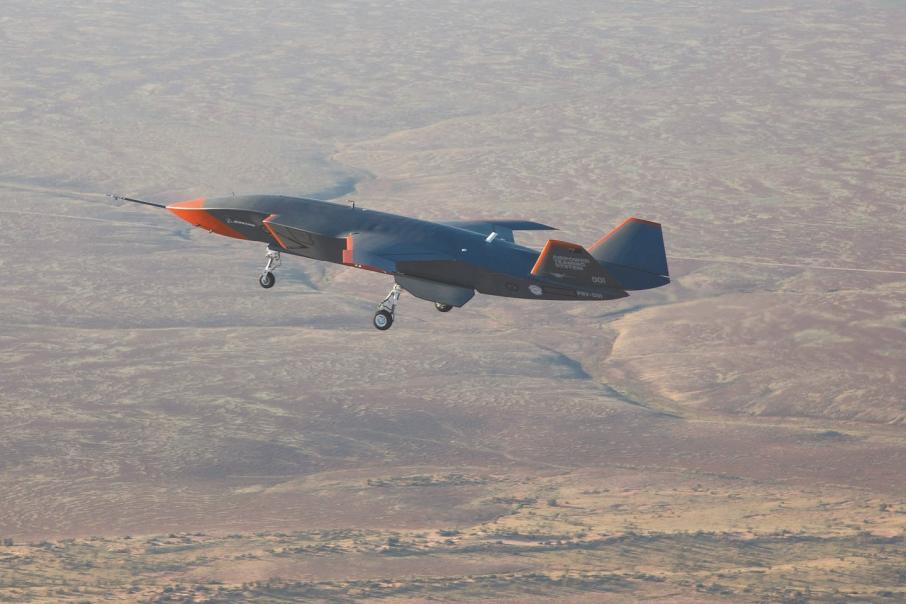 A global military race is under way to incorporate artificial intelligence into semi-autonomous and autonomous vehicles, including fighter aircraft, drones, ground vehicles, and naval vessels.

AI is about to change everything we know about warfare, with far-reaching implications for Australia’s security, military forces, and industries.

A fully autonomous machine perceives its environment, via sensors, makes programmed decisions based on those perceptions, and undertakes specific tasks without human interaction.

There is no better example of this type of advanced technology than self-driving vehicles being developed by the world’s leading car and truck manufacturers.

Australia leads the world in the introduction of mining automation, with self-driving haul trucks extensively used throughout the resources sector.

Many people now expect the next iteration of AI-controlled vehicles will occur in the military, years before we see their widespread use in civilian settings.

Cutting-edge AI-machine interface technology is being used in the development of the next generation of unmanned combat aircraft.

These planes will be flown by an onboard AI acting as a symbiotic extension of piloted aircraft they partner with. On February 27, Boeing Australia completed the first test flight of its Airpower Teaming System, more commonly known as Loyal Wingman.

This is the first combat aircraft Australia has designed and built in 50 years.

Loyal Wingman is being developed as an unmanned, low-cost combat jet that can fly autonomously alongside RAAFs manned aircraft such as the F35A stealth fighter.

The goal is to have a crewed aircraft issue mission commands and allocate targets to Loyal Wingman’s onboard AI. It will be left to the AI to carry out those instructions.

Boeing has indicated that up to 16 Loyal Wingman jets could be teamed with one crewed aircraft for missions.

This would be a massive force multiplier for Australia’s air power.

Most AI-controlled military platforms under development, including Loyal Wingman, are in the development stage.

There is still only a small number of lethal autonomous weapon systems operationally deployed throughout the world.

An example is the South Korean SGR-A1 automated sentry machine gun being used to identify, select, and fire on targets in the Demilitarized Zone between North and South Korea.

It is understood that the SGR-A1 normally operates as a ‘human-inthe-loop’ system, which leaves the final decision to fire up to a human operator.

However, the system can also function in a ‘human-on-the-loop’ mode, where the AI identifies, selects, and engages targets without any oversight, but where human operators can intervene and terminate engagements.

It is expected most autonomous weapon systems under development, including Loyal Wingman, will operate only with human in- or on-the-loop settings.

The concern of ethicists is that AI-controlled systems will be allowed to identify, select, and fire on targets without any human oversight.

Thirty nations are in favour of a total ban on unsupervised lethal autonomous weapons systems, while dozens of others want a treaty to establish some form of control over their use.

Loyal Wingman is Boeing’s largest investment in an unmanned aircraft outside of the US.

The Australian government contributed $40 million towards the initial development of three prototype aircraft.

Just after the aircraft’s first test flight, the government announced it would invest a further $115 million in Loyal Wingman’s development, which has so far achieved an Australian industry participation level of 70 per cent.

Boeing is understood to be using the Loyal Wingman prototype as its entry into a contest to provide the US Air Force with an autonomous unmanned combat plane to be teamed with crewed jets.

Two other US companies have also been asked to provide the USAF with prototypes for assessment.

Australian suppliers will be keen to assist Boeing demonstrate the potential of Loyal Wingman, as this type of platform will have significant export potential.

With 80 per cent of Australia’s aircraft manufacturing and repair services located on the east coast, it has always been difficult for Western Australian companies to access military aerospace supply contracts.

Opportunities for WA industry are more likely to occur from building up capacity and capability to develop or support the autonomous machines and systems that will continue to transform the state’s resources, agriculture, and marine sectors.

To diversify the state’s economy, the McGowan government will need to assist companies and workers to connect with the increasing use of intelligent machines.