The updated WA ‘rich list’ shows the state’s iron ore magnates are moving far ahead of people who made their money in other industries. 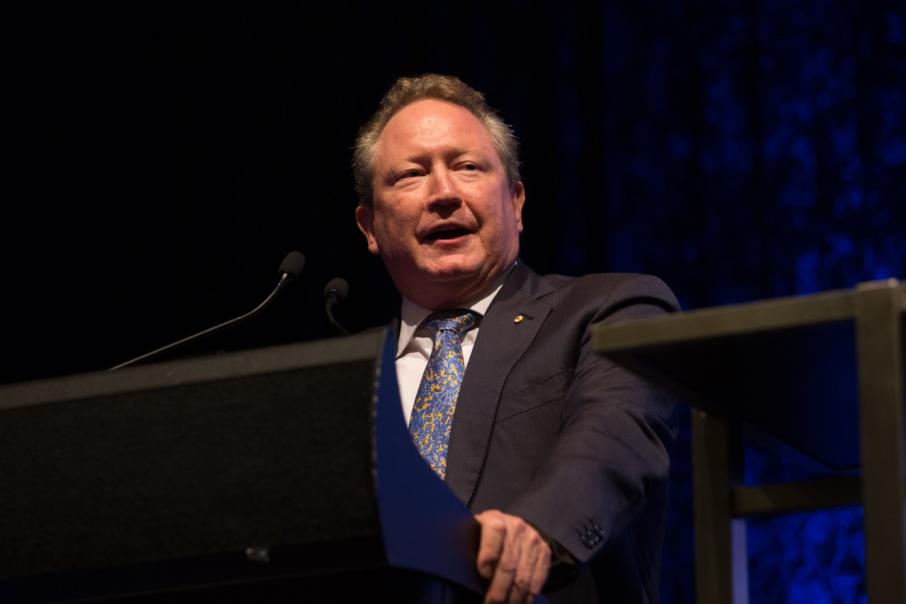 The amount of money created in Western Australia’s iron ore industry is often hard to comprehend, so here is one statistic that might help.

The wealth created in all other industries pales in comparison.

Nonetheless, there are some very large and fast-growing fortunes being created, or expanded, elsewhere.

Top of the WA rich list is Gina Rinehart, with an estimated wealth of $28 billion.

Mrs Rinehart’s four children have a combined wealth estimated at $7.5 billion, though how much money they will end up with depends on the outcome of long-running legal disputes with their mother.

Much of their wealth derives from an iron ore royalties deal negotiated with Rio Tinto in the 1960s.

The royalties flow through family company Wright Prospecting, which paid a dividend of $230 million last year.

Mr Wright’s daughter Angela Bennett is worth an estimated $3.5 billion.

His granddaughters Alexandra Burt and Leonie Baldock (whose father was the late Michael Wright) have a similar estimated wealth.

The third child, Julian Wright, has taken legal action to try and reclaim a greater share of the family wealth after he sold out of Wright Prospecting in 1987 for $6.8 million.

The Supreme Court has not yet ruled on his claim.

Judging the wealth of private people like Angela Bennett is, at best, an educated guess.

It’s easier when dealing with people such as Andrew Forrest, whose wealth is largely tied up in ASX-listed Fortescue Metals Group.

Mr Forrest’s one-third stake in the iron ore miner has fluctuated widely in value over the years, broadly in line with the ups and downs of the iron ore price.

This month it’s on a high, with the benchmark iron ore price recently spiking above $US140 per tonne (see graph) and Mr Forrest’s stake in Fortescue surpassing $24 billion. 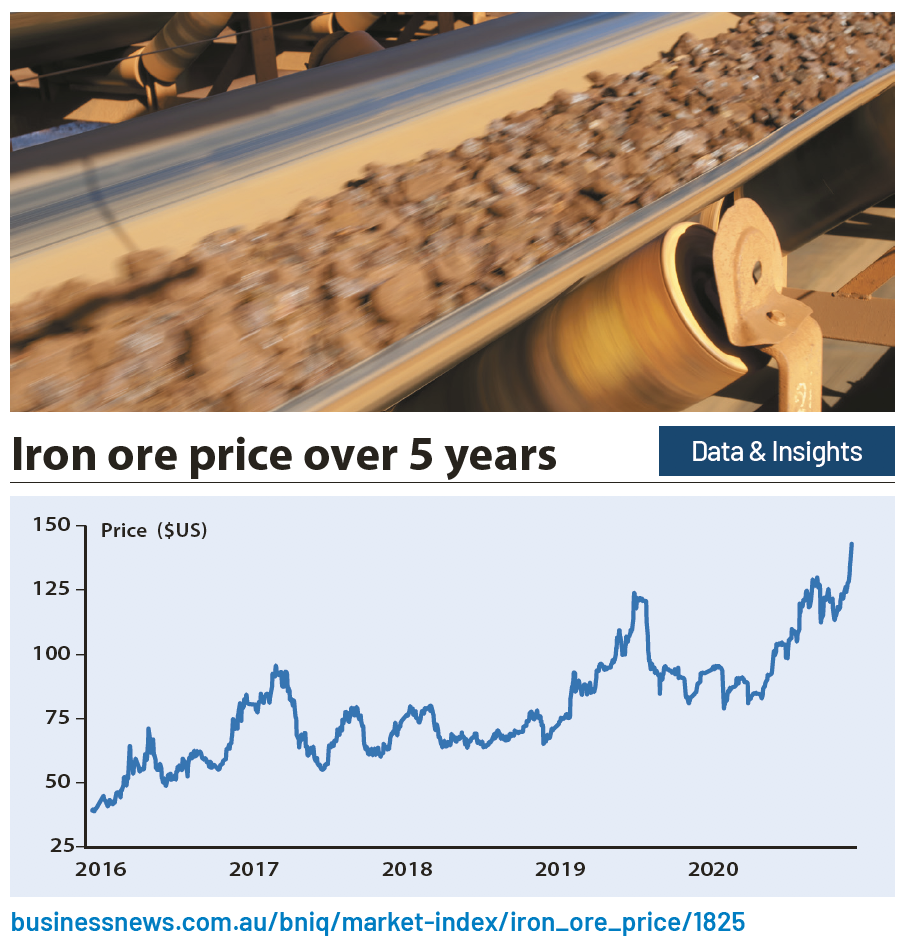 In addition to a rising share price, Mr Forrest has benefited from increasing dividend payments.

In the past two years, Fortescue has paid $2.2 billion in dividends to Mr Forrest.

Some of that money has been reinvested in Fortescue shares; in the past 12 months, Mr Forrest has spent about $300 million purchasing more Fortescue stock.

Mr Forrest and his wife, Nicola, have made huge pledges to philanthropy, committing $2 billion to their Minderoo Foundation.

They have also made big investments through private company Tattarang, which has interests in agribusiness, mining, oil and gas, tourism and hospitality.

Other WA rich listers whose fortunes are tied significantly to iron ore are Kerry Stokes and Chris Ellison.

Mr Stokes’ largest source of wealth is his shareholding in ASX-listed Seven Group Holdings, worth about $4.7 billion.

Seven Group is a large and diversified company, but its main operation is Caterpillar dealer WesTrac, which is a major supplier to the iron ore industry.

He also holds a personal stake in Seven West, worth about $150 million.

That investment has eroded his net wealth, as the value of Seven West has been on a long-term downward slide, reflecting the challenging trading conditions for traditional media businesses.

Mr Stokes’ shareholding in gold miner Saracen Mineral Holdings, held through private company Wroxby, is worth $135 million, nearly as much as his stake in Seven West.

His stake in the ASX-listed company is worth about $770 million, with a recent spike attributed to the higher iron ore price.

The technology sector has been a creator of enormous wealth during the past year.

This is best reflected in the bolting share price of global tech companies such as Apple, Google and Microsoft, as well as Australian companies including Afterpay and CSL.

A big success story with a Perth connection is Canva, the developer of globally popular graphic design software.

Co-founders Melanie Perkins and Cliff Obrecht, who grew up in Perth and started their first business here, are worth an estimated $3.4 billion.

That valuation is based on the price at which venture capital investors have bought shares in their unlisted company.

The state’s most valuable tech stock is PYC Therapeutics. Its rising share price has boosted the wealth of major investors Alan Tribe and Bernard Hockings.

Another big mover this year has been veteran mining investor Tim Goyder, who is chairman and a major shareholder in Chalice Gold Mines.

The term ‘old money’ usually refers to families that have held their wealth for multiple generations.

That term does not apply in WA, but it is notable that many of the big fortunes in this state (at least outside iron ore) were made some years ago.

The members of the Roberts family – Andrew, Tim and Denby – owe their wealth to their father John Roberts, who passed away in 2006 after building Multiplex into a construction giant.

Similarly, the Buckeridge family can thank the late Len Buckeridge for his success with building company BGC (Australia).

Ralph Sarich built his fortune in property in the 1990s after early success with Orbital Engine Corporation.

Likewise, Jack Bendat built his fortune in construction, radio and television between the 1970s and 1990s.

While WA’s really big fortunes are in iron ore, many of the people on the rich list have achieved success in a wide range of industries.

Ian Trahar, who has pursued multiple ventures over the years, holds a big stake in aquaculture developer Seafarms Group.

Tony Lennon built Peet into one of the state’s most successful land developers.

John Rothwell created a new industry in shipbuilding and is still going strong.

The list of wealthy company directors includes some who started with little.

Bill Beament has taken Northern Star Resources from a single, small mine in the Pilbara to a globally significant gold miner.