ASX-listed Infinity Lithium has become involved in a Spanish battery consortium led by one of its key strategic partners, EIT InnoEnergy that hopes to snare a whopping €1.2 billion in pandemic recovery funding from the Spanish Government. The company’s San Jose lithium project may be in line for a €256 million CAPEX injection if the consortium’s application is successful. 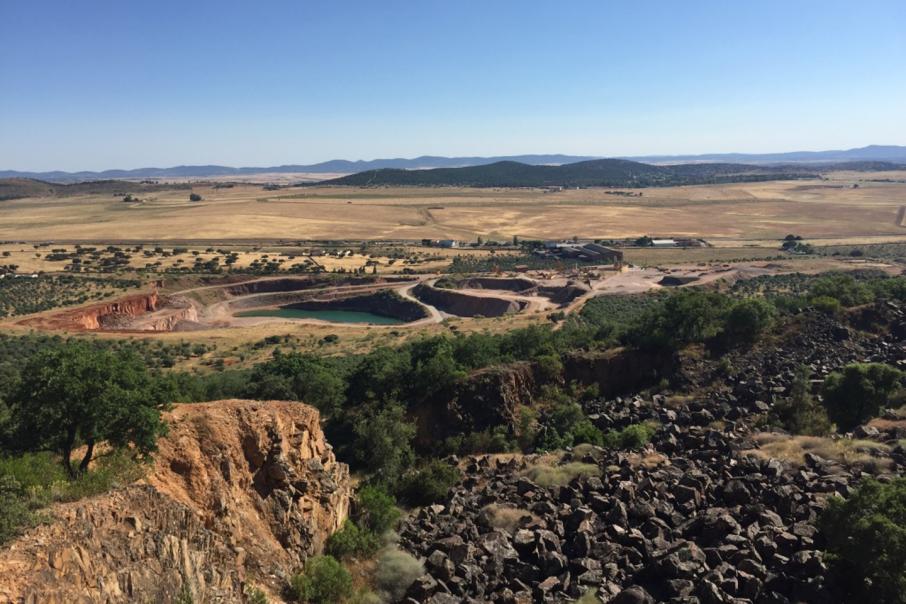 ASX-listed Infinity Lithium has become involved in a Spanish battery consortium named “Battchain” that is led by one of its key strategic partners, EIT InnoEnergy. The consortium hopes to snare a whopping €1.2 billion in pandemic recovery funding from the Spanish Government.

Perth-based Infinity says the consortium has submitted an expression of interest to the Government in the European Union’s €750 billion promotion of industrial competitiveness and sustainability projects program, which has earmarked a massive €140 billion in low-interest loans and grants to Spain.

According to the company, Battchain comprises a group of leading Spanish companies and industrial projects that have joined forces to respond to the increasing demand for batteries anticipated in Spain and Europe over the coming years.

Infinity says its proposed lithium mining and processing operation at its San Jose project in the Extremadura region is in the vanguard to potentially cornerstone the development of a fully integrated lithium-ion battery value chain in Spain and the EU.

The company says the EIT InnoEnergy-led consortium will be looking for an injection from the recovery fund of €1.2 billion to aid the development of its industrial projects, predominantly related to the automotive sector.

If the Battchain submission to the recovery fund is ultimately successful and the San Jose lithium project development goes ahead, Infinity may be in line to receive a significant chunk of the total financing for its pre-production CAPEX requirements – expected to be in the order of approximately €256 million.

Netherlands-headquartered EIT InnoEnergy has predicted battery demand in Spain will rise to 75 gigawatt hours by 2030, of which around 90 per cent is expected to come from the automotive sector.

EIT InnoEnergy forecasts that by 2030, at least half of the vehicles produced in Spain will be electric and 28GWh of batteries will be needed annually for these vehicles.

Projects in the consortium include Infinity’s potential mining of lithium hard rock reserves and the refining of 15,000 tonnes per annum of lithium hydroxide, a 10GWh solid state cell factory, an assembly plant with an annual capacity of 120,000 battery packs, a factory for the assembly of up to 20,000 “last-mile” electric vehicles a year, and a battery collection, recycling and second battery life plant.

EIT InnoEnergy Iberia Chief Executive Officer, Mikel Lasa said: “As the second largest car-producing country in Europe, it is essential that we drive and accelerate a profound transformation of the Spanish automotive industry. Now is the right time to act, but we must do it collaboratively and with a European vision.”

EIT InnoEnergy is also responsible for the industrial development program of the European Battery Alliance, or “EBA”.

Mr Lasa said: “Through our work leading the EBA, we saw the potential of creating a Spanish value chain to accelerate change. We have proven success in driving forward these types of projects to commercialisation by connecting partners with the right funds and market support. The players we’ve brought together already have economically viable projects in   development – making this (Battchain) an initiative that will catapult real change in Spain’s automotive industry.”

San Jose, the second largest hard-rock lithium deposit in Europe, is located near the town of Caceres in the Extremadura region adjacent to the border with Portugal and about 280 kilometres south-west of the Spanish capital city, Madrid.

The project hosts an open-pittable mineral resource of 111.3 million tonnes of ore at an average grade of 0.61 per cent lithium oxide.

Currently, Infinity’s development concept involves the proposed mining of lithium and also the processing and manufacturing of battery-grade lithium hydroxide and carbonate on site.

EIT InnoEnergy has agreed to contribute €800,000 to Infinity’s 75 per cent-owned San Jose feasibility study, payable in three tranches, and also look to help the company lock down project financing.

According to Infinity, EIT InnoEnergy also intends backing the company with a further €2.4 million phase-two investment towards construction of a lithium pilot plant.