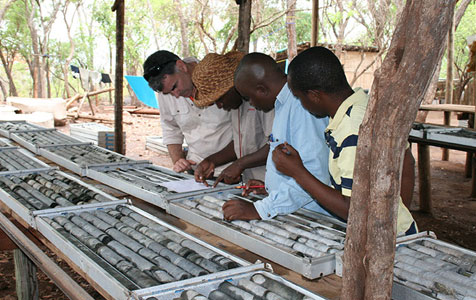 IMX Resources has taken a major step towards making the transition from explorer to producer, announcing today a $US60 million joint venture exploration agreement with Hong Kong resources group MMG Exploration Holdings for its Nachingwea nickel project in Tanzania.

MMG can earn up to a 60 per cent interest in the project under the agreement, by providing $US60 million in exploration funding over a five-year period.

The earn-in period has three stages, with MMG to spend $US10 million on exploration over the next 12 months to earn a 15 per cent interest in the project.

MMG can increase that stake to 40 per cent by funding a further $US25 million of exploration over the next 18 months.

In the third stage, MMG can take its stake to 60 per cent by funding an additional $US25 million over a further 30 months.

IMX managing director Neil Meadows said the company was delighted to welcome MMG as its partner to test for deeper, higher-grade nickel mineralisation at the Nachingwea project.

“The deeper exploration program lends itself to a partnership with a large company like MMG to manage the higher cost of such a program, but also to bring to bear additional technical capability,” Mr Meadows said in a statement.

“If successful, the program will deliver significant returns to IMX that simply would not have been possible for IMX to achieve alone, particularly in the current fundraising environment for junior mining companies.”

Mr Meadows said the agreement provided the company a path to production at Nachingwea and ensured a well-funded exploration program.

“Importantly, the expanded exploration program can be progressed without the need for a highly dilutive corporate level capital raising,” he said.

“This protects the interests of our shareholders, while ensuring they retain a substantial interest in Nachingwea.”

The agreement also allows IMX to continue small-scale exploration work on the regional tenements around Nachingwea, if it does not interfere with MMG’s program.

Previous exploration works at the Nachingwea project, which includes the Ntaka Hill nickel sulphide deposit, have discovered 117,880 tonnes of contained nickel in measured and indicated reseources.

The project also has inferred mineral resources of 238,500t of contained nickel.