How the WA Government’s Asian Engagement strategy was lost 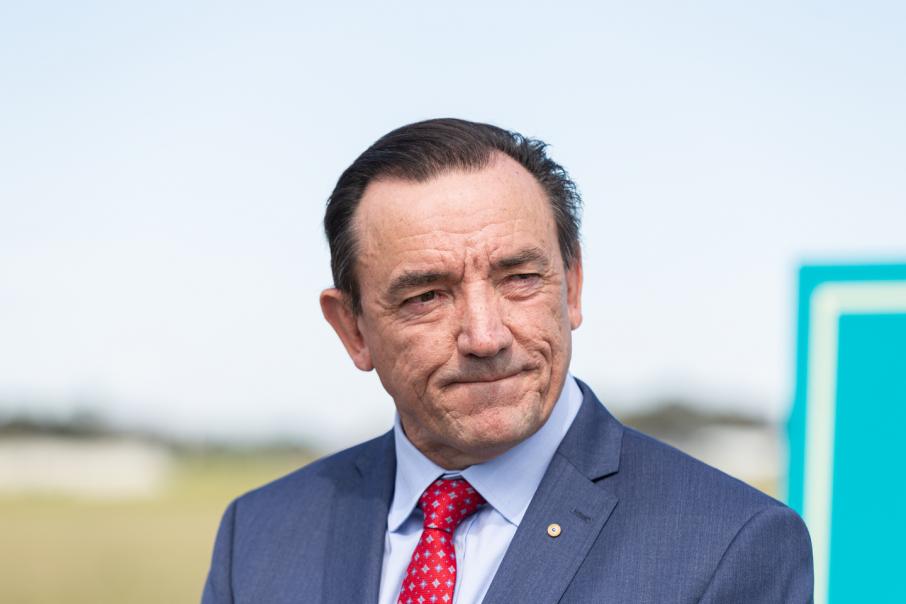 Peter Tinley was previously the Minister for Asian Engagement, a ministry that has since been axed. Photo: Gabriel Oliveira

It hit without notice, with no prior consultation or explanation. Western Australia's state election was over and a few days later the premier presented his new ministry, and the Hon. Peter Tinley’s name was missing.

The Minister for Asian Engagement was gone.

Premier Mark McGowan had just won an historic victory, but his decision to axe the ministry for Asian engagement was surprising given that only four years earlier he had heralded the creation of this new portfolio as the first of any state government in Australia, demonstrating just how important Asia was for his state.

For those very close to international trade, investment and Asia, the axing of this role was very surprising, but certainly not ‘earth shattering’ given that the minster’s role was mainly ceremonial, with the day-to-day management of the portfolio being carried-out across the street at the mega-department of Jobs, Tourism, Science & Innovation (called JTSI) that also had responsibility for all the state’s overseas trade offices, exports and investment.

The biggest concern therefore, wasn’t the closing of this ministry, but having been caught off-guard, how the state government bureaucrats would articulate and explain the premier’s decision quickly to major stakeholders – including business councils, exporters, foreign Perth-based consulates and NGO’s – to avoid any misunderstanding or incorrect perceptions at a time when the need to diversify the WA economy in Asia is considered vital.

Strangely, within two weeks, there had been no communication from the premier’s office nor from the director-general of JTSI to reassure stakeholders that the state had certainly not abandoned its commitment to Asia and that the day-to-day operations of this portfolio would simply continue under JTSI’s specialised division called Investment & Trade WA - or ITWA.

A number of consulates (incorrectly) reported to their embassies and foreign ministers – in the absence of any clarification or reassurances – ‘that WA’s commitment to Asian Engagement had been withdrawn.’

At the same time JTSI had also been undertaking a restructure of ITWA for almost 18 months, and - notwithstanding Covid-19 - had seen the departure of seven key trade commissioners from their overseas postings, preferring to seek four new regional commissioners.

Indonesia, India and Korea in particular had all lost the services of a permanent and full time WA commissioner, again with no real consultation or explanation to key stakeholders.

Former senior staff of government, former commissioners and business, expressed bewilderment and concern when learning that India, for example, would be ‘managed’ from Dubai, and Korea from the WA trade office in Japan.

Indonesia, with its 271 million people would be managed by a single ASEAN commissioner, along with another nine countries. But how would this work?

The leadership of JTSI commenced what they called one-on-one meetings to explain what exactly was happening with this critical portfolio, but the process has been too slow, leaving the door wide open for speculation, confusion and misunderstanding by stakeholders, and the general public, who perceived WA was indeed abandoning its place in Asia.

Despite numerous requests for the director general to invite key stakeholders to an early meeting to brief and re-assure them that WA had a coherent plan and was ‘very committed to Asia’ the process has limped along until to today when, eight weeks later, no group stakeholder meetings have been held.

Perhaps because they know their new model for the overseas trade offices is badly flawed, and given the inexperience of many of the new staff, JTSI felt intimidated in making a group stakeholder presentation?

No one knows, but what we do know is that under large bureaucracies things move slowly; too slowly.

Clearly, the decision of the premier to axe the WA Ministry of Asian Engagement without warning or without a post-announcement action plan was unwise.

But the premier had other things on his mind, so this is where an agile, focused and energetic department could have stepped-in and promptly told stakeholders of the reasons for the changes to Asian engagement delivery along with their own strategic plans, including the restructuring of the WA trade offices, and in doing so reassure people that going forward, business facilitation will indeed proceed smoothly.

No one really knows what damage to WA’s reputation, as a forward-thinking and aggressive export-orientated state of Australia, has occurred, but the perception has been anything but positive.

The McGowan government created the mega-department model in 2017, but Covid-19 has highlighted that in 2021 what works in business and government is smaller, agile and focused organisations that can adapt quickly as circumstances change.

JTSI needs to be split up allowing critically important sectors, such as state development – including Asian engagement – and also tourism, to be placed under one minister with their own autonomy, and with experienced staff, leading to better outcomes for our state, and more confidence in WA by our major overseas customers and stakeholders.