Perth’s sister city Houston has some interesting insights on public transport, economic diversification and other challenges faced by both cities. 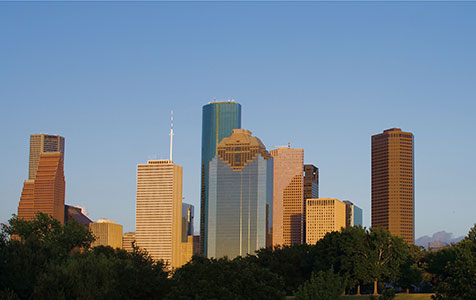 Houston has a reputation as the most affordable city in America with lots of available land.

Perth’s sister city Houston has some interesting insights on public transport, economic diversification and other challenges faced by both cities.

Houston, like Perth and many big US cities, is dependent on cars, with vast freeways and sprawling suburbs.

So it may come as a surprise to learn that Houston is investing in a light rail network.

The city’s first light rail line was built about 10 years ago, a second line opened last year, and two further lines are planned. It also plans to establish a rapid bus transit service.

But she does not try to oversell its significance, cautioning that “you don’t build it to reduce traffic or alleviate congestion”.

Instead, it was part of a suite of transport options that modern cities ought to offer.

Another broad similarity between Houston and Perth is their reliance on the resources sector as their main economic driver.

It’s not quite that simple – Perth is unique around the world in having large mining and petroleum sectors, offering a degree of diversity.

Houston, by contrast, is very much an oil and gas city, but has worked hard to reduce that reliance.

Ms Parker said the oil and gas industry accounted for 80 per cent of Houston’s economic activity in the 1970s, which made the city highly exposed to downturns in that sector.

“We understood that we couldn’t be a one-industry town,” she said.

Her observations about how Houston responded rang very familiar to us in Perth.

“Some cities look for the magic bullet,” she said, seeking to lure a new company or new industry.

“We did something a bit different; we asked what are our existing strengths and how can we maximise what we are already doing rather than stepping out in a new direction.”

The result was a focus on building Houston’s shipping port, which now has the largest freight tonnage of any port in the US.

A second focus was expanding the Texas Medical Centre, which had its origins in a philanthropic land bequest and now hosts multiple private and public medical facilities.

“We very deliberately put resources in, recruited more hospitals and researchers, and it now employs more than 100,000 people,” she said.

Ms Parker visited the newly built Perkins Centre at the QEII Medical Centre in Nedlands, describing it as a fantastic facility.

But while Houston was able to co-locate numerous medical facilities at one location, she observed that a second Perkins facility was being built at Murdoch.

Another more profound difference between the two cities concerns land-use planning, and Houston’s reputation as the most affordable city in America with lots of available land.

As a result, Houston is attracting a lot of manufacturing industries.

Ms Parker said Houston had a “much more free-wheeling approach” than most cities.

“We do planning but we don’t do zoning,” she said.

Ms Parker said that unlike other US cities, Houston did not have a land price bubble and she believed one of the main reasons was that the lack of zoning meant areas could redevelop very rapidly.

The Houston approach would be a radical departure for Perth, but given the housing affordability problems here, a radical change may be warranted.