Classic Minerals has generated high-grade gold intersections from drilling at its emerging Kat Gap project near Southern Cross, WA, which have doubled the strike length of the ore system to 400 metres. The program targeted the ore body along strike and produced exceptional, shallow drilling results including 7m @ 24.3g/t from 24m down-hole, 9m @ 15.2g/t gold from 22m and 10m @ 8.2g/t from 7m in separate holes. 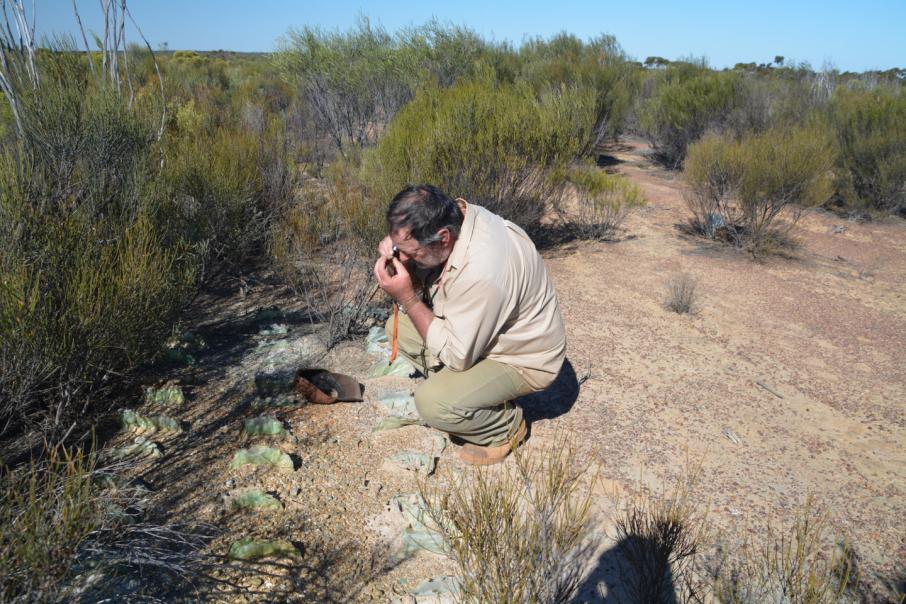 ASX-listed gold explorer, Classic Minerals, looks like it might be onto something special at the Kat Gap project near Southern Cross, WA, with new high-grade drilling results doubling the length of the ore system to 400 metres.

The program targeted the ore body up-dip, down-dip and along strike to the northwest and generated some exceptional new shallow drilling intersections including 7 metres grading 24.3 grams per tonne from 24m down-hole, 9m @ 15.2g/t gold from 22m and 10m @ 8.2g/t from 7m in separate drill holes.

Importantly, the system remains open to the north, with no historical RC drilling having been undertaken in that region of the project.

The gold mineralisation hugs the contact between granite and ultramafic greenstone rock sequences, with the yellow metal located in a granite host, rather than the greenstone sequences more typical for this part of the Forrestania region.

According to management, the high gold grades and shallow nature of the mineralisation will enhance the economics of any proposed future open-pit mining operation at Kat Gap.

Last year, the company inked an MoU with Tianye SXO Gold Mining, who own the Marvel Loch processing plant, about 150km north of Kat Gap.

The option effectively means that Kat Gap and the Forrestania gold project resources are not “stranded” and could be toll-treated at the Marvel Loch plant if the economics check out.

Based on the assay results returned from Kat Gap to date, the gold grade of this resource could potentially exceed that of the Classic’s mineral resources further to the north.

The company purchased Kat Gap earlier this year for a total consideration of $250,000 and a 2% net smelter royalty on future production from Sulphide Resources.

The recent drilling results build on work completed towards the end of last year when Classic proved that Kat Gap had more legs than previous operators and where little work had been completed for nearly 20 years.

Future work will focus on drill testing the granite-greenstone contact further north and south of the current results, with only 10% of the actual 3.5-kilometre long contact having had any definitive work at this point.

Based on its success to date at Kat Gap, the company could be sitting on some potentially interesting, underexplored real estate in this region of the Forrestania greenstone belt.

Classic will also complete some limited, strategic diamond drill holes at Kat Gap to collect valuable geological structural data and test the system a bit deeper, with this work is expected to kick off next month.

The company is also planning to complete regional aircore drilling across the granite terrain in its tenements, where geochemical gold anomalies exist in a long corridor at the surface, defined by historical auger soil sampling programs.

Classic CEO Dean Goodwin said: “Kat Gap is now starting to show its true colours delivering more terrific results for Classic and its shareholders. I’m absolutely rapt with the extended zones of ore-grade gold intersections along strike to the north together with the great results we are now starting to see down dip at depth.”

“The northern extension drilling focussed on testing the granite-greenstone contact at shallow depths down to only 50m vertical below the surface. If these ore-grade zones continue further down-dip and along strike for another 200-300m, we’ll have a real tiger by the tail.”

“The next stage for Kat Gap is to continue an aggressive RC drilling program extending the known mineralised zone further north and south from our current drilling area.”

“This work should give us a pretty good idea of how good this system is. A few deep diamond holes to collect valuable structural data will also be incorporated into the program to probe at depth 200-300m below existing drill coverage.”