Horizon Minerals has returned an impressive initial batch of high-grade gold hits from a reverse circulation and diamond drilling campaign at the joint-ventured Penny’s Find underground gold project in WA’s Eastern Goldfields. Better assays include 0.85 metres grading an average 23.56 grams per tonne gold from 216.75m, 1.67m going 17.91 g/t from 178.91m and 1.85m at 13.95 g/t from 251m. 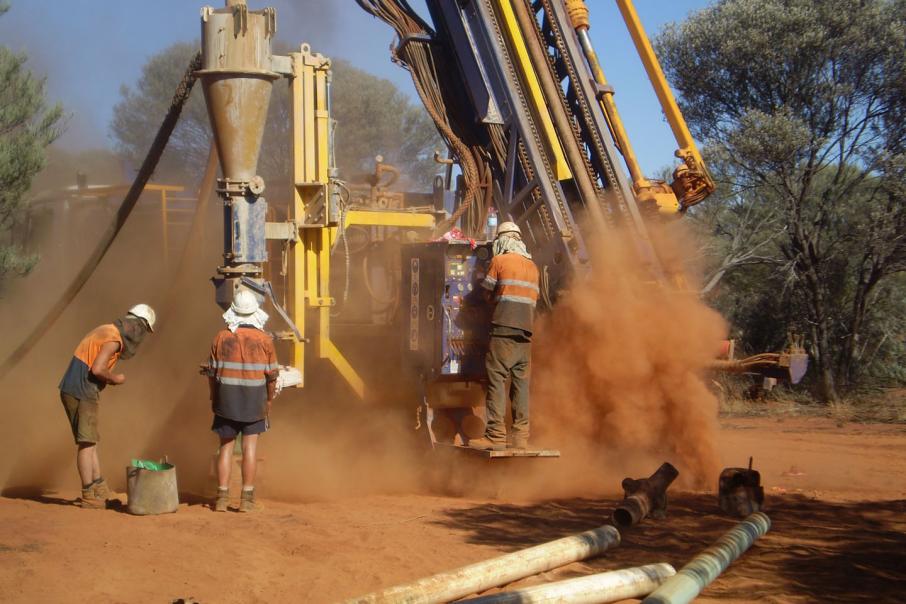 The Perth-based company and its JV partner, Orminex Ltd are gearing up for the restart of gold production from the historic gold project approximately 50km north-east of Kalgoorlie in the second half of the calendar year via a third-party toll ore treatment arrangement.

Penny’s Find still hosts an underground indicated and inferred resource of 248,000 tonnes of ore at an eye-catching grade of 7.04 g/t gold for 56,000 ounces of contained gold, according to previous owner Empire Resources.

Orminex says the underground gold deposit extends from the base of the depleted open pit at approximately 85m depth to at least 250m below surface and remains open at depth.

Open-cut mining at Penny’s Find, which came to an end about three years ago, culminated in the production of about 18,300 ounces of gold from the treatment of 140,000 tonnes of ore that averaged 4.47 g/t gold.

Horizon says the high-grade gold mineralisation at Penny’s Find occurs in quartz veins at the contact between sediments and the basalt.

The JV’s resource definition and infill program consisted of 2,013m of RC and 2,765m of diamond drilling for total coverage of 4,778m from 21 holes down to a maximum depth of 282m.

It was aimed at verifying the continuity of gold mineralisation below and to the north of the historic open pit at generally 20m line spacings.

Horizon says the latest set of drill intercepts from 13 of the holes point to excellent grades and improved geological confidence in the underground ore body, with mineralisation still open to the north and at depth.

According to the company, the drill hits are consistent with previous drilling undertaken at the project that showed gold mineralisation comprising visual high-grade, narrow quartz veins dipping to the north east.

The 5.07m intersection grading 5.27 g/t gold from 180.35m was of particular interest to the JV, having come from testing of the northern extension potential outside of the current known mineralised envelope.

The company says limited drilling has been conducted north of this hole and will be followed up in the next program to probe the interpreted ore plunge and northern strike extent.

Horizon Minerals Managing Director, Jon Price said: “These initial drilling results have improved our confidence in the scale and quality of the underground mineralisation.”

Results for the remaining eight holes of the Penny’s Find drilling campaign are expected in the current quarter.

Once all drilling data has been received, the $68 million market-capped company plans to incorporate the new numbers into an updated underground mineral resource estimate for Penny’s Find.

Mine optimisation, design and economic analysis will then follow ahead of the compilation of a maiden ore reserve and a development decision in the September quarter this year.

Horizon recently acquired its 50 per cent stake in Penny’s Find from Perth-based and ASX-listed Orminex for $1.5 million cash and as part of the transaction, agreed to sole fund a further $1 million in pre-production expenditure.

The JV says all requisite statutory mining approvals are in place for the resumption of mining at Penny’s Find and a toll milling contract has been secured for ore processing and gold production, which is slated to kick off in the second half of 2021.

Assuming development of the satellite mine is given the thumbs up, toll treatment of Penny’s Find ore will be carried out by Golden Mile Milling at its Lakewood processing plant near Kalgoorlie, opening up a second cash flow front for Horizon, who recently successfully generated cash by toll treating ore from its Boorara gold project near Kalgoorlie.